Remembering Bella Sobah: ‘She was the greatness in all of us’ 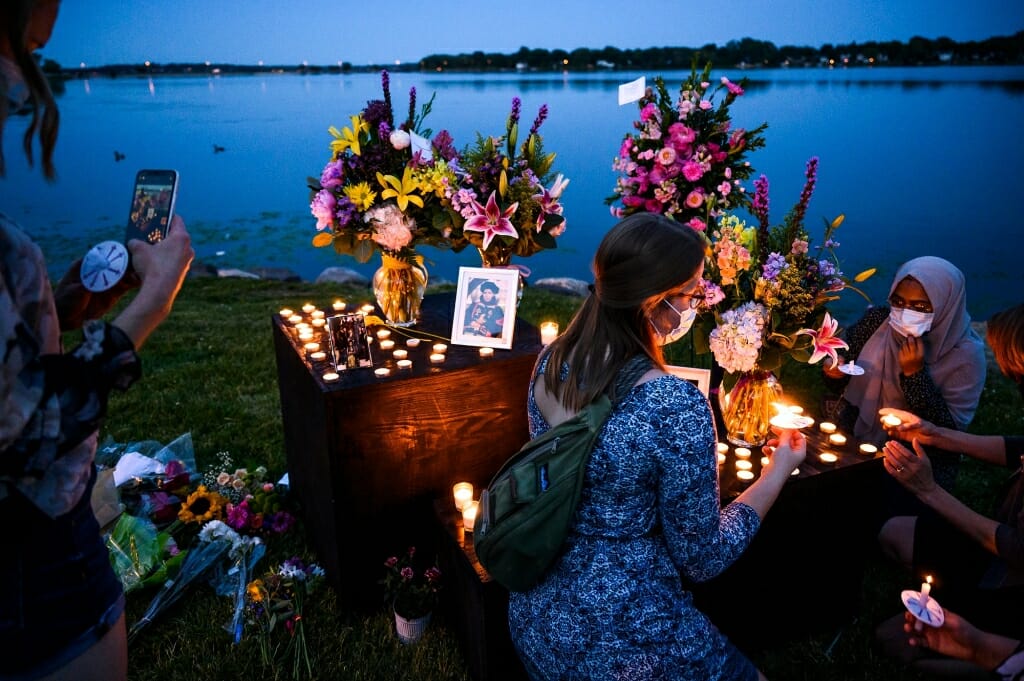 Framed pictures of Bella Sobah are displayed as more than 200 people gather to honor the recent graduate who died unexpectedly. Photo by: Jeff Miller 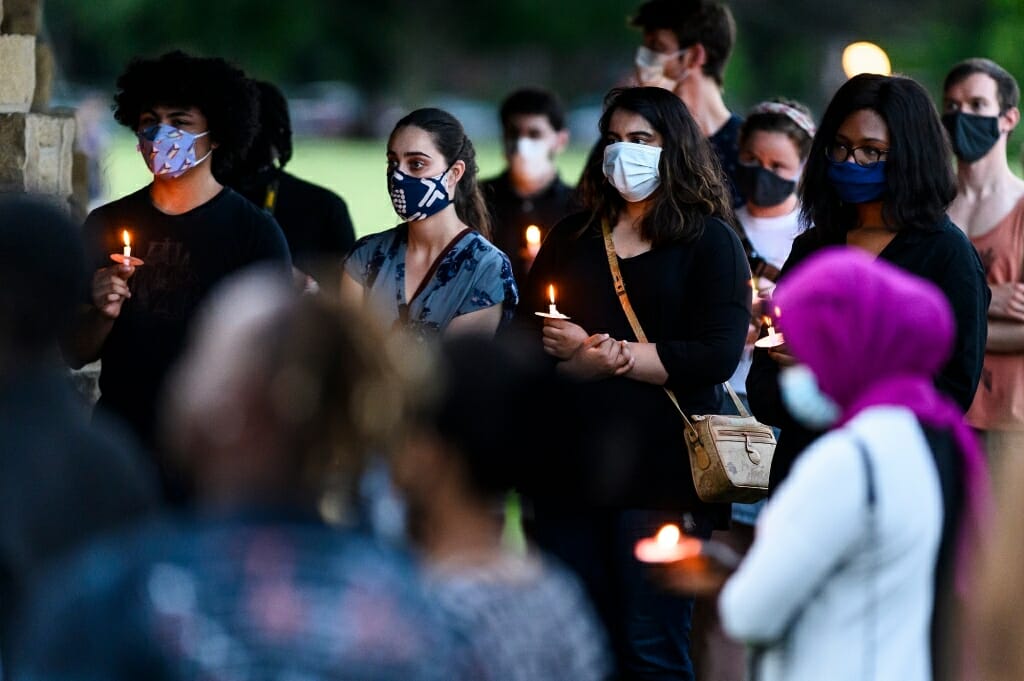 The event was organized by the Black Law Students Association at the UW Law School and Sobah’s family. Photo by: Jeff Miller 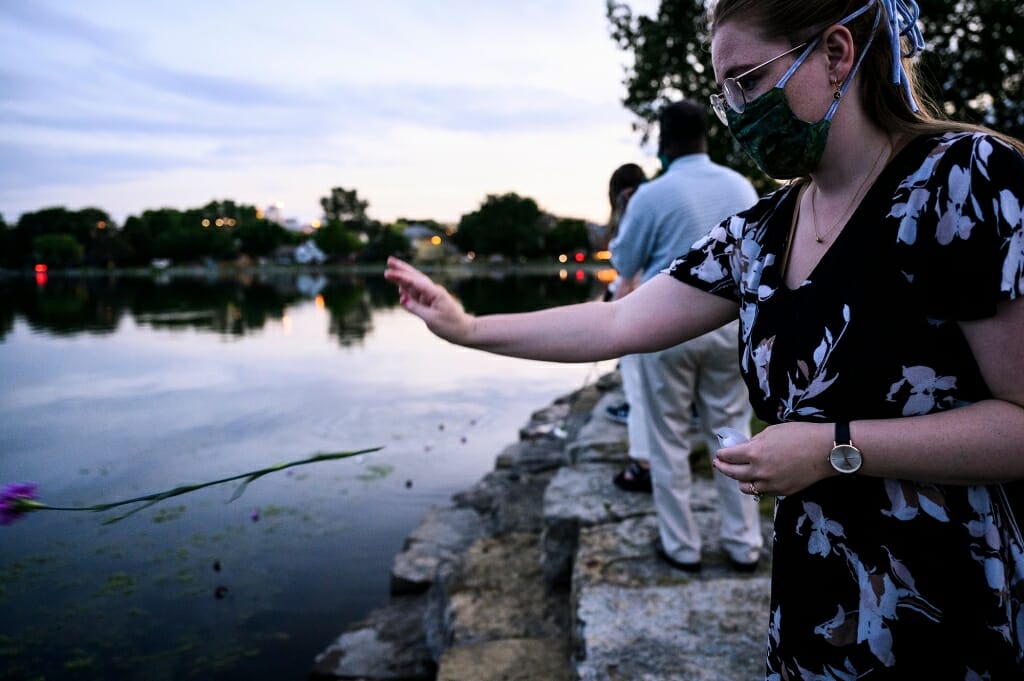 Nina Neff, a friend of Bella Sobah, throws a flower into Monona Bay in remembrance of her. Photo by: Jeff Miller 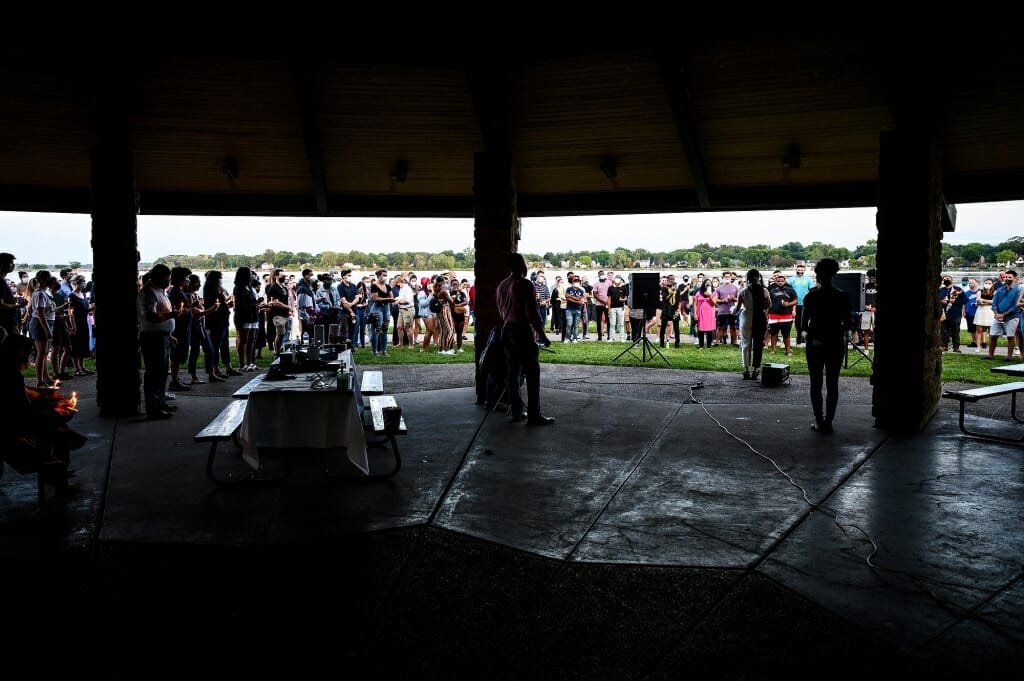 More than 200 people gather to "reflect, mourn and celebrate the life" of Bella Sobah at Brittingham Park. Photo by: Jeff Miller 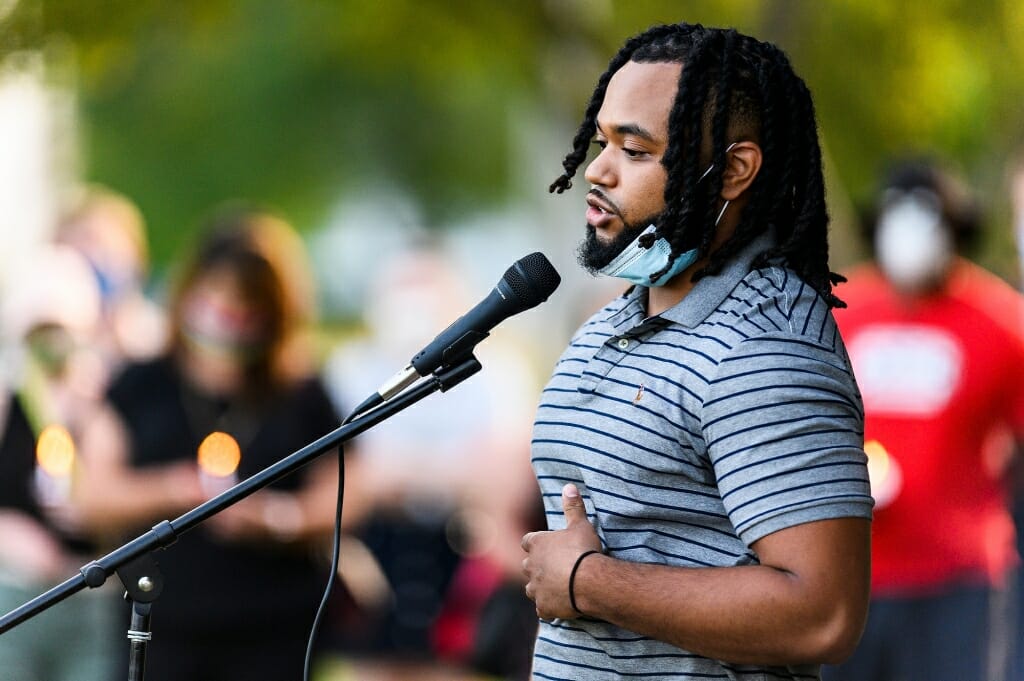 Elias Sobah, A UW–Madison senior, spoke about his sister Bella Sobah: "I always understood her greatness. I looked at her as a superhero in a way." Photo by: Jeff Miller 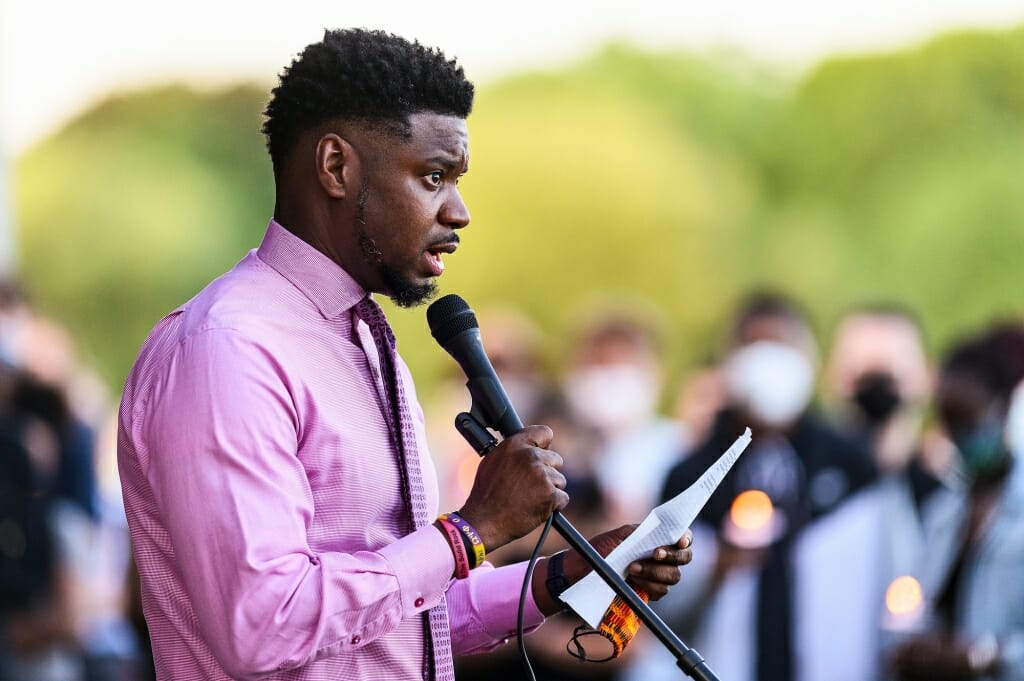 Dane County Circuit Court Judge Everett Mitchell said that when he met Sobah, "I knew I was in the presence of a true activist." Photo by: Jeff Miller 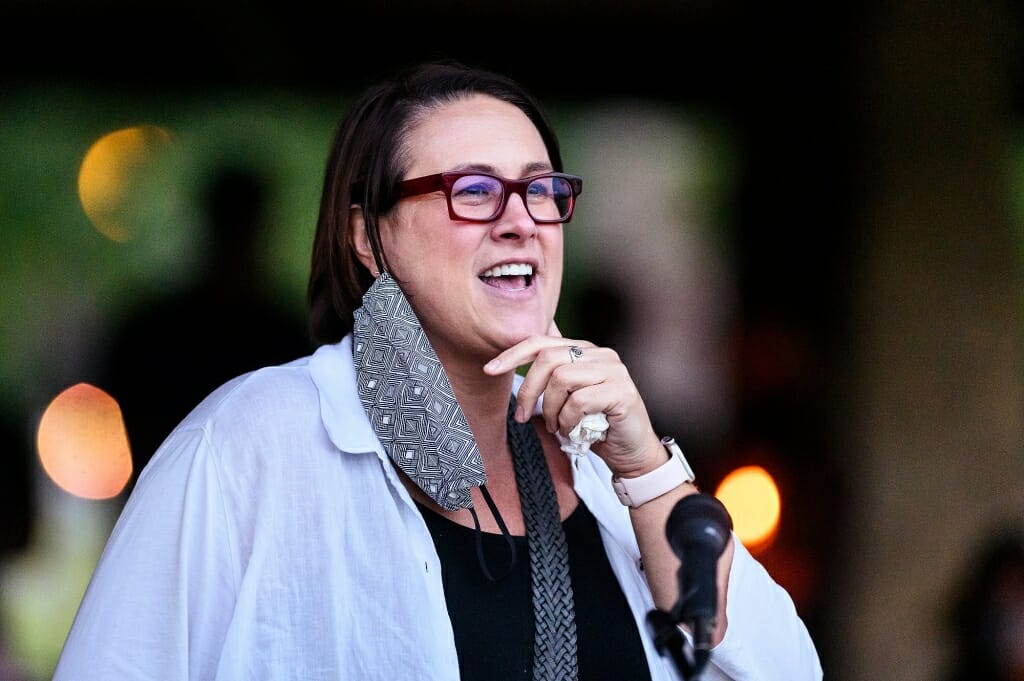 Ahna Skop, a UW–Madison professor of genetics and life science communications, said of Sobah: “Being active listeners, putting yourself in uncomfortable spaces, and befriending someone different than yourself is important for discovering similarities and highlighting the unique qualities that they bring to the table and your life. It allows you to see yourself in a different way and will likely reveal the blindspots you likely have. Everyone's ability to do these things is necessary for others to feel included in any learning environment as well as in society. That's what Bella taught us.” Photo by: Jeff Miller 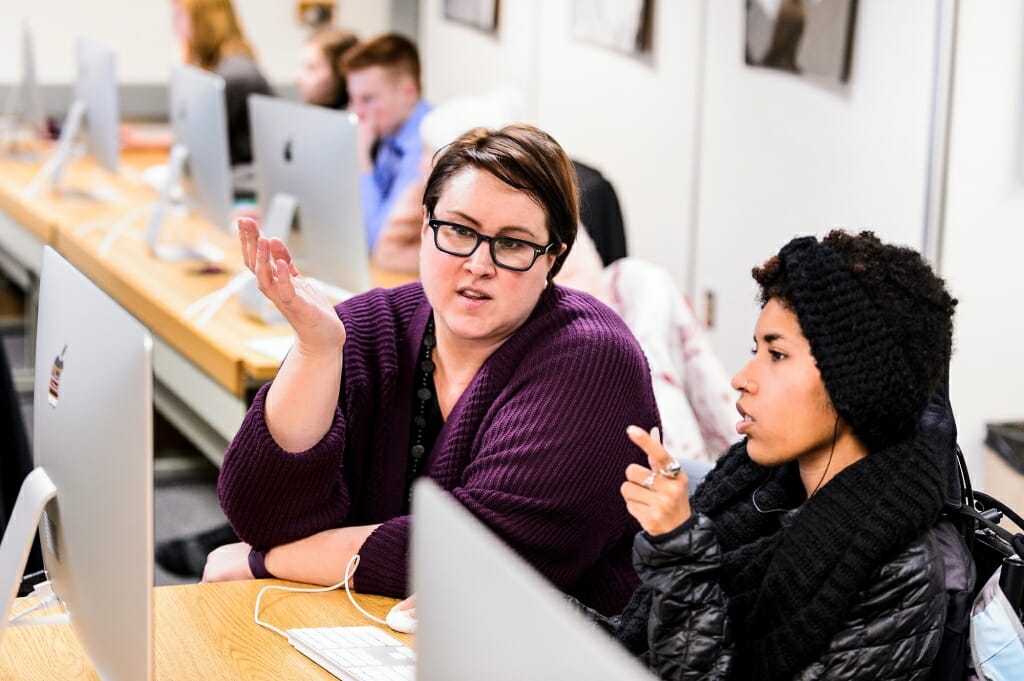 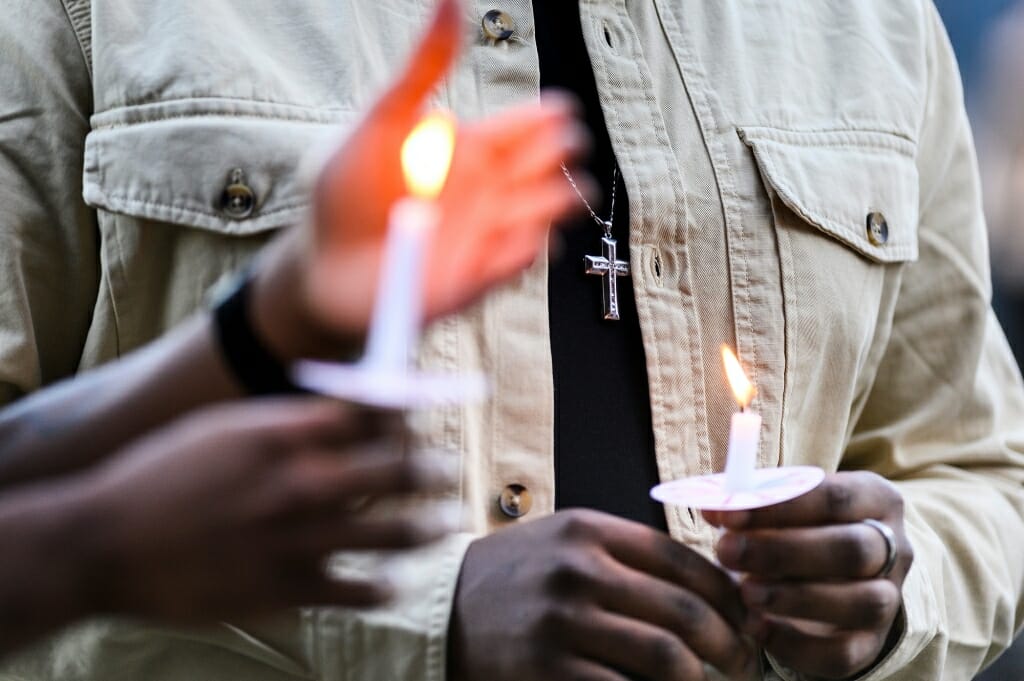 More than 200 people gather to "reflect, mourn and celebrate the life" of Bella Sobah. Photo by: Jeff Miller 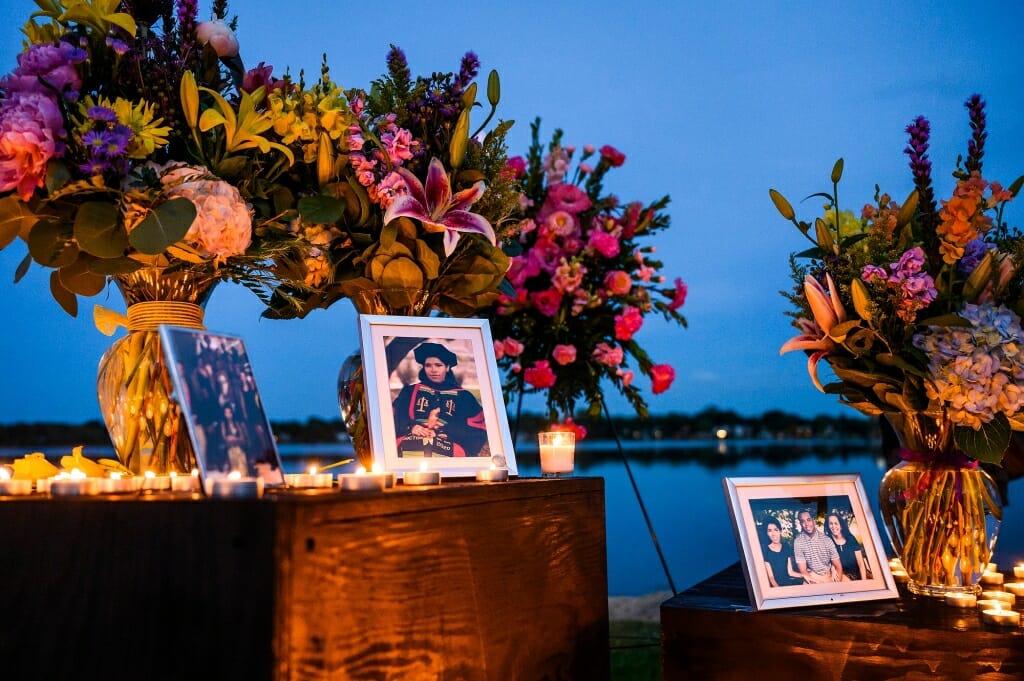 Framed pictures of Bella Sobah are displayed at the candlelight vigil at Brittingham Park. Photo by: Jeff Miller 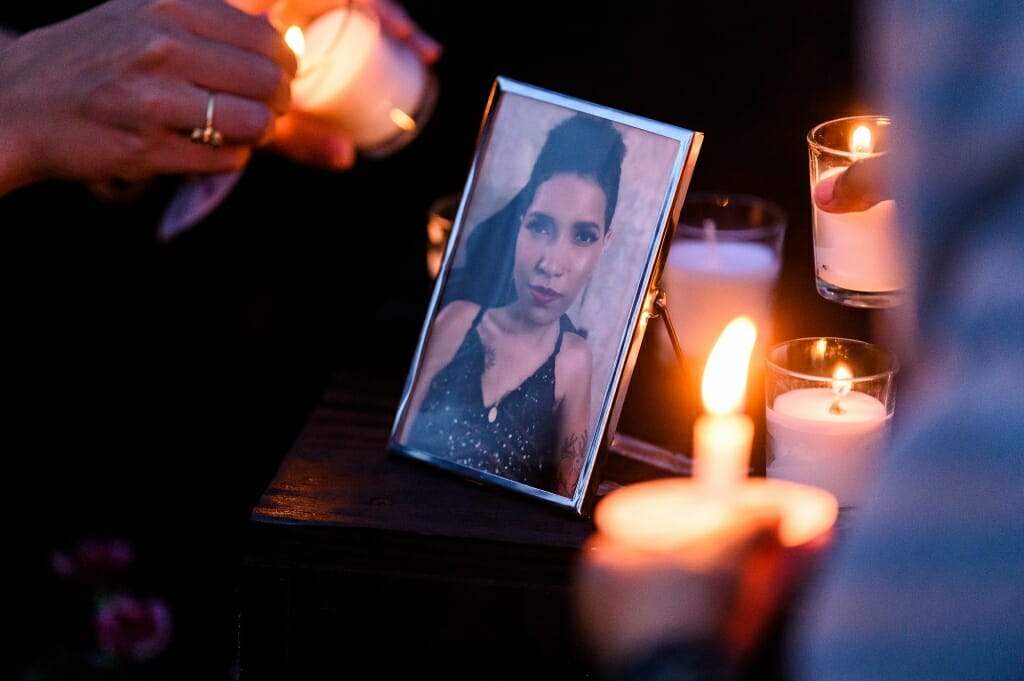 A framed picture of Bella Sobah is displayed. Photo by: Jeff Miller 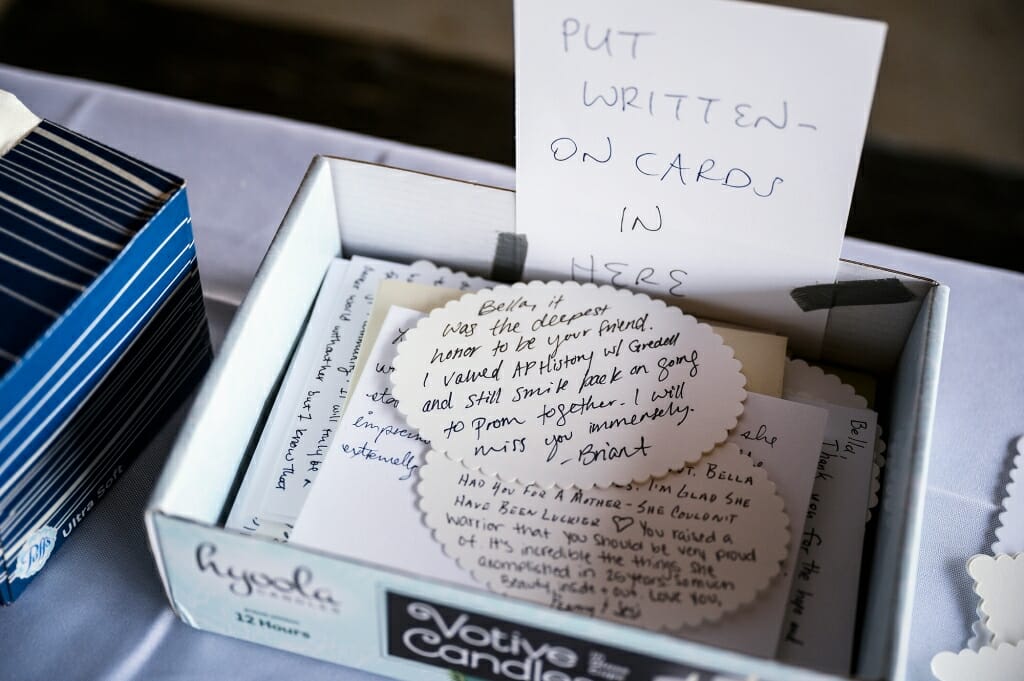 Hand-written cards for a future memory book are collected. Photo by: Jeff Miller

As people gathered Thursday night for a candlelight vigil to honor Bella Sobah, they swayed to the amplified music of Beyoncé.

Sobah would have wanted it that way, organizers said. The recent UW Law School graduate, who died unexpectedly June 18 at age 25, loved everything about the pop icon — her artistry, her activism, her glamour, her uncompromising stands on women’s empowerment and the Black Lives Matter movement.

Sobah embodied many of those same traits, from a strong voice to star power, her friends say.

“Beyoncé is outspoken, and that’s the life Bella wanted to live and was living,” says Gabrielle Tielman-Fenelus, a close friend and president of the UW–Madison Black Law Students Association. “Bella was the Beyoncé of the Law School and all our lives.” 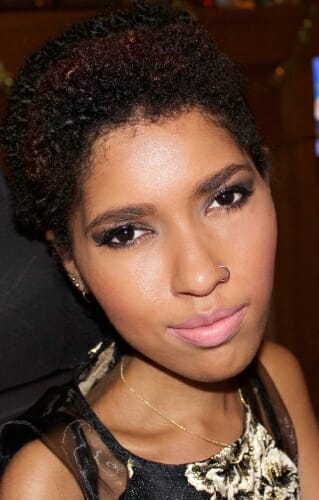 Sobah, a graduate of Madison La Follette High School, earned a bachelor’s degree in genetics from UW–Madison in 2016 and a law degree this past spring from the UW Law School. She had just begun working in the Juvenile Unit for the Dane County District Attorney’s Office.

Dane County Circuit Court Judge Everett Mitchell was among those who spoke at the vigil at Brittingham Park, which was attended by more than 200 people. He recounted how thrilled he was when he heard she had accepted the county job, calling her a “kindred soul.”

“I kept rejoicing on the inside that I would have another activist in the courthouse with me who was not shy about embracing the world of Black beauty, Black beautiful children, Black lives, and that she was going to stand with me as we began to reshape a system to build up our children and our community rather than destroy them,” said Mitchell, who taught a juvenile justice class at the Law School that Sobah took.

Sobah lived with spinal muscular atrophy, a neuromuscular disease that affected her arms and legs. In a 2016 interview, she said she chose to study genetics as an undergraduate in part to gain insights into her health issues. Though a STEM major, she wanted to pursue a law degree so that she could blend her skills from genetics with legal and social issues, including human and civil rights.

“While I’ve had great experiences, some days I’ll look around the lecture hall and see that I’m one of a few Black students, or that I’m the only person with a visible disability,” Sobah, who used a wheelchair, said in the 2016 interview. “I want to change the systematic racism that exists. Even though I know I cannot do it alone, I want to use my skills to make changes.”

Friends and family members say she already was doing just that. She tirelessly advocated for people of color, people with disabilities, immigrants, and the LGBTQ+ community. She was a member of the Black Law Students Association, and she chaired the Disability Rights Commission for the city of Madison.

Her brother, Elias Sobah, a senior this fall at UW–Madison, called her powerful and confident, someone who advocated for herself and others forcefully, but with humility, humor and joy.

Ahna Skop, a UW–Madison professor of genetics and life science communications who taught and mentored Sobah in her genetics capstone class, says Sobah had the personality and the gusto to speak her mind, and she did it in every place and in every space she inhabited. That included the classroom, where Sobah inspired her fellow students with her willingness to share her story and stand up for others, Skop says.

“They listened to her, they learned from her, they lived through her eyes,” Skop says. “She changed their perspective.”

In addition to her integrity and wisdom, Sobah was just plain fun to be around, says Ray Scheid, a UW–Madison graduate student in genetics who came to know Sobah as an undergraduate in Skop’s class.

“She had that kind of personality that everyone was drawn to,” he says. “We were always super-excited to see Bella.”

Skop says it should not go unnoted that Sobah hosted her own radio show on the student station WSUM called “Shut up and Listen,” featuring music ranging from oldies to new hip hop. The show’s title is so fitting today as marginalized voices across the country demand to be heard, Skop says. Bella had been taking this approach — listening to others and their stories — for years.

Thursday night’s vigil was organized by the Black Law Students Association and Sobah’s family. Both of Sobah’s parents are alumni of the university. Her family is planning a closed memorial service for family and close friends of Sobah’s later this summer.

Friends and family members are raising money to establish a fund that will support the various issues and causes throughout the community that Sobah was passionate about fighting, including racial, social, and political injustices. More details can be found here. Additionally, the UW–Madison Genetics Department is planning to create a Bella Sobah Award for Social Justice in Science. Funds can be donated through the department’s Diversity Program Fund here.

Tielman-Fenelus says she is grieving not only personally but on behalf of all those whose lives Sobah will not be able to impact.

“She was the person who was going to change the world,” she says.

In an interview on the afternoon of the vigil, Elias Sobah said he was struggling with whether he would speak that evening. He’s an introvert, he said, and public speaking was more his sister’s thing. Yet he was leaning toward saying something. “My sister would have done this for me,” he said.

Ultimately, he spoke to the crowd, telling them, “She was the greatness in all of us.”

“She started something that should never die.”