Badger behind the Olympic scenes 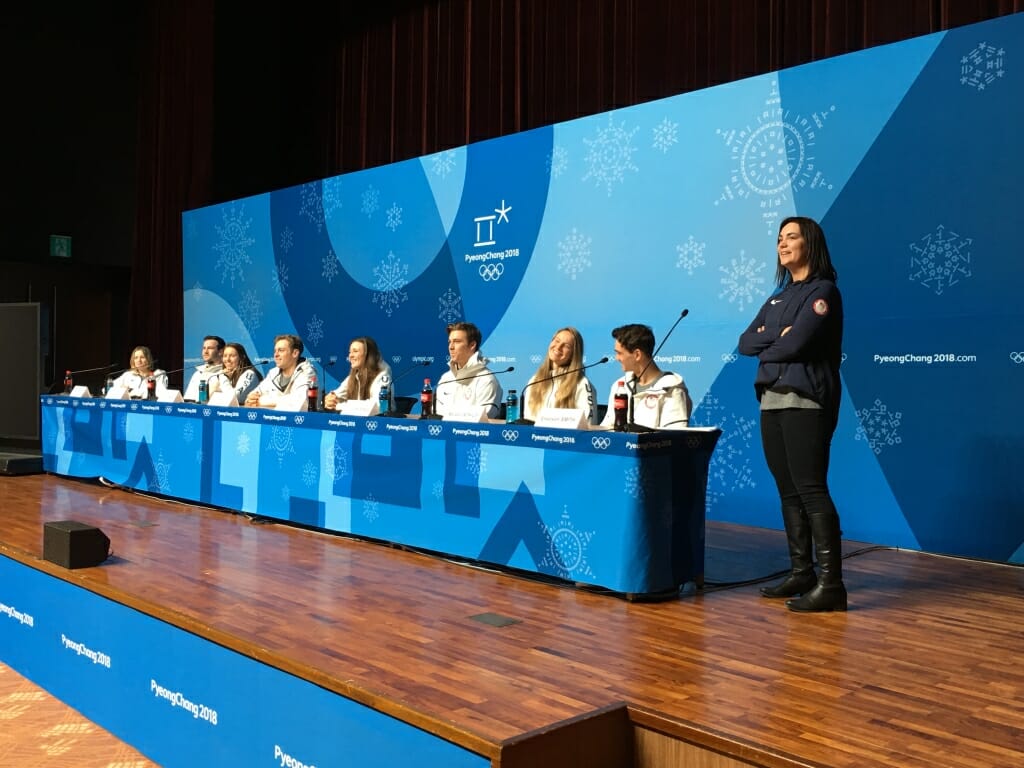 While nearly 28 million people from all over the world watched the Olympic opening ceremony from the comfort of their home, Caitlin Furin got to see it in person.

“Watching an opening ceremony, you realize how big the Olympic movement is and how it brings everyone together,” Furin says. “It is something I will never forget.”

The Badger alum is in PyeongChang, South Korea, traveling with the U.S. Ski & Snowboard team as its communications and public relations manager. She grew up in Hibbing, Minn., and graduated from UW–Madison in 2013 with a degree in journalism and strategic communications.

Her role includes coordinating media appearances, pitching stories and other PR-related activities. For her, the best part is working with the athletes and helping share their stories. 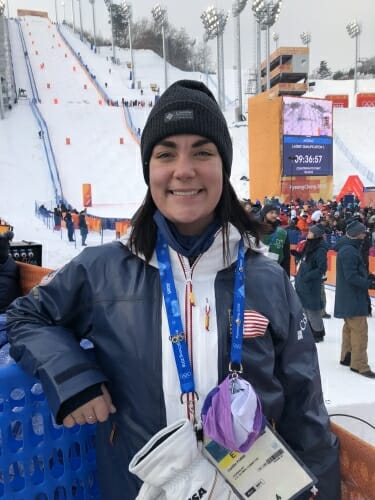 It also has its challenges, in particular maintaining a sense of balance and prioritization. Multiple media requests and schedules have to be juggled. She credits her time at UW–Madison with helping prepare her for this role.

“I feel like I got a lot of real world experience in the J-School. I worked for the Daily Cardinal for a few semesters,” Furin says. “The entire curriculum combined with the access to extracurricular activities helped me become well-versed in a variety of things that allowed me to hit the ground running once I graduated and I continue to call on those experiences and the confidence they gave me.”

Furin was also in the Study Abroad program, something that has definitely helped in her many travels.

“When I made the decision to study abroad, I was actually pretty nervous about it, since I had never spent a ton of time out of the country,” Furin says. “But it was by far the best decision I made in college.”

In November, UW–Madison ranked No. 1 for semester-long study abroad participation among all U.S. public institutions, and No. 14 among all U.S. universities and colleges for total students studying abroad, up two positions from the previous year, according to the Open Doors Report.

“After my study abroad experience, I became much more independent and comfortable with traveling, which has been a huge benefit since I travel for work quite a bit now,” Furin says. “The more you travel, the better you get at it and the more you figure out how to take advantage of being in a new place, whether it’s for a few months or a few days.”

She’s gotten to try some fun foods, like kimchi (Korean pickled cabbage), pickled beans and pickled peppers. Furin plans to continue expanding her palate — but she did bring along some Clif bars. The schedule is busy and having some grab-and-go grub is a must.

Better than the food of South Korea are the people she’s met.

“They are so welcoming and helpful,” Furin said. “Every interaction with them has been wonderful and I really admire that being nice and genuine is such big part of their culture.”

Furin has been cheering “On Wisconsin” while watching Badgers compete with Team USA and reminiscing about warm days on the Terrace. She looks back with gratitude that she decided to leave the comfort of campus for seeing the world and encourages others to put aside their fear and pack a suitcase.

“Studying abroad can be a different experience for each individual person, but something that I think everyone can take advantage of is being in a position where you can learn about and embrace a culture that’s completely different than your own,” Furin says. “It encourages you to be open-minded and willing to try new things, two characteristics that can benefit you in many situations across all paths of life.”