Bacteria may supercharge the future of wastewater treatment 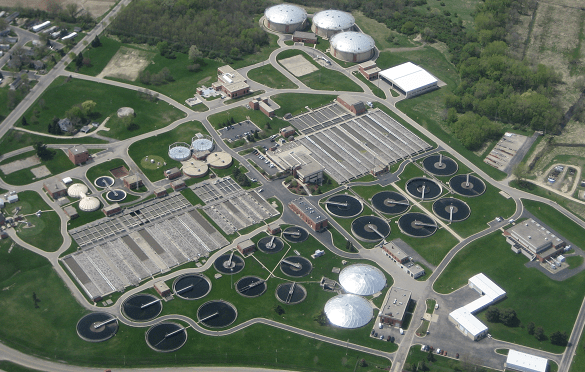 Wastewater treatment plants have a PR problem: People don’t like to think about what happens to the waste they flush down their toilets. But for many engineers and microbiologists, these plants are a hotbed of scientific advances, prompting their trade organization to propose a name change to “water resource recovery facility.”

That’s because wastewater from our sinks, toilets, showers and washing machines can be turned into valuable products with the help of scientists and unique bacteria — some of which were discovered only by chance as recently as the 1990s.

These latecomers to the research scene, called anammox bacteria, are the subject of a new study led by Daniel Noguera and Katherine McMahon, professors of civil and environmental engineering at the University of Wisconsin–Madison. Results of their research were published today (May 31, 2017) in the journal Nature Communications. 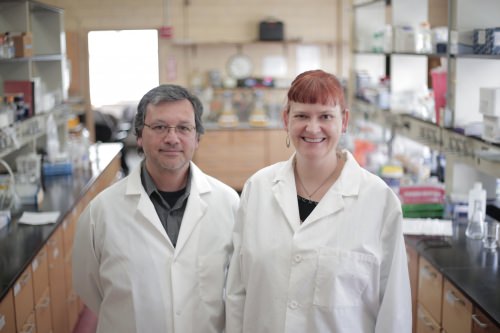 The bacterium’s name reflects its function: It turns ammonium into nitrogen gas under anaerobic (oxygen-free) conditions. Researchers and treatment plant operators alike are excited about these microbes because they have the potential to save a great deal of money.

“Being able to remove ammonium anaerobically is pretty important because about 50 percent of a sewage plant’s operating cost is pumping oxygen into the water,” Noguera says. “Some of this oxygen is needed to remove ammonium with the conventional method.”

But anammox bacteria don’t tackle their job in isolation. They are part of a community, complex like the microbiome in our gut that breaks down food and keeps us healthy in many other ways. It’s this community that was the subject of the new study.

“We knew very little about the role of the bacteria that coexist in anammox granules,” Noguera says. “For the first time, our study identified detailed gene expression levels in these granules. This provides important clues on what the anammox bacteria and their partners might actually be doing, and how they interact.”

These partners are called heterotrophs, since they rely on the anammox bacteria —which are primary producers (or autotrophs), like plants capable of photosynthesis — to turn atmospheric carbon dioxide into organic carbon. Among the most intriguing results of the new study are hypotheses for the exchange of biochemical material between these two groups of microbes. 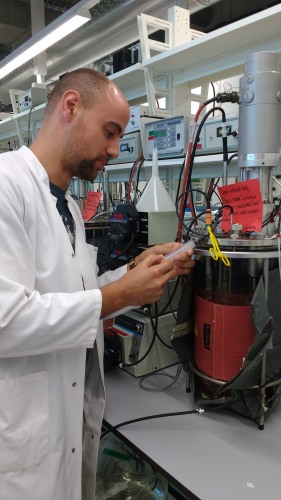 A conventional wastewater treatment plant converts ammonium, which is toxic to fish, into nitrogen gas and nitrate. Nitrogen gas is released into the atmosphere, while nitrate — an important plant nutrient — stays in the treated water. Regulations on the amount of nitrate that may be released vary by state, but excess nitrate contributes to algal blooms in natural bodies of water, depleting oxygen levels for aquatic organisms.

An additional advantage of anammox bacteria, compared to conventional wastewater treatment, is that they convert a larger amount of ammonium to nitrogen gas.

Treatment plant operators now have to weigh the advantages of these new microbes against their implementation challenges. Anammox bacteria grow very slowly, taking about seven days to double in number. And they require closely monitored oxygen and temperature cycles, increasing operational complexity.

But anammox reactors are not the only option for the treatment plant of the future to extract valuable resources from wastewater. In fact, some plants already produce more energy than they need to operate from the biogas that forms during the breakdown of organic material.

“Ten years from now, the typical treatment plant will probably look pretty different from today,” Noguera says. “Recovered resources may not only include clean water and energy, but also a variety of chemicals, such as fertilizers and precursors of plastics and fibers. As part of this evolution, I believe anammox reactors will soon become conventional.”

The UW–Madison team, which includes lead author Christopher Lawson, a graduate student in civil and environmental engineering, and Joshua Hamilton, a postdoctoral researcher in bacteriology, collaborated on the study with Ramesh Goel’s lab at the University of Utah.

This research was funded in part by the National Science Foundation (CBET-1435661, MCB-1518130) and a training fellowship from the Natural Sciences and Engineering Research Council of Canada.