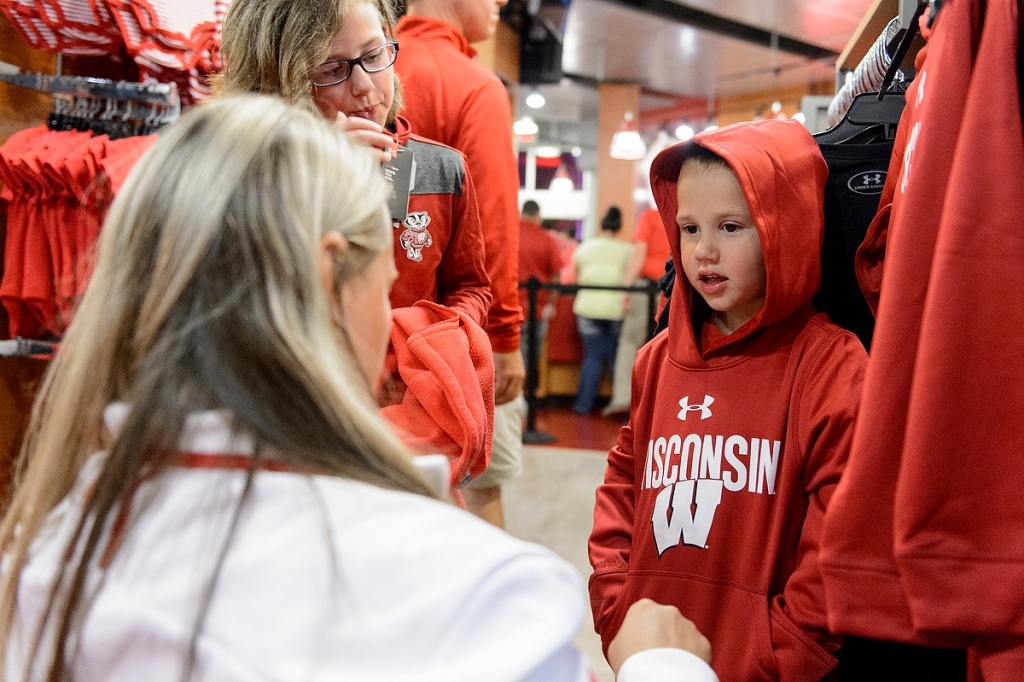 A boy tries on a UW sweatshirt at the University Bookstore. University of Wisconsin–Madison royalties from the sale of licensed merchandise set a record in 2015-16. UW-Madison

Royalties from the sale of licensed UW–Madison merchandise set a record in 2015-16, exceeding $4.4 million.

Trademark Licensing Director Cindy Van Matre credits the jump to strong seasons for football and men’s basketball, effective program management, and an increase in the royalty rate the university charges from 10 percent to 12 percent.  (Van Matre retires this week; click here to read her reflections on what she’s seen on the job.)

Nearly $4 million of the funds has been transferred to the Student Financial Aid Office and to the Athletic Department, with each receiving $1.95 million. The money supports Bucky Grants, a program that provides need-based financial aid to undergraduates. Trademark Licensing has transferred $16.4 million to the program since June 2001.

Companies must be officially licensed to produce items bearing any verbiage and logos associated with UW–Madison, including the Bucky Badger likeness, the Motion W and the Crest W logo. The university currently has about 350 licensees.

Brands and suppliers are required to adhere to a code of conduct. The code addresses such issues as workers’ wages and working conditions. If violations occur, a licensee must correct the problem or risk having its relationship with the university terminated.

The final top 25 rankings of Collegiate Licensing Company-represented schools were as follows: