Photo gallery At UW–Madison’s Antarctic outpost, they take this kind of weather in stride

Temperatures in Madison rivaled those in Antarctica on Wednesday and Thursday, prompting the city to all but shutter its doors. Even the university took the rare step of closing. But for researchers at UW–Madison’s IceCube project, an enormous particle telescope built in the ice beneath the South Pole, it was just another day at the office with temps well below freezing — like they are most days. Two IceCube staff members have to stay at the observatory year-round to help maintain it, and these “winterovers” find creative ways to pass the time. This year’s winterovers, Kathrin Mallot and Benjamin Eberhart, ran a half-marathon around the pole earlier this month. They’re also installing new equipment while the sun still shines overhead 24 hours a day. As Madison waits anxiously for spring, Mallot and Eberhart prepare to settle in for the long, sunless Antarctic winter. 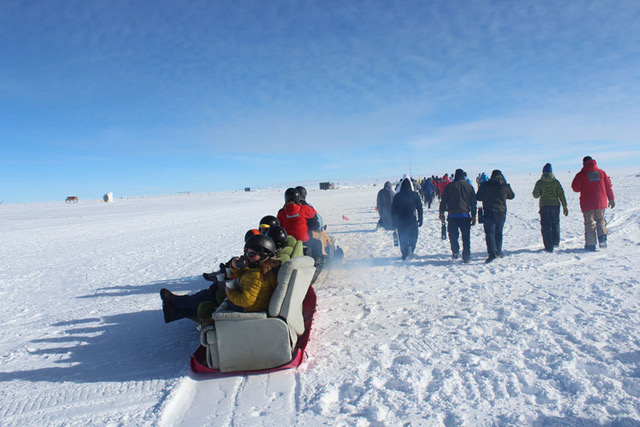 1 The annual “Race Around the World” at the South Pole on Christmas Day 2018 — a fun run that circles around the South Pole, traversing all of the world’s time zones A. Greeley, National Science Foundation 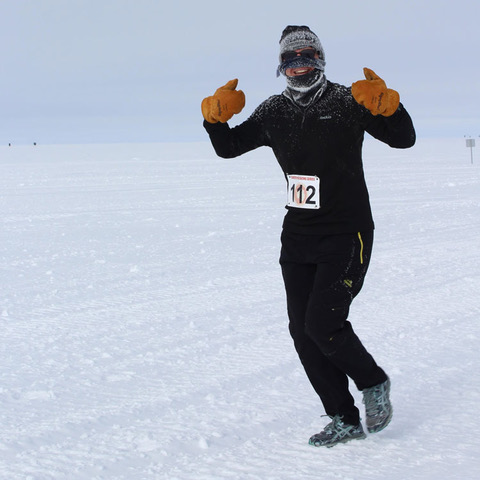 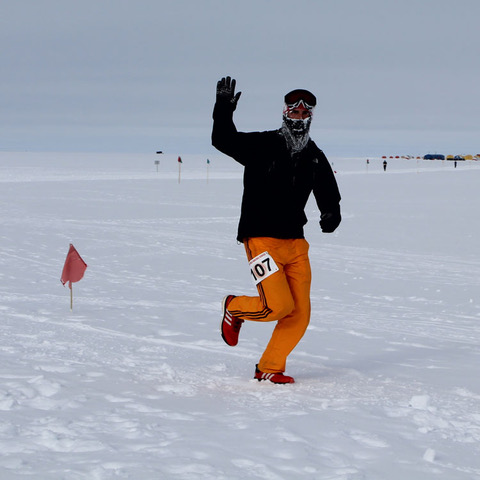 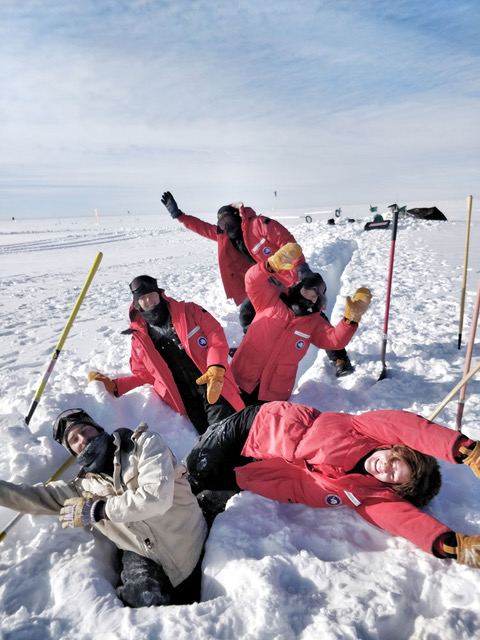 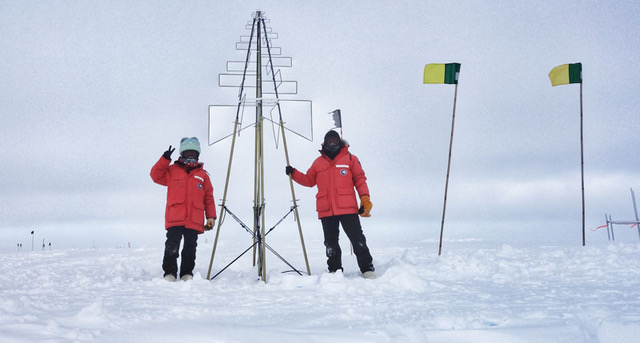 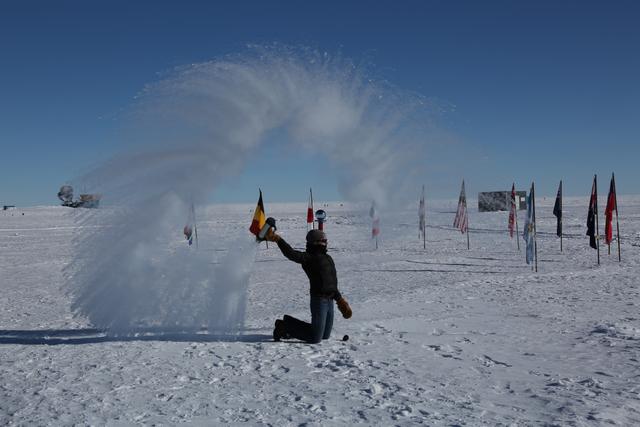 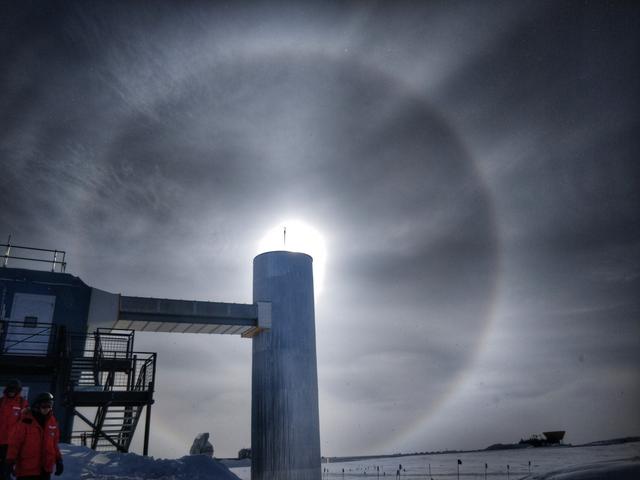 7 A halo around the sun with the IceCube laboratory in the foreground in January 2019. Lu Lu, IceCube/National Science Foundation