University of Wisconsin–Madison Professor of Astronomy Snezana Stanimirovic has received a 2019 Guggenheim Fellowship.

Stanimirovic is one of 168 scholars, artists and writers awarded the fellowship on the basis of both prior achievement and their expected future contributions to their fields. The John Simon Guggenheim Memorial Foundation awards the fellowships, which support further scholarship. 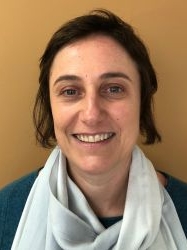 After studying in her native Serbia and then Australia, Stanimirovic joined the Arecibo Observatory, a massive radio telescope in Puerto Rico, for her postdoctoral research. She has continued to use both radio and infrared astronomy to address questions about star formation in and around the Milky Way by probing the properties of interstellar gas, a rich medium between the stars full of diverse molecules.

“Right now, one of our big goals is trying to understand what makes galaxies form dense molecular gas,” says Stanimirovic. “There’s so many things we still don’t know about how molecules form in interstellar space.”

The fellowship will support two projects. One is to try to understand how more complex molecules begin forming in these clouds of gas, the first step toward star formation. The second project will use the Karl Jansky Very Large Array — a suite of radio telescopes in New Mexico named for the UW–Madison alumnus who helped found radio astronomy — to understand how these gas clouds form and replenish themselves.

Stanimirovic joined the faculty at UW–Madison in 2006. She has been elected a fellow of the American Association for the Advancement of Science and was awarded the Vilas Associate award by the university in recognition of her high-quality research.