Microbiologist Jan Peter van Pijkeren looks at probiotics — those microbes thought to provide health benefits in our bodies — as more than just friendly bugs. He sees a way to target disease-causing bacteria without producing more drug resistance in a world glutted with antibiotics.

Van Pijkeren, a University of Wisconsin–Madison assistant professor of food science in the College of Agricultural and Life Sciences, is looking to probiotics as a way to sneak in antibiotic-free treatment for Clostridium difficile, or C. diff, a resilient gastrointestinal pathogen that causes pain, diarrhea, and potentially life-threatening inflammation of the colon. By loading the probiotic bacterium Lactobacillus reuteri with viruses targeted at C. diff, van Pijkeren aims to deliver genetic instructions that cause the pathogen to self-destruct. Van Pijkeren’s research explores new ways to fight the microbes that cause disease against a backdrop of increasing concerns about antibiotic resistance and recognition of the positive role probiotic microbes play in our bodies. 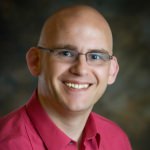 In an ironic twist of fate, C. diff often colonizes the gut after antibiotics wipe out the microbial communities that normally keep it at bay. Infections often happen in hospitals where antibiotics are administered and are becoming more common. Additional antibiotic treatments targeting C. diff don’t always work, and the infection recurs in as many as 20 percent of patients.

Fecal transplants, which recolonize the intestines with healthy microbial communities, have proven effective in many cases. But they involve the transfer of unknown groups of microbes, and the long-term effects of wholescale community transfers are still murky.

“The downside of antibiotics is they are a sledgehammer that depletes and destroys the gut microbial community,” says van Pijkeren. “You want to instead use a scalpel in order to specifically eradicate the microbe of interest.”

Van Pijkeren thinks that L. reuteri, a probiotic bacterium found in many foods and the intestines of most animals, could be that scalpel. His team was able to amplify the natural ability of their strain of the bacterium, originally isolated from human breast milk, to survive its trip through the gut by 100-fold. This hardiness makes the microbe an attractive candidate to deliver antibiotic-free treatments past the harsh environment of the stomach to the intestines where C. diff resides.

Van Pijkeren’s idea, in collaboration with Rodolphe Barrangou at North Carolina State University, is to use one of C. diff’s own defense mechanisms, called CRISPR, against it. CRISPR is a genetic surveillance system that bacteria use to protect themselves from invading viruses, which inject DNA into bacterial cells to try and replicate, much like how flu or cold viruses infect human cells. If a bacterium has the right sequence of DNA that matches an invading virus, it can use the CRISPR system to cut the viral DNA, inactivating it and protecting the cell from infection.

“I think it’s pretty fascinating than an organism like Lactobacillus in such low numbers and small amounts can actually have a health benefit.”

This ability to cut specific sequences of DNA has been used by scientists to genetically engineer a wide range of organisms in order to conduct research or to develop new biological products and potential therapeutics. The van Pijkeren lab has been developing CRISPR to genetically engineer L. reuteri as part of their research program. Now, they want to co-opt the system by delivering DNA targeting C. diff’s own chromosome. That DNA will be injected by C. diff-specific viruses, which will hitch a ride into the intestines inside L. reuteri.

If it works, C. diff will unwittingly cut and degrade its own DNA, permanently damaging it and preventing the pathogen from multiplying and doing more damage. Because both the viruses and the genetic instructions are targeted at C. diff, no helpful bacteria should be harmed, van Pijkeren believes.

Working with Barrangou, van Pijkeren has engineered L. reuteri to produce viruses that target lactic acid bacteria, an initial step toward getting the probiotic to produce C. diff-specific viruses. They are also developing ways to induce the probiotic to release these viruses at the right time inside the gut.

If these lab tests go well, van Pijkeren’s goal is to start testing the system in a mouse model of C. diff infection in about a year. His current work is supported by a grant from the National Institutes of Health aimed at discovering ways to fight pathogens without antibiotics.

“I think it’s pretty fascinating than an organism like Lactobacillus in such low numbers and small amounts can actually have a health benefit,” van Pijkeren says. “To then exploit these microbes to deliver therapeutics is very appealing because we know humans have been safely consuming them for thousands of years.”