UW–Madison engineers built scale models of military platforms to test the efficiency of radio broadcasts. Heat maps of the signal intensity overlaid onto photos of the devices indicate that the low profile platforms transmit communications comparably to existing antennas. Courtesy of Nader Behdad

High-frequency antennas transmit radio waves across vast distances and even over mountain ranges using very little energy, making them ideal for military communications. These devices, however, have one big problem: They need to be huge to operate efficiently.

Instead of adding more bulk, University of Wisconsin–Madison engineers are working to increase the effective size of antennas by turning the military vehicles that carry them into transmitters — using the structures that support the antennas themselves to help broadcast signals. 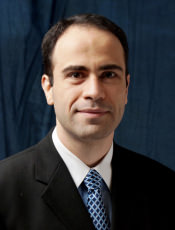 Troops in remote locations need to communicate by radio and move quickly, unencumbered by heavy and unwieldy equipment. However, antennas need to be at least one-quarter the length of the radio waves they transmit in order to operate efficiently. High-frequency military signals use radio waves ranging from roughly a football field in length to the distance of a successful first down — 10 yards. Even at the small end, the ideal size for an antenna is taller than an average adult.

“Unsurprisingly, we don’t use antennas that are that big,” says Nader Behdad, an associate professor and Harvey D. Spangler Faculty Scholar in electrical and computer engineering at UW–Madison. “Putting a big, long antenna on top of an amphibious assault vehicle would be too high-profile.”

Short antennas lighten loads at steep costs to performance. The devices are inefficient, dissipating as much as 90 percent of input power as useless heat instead of useful broadcast radio signals.

“The problem is that antennas that are a small fraction of the wavelength can’t really communicate over long distances, and data rates cannot be as fast as they should be,” says Behdad.

Increasing the size of an antenna without adding to its physical dimensions sounds impossible. However, real-world military antennas are almost always attached to other things — for example, large, metallic objects like trucks and armored transport or amphibious assault vehicles — and Behdad realized that these structures themselves could broadcast radio signals. 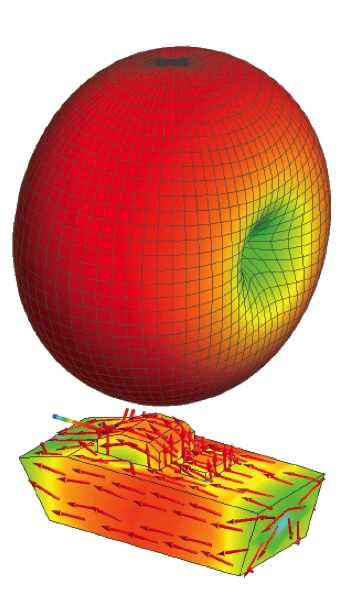 “We are proposing to use the platform itself as the antenna,” says Behdad, whose research is supported by a $550,000 grant from the U.S. Office of Naval Research. “It’s a clever way to go around the limitations set by the laws of physics. From a practical point of view, the volume of the object on the military platform is the same, but we’ve effectively achieved a larger antenna.”

Turning trucks into transmitters not only makes antennas more efficient, but also enhances communication in the field by enabling one device to send and receive multiple types of information.

Separate transmitters handle internet data, Bluetooth connections, and cellphone calls, because each signal uses a particular bandwidth. As a result, military vehicles sprout metal forests of ungainly antennas high overhead. Some scientists have speculated that a yet-undiscovered material with unusual properties could pave the way to ultra-wideband antennas that could handle several broadcast types simultaneously, but those predictions remain unsubstantiated.

Behdad’s practical approach to increase the size of antennas by using the platform they stand on as broadcasting equipment finds a loophole in those laws that doesn’t rely on any exotic materials. His team has already demonstrated a proof of principle using computer simulations and scale models of simple military platforms. Behdad is recruiting students to further develop practical applications.