American voices from the past live again, as DARE recordings available online 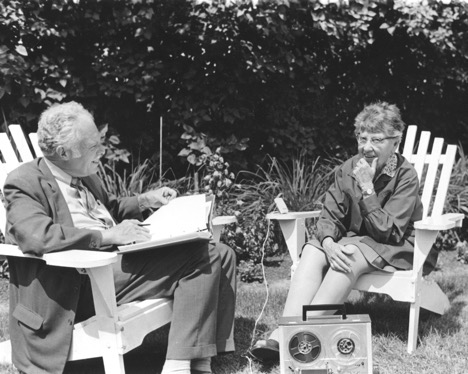 Former DARE Editor Fred Cassidy interviewing local respondent in 1965. Cassidy, DARE’s founding editor, was appointed by the American Dialect Society in 1962, started the fieldwork in 1965, and remained part of the project until his death in 2000. UW-Madison Archives

Fifty years after their voices were captured on tape, Americans who were interviewed for the Dictionary of American Regional English (DARE) are speaking again.

“Their voices come to us over the decades, echoing the diversity and personality of America,” notes Dr. Robert H. Moore, founding member of DARE’s Board of Visitors. “These audiotapes are an entertaining and instructive component of a singular scholarly achievement,” he said.

Between 1965 and 1970, DARE Fieldworkers talked with nearly 3,000 people in 1,002 communities, large and small, across the United States. Their responses to the DARE Questionnaire formed a basis for the entries in the six-volume Dictionary of American Regional English (1985-2013) and Digital DARE (2013).

Many of those individuals agreed to have their voices recorded, both in casual conversation and in the reading of “The Story of Arthur the Rat” (devised to elicit the essential differences in pronunciation across the country). Now the recordings, more than 1,800 of them, are freely available online, hosted by the University of Wisconsin’s Digital Collections Center.

The database is easily searchable by topics of conversation or by biographical or geographical characteristics of speakers.

“These recordings will be of inestimable value to linguists and teachers,” said Allan Metcalf, Executive Secretary of the American Dialect Society, “but they will also be prized by social historians and individuals tracing their own cultural roots.”

DARE staff, students, and volunteers have recently completed a four-year project to remove personal or sensitive information to protect the privacy of the speakers while still preserving public names of historical value. The recordings provide incomparable data about dialect variation in the United States. Listeners will hear many regional accents, some of which  have now largely disappeared. The recordings are also a treasure trove of oral history from the 1960s. 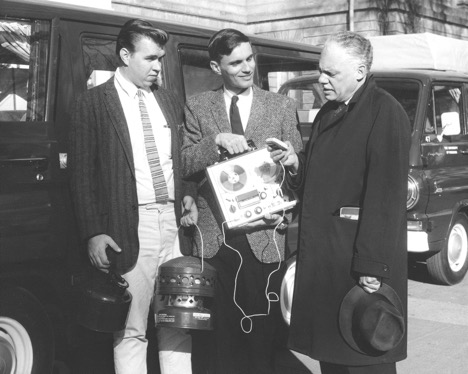 Speakers talk about their families, their communities, their occupations, and their beliefs. Through these conversations, we learn about topics ranging from home remedies to burial customs, scuba diving to square dancing, making moonshine to landing on the moon. We hear frank discussions about religion, race relations, civil rights, military service from World War I through the Vietnam War, and political skirmishes from the local to the national level. We may not agree with all the opinions expressed, but listening to them is an enlightening and often heartwarming experience. 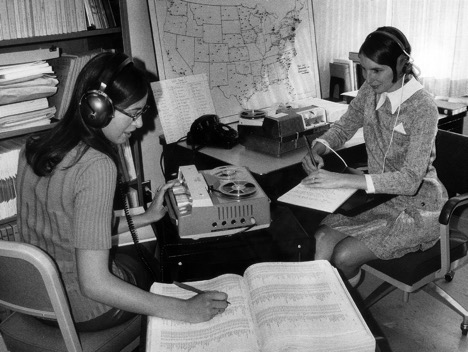 Student assistants listening to audio recordings around 1970, as they help create the Dictionary of American Regional English. UW-Madison Archives

“We can learn about our past through textbooks or documentaries, but hearing the voices of our forebears offers us a unique window into American life and culture,” says Joan Houston Hall, DARE’s Chief Editor Emerita.

Digital DARE allowed users to hear snippets of individual conversations. Those tantalizing tidbits have now been supplanted by a full repast: more than 900 hours of conversation from people who were the friends, neighbors, and families of our parents and grandparents. The Fieldwork Recordings of the Dictionary of American Regional English are a time capsule of American voices made available to 21st-century ears.