The Amazing Grace chorus is supported by University of Wisconsin–Madison and composed of people with Alzheimer’s disease – and their caregivers. The chorus exploits a chink in the armor of dementia: musical abilities are relatively exempt from attacks on the neural basis for memories.

Before the performance on Saturday, member Steven Mays, a resident of Menomonee Falls, said the chorus is much more than just singing. “You are around other people who have issues like yourself, the tension goes away; it’s a very enjoyable atmosphere.” 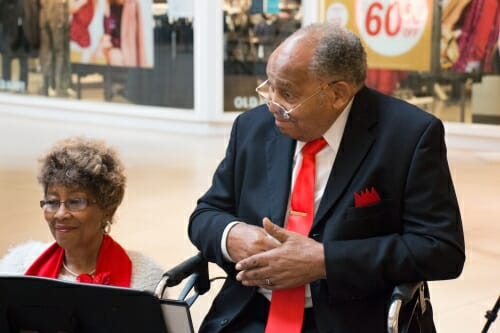 The chorus mixes caregivers and people with dementia; to encourage social contact, the pairs seldom sit side-by-side at performances. “When you look at the chorus, you can’t tell if that particular person has Alzheimer’s or is the caregiver,” says chorus member Pearl Cannon. The benefits are significant, but not always predictable, she adds, noting changes in her husband, Charles. “Before, we didn’t travel much, but the more we traveled, the more he wanted to travel.”

The Amazing Grace chorus project began in the summer of 2014, based on a chorus program that began at New York University that showed that learning new songs and singing helps improve memory and mood. Amazing Grace is part of the Wisconsin Alzheimer’s Institute, a UW–Madison project focused on the most common type of dementia, which affects more than 20 million American individuals, families and caregivers.

“The Wisconsin Alzheimer’s Institute provides information, education, research, outreach, advocacy and service programs to help improve lives, advance knowledge and inspire hope,” says Institute director Jane Mahoney, a professor of medicine. The institute is “committed to partnering with organizations, clinics, healthcare professionals and communities to create a reliable and accessible public environment in which Alzheimer’s disease and related dementias are widely recognized, understood based on the most up-to-date information, and aggressively and appropriately treated.” 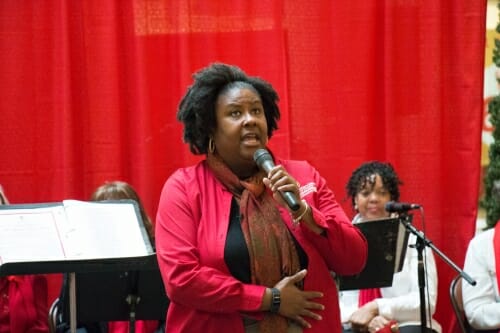 Gina Green-Harris, director of the Milwaukee office of the Wisconsin Alzheimer’s Institute, says “African Americans are almost twice as likely to develop some form of dementia, compared to whites.” David Tenenbaum

Amazing Grace builds on a long network of relationships among its members, founders, and leaders, and on the tradition of African-American church music.

“We welcome everybody, but dementia is especially common among minorities,” says Gina Green-Harris, who directs the regional Milwaukee office of the Wisconsin Alzheimer’s Institute. “There is the challenge of getting a diagnosis in a timely fashion, due to healthcare access, public understanding of the disease, and other diseases a person may have. A disproportionate number of folks of color get the disease, but we’re not sure why that is, so we’re trying to increase the number of African Americans in research studies. And we’re doing things to reduce the risk or the impact of the disease, so we can have some quality of life along the journey.”

As part of its broad effort to combat dementia, the Wisconsin Alzheimer’s Institute offers early diagnosis at “memory clinics” to thousands of Wisconsin residents each year. It also connects state residents who have dementia to programs to reduce the isolation and stress, and supports research into Alzheimer’s prevention. 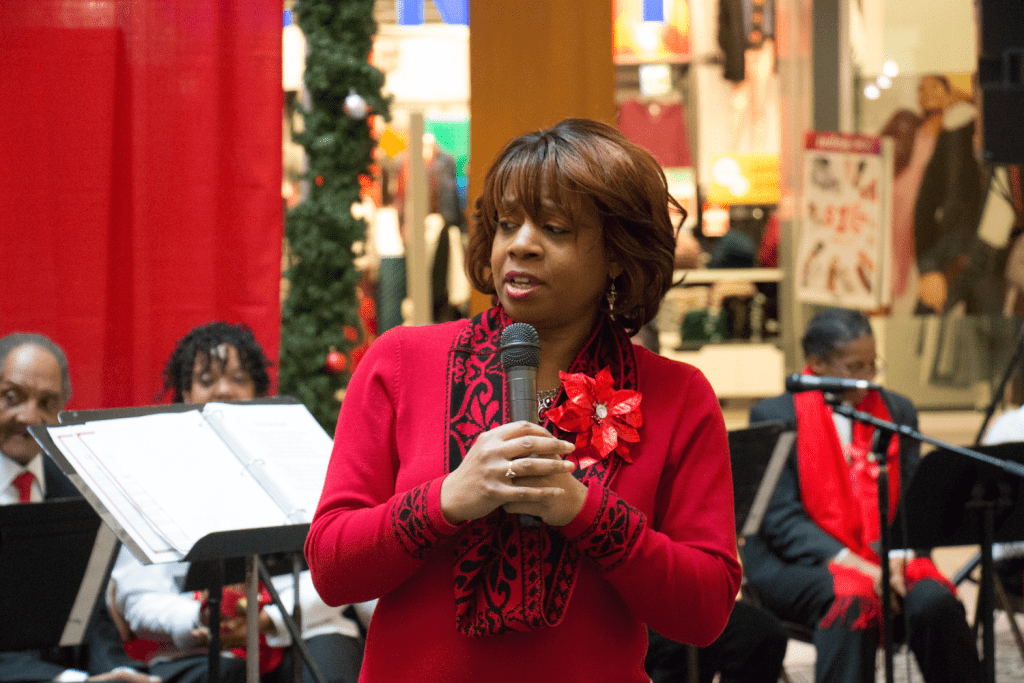 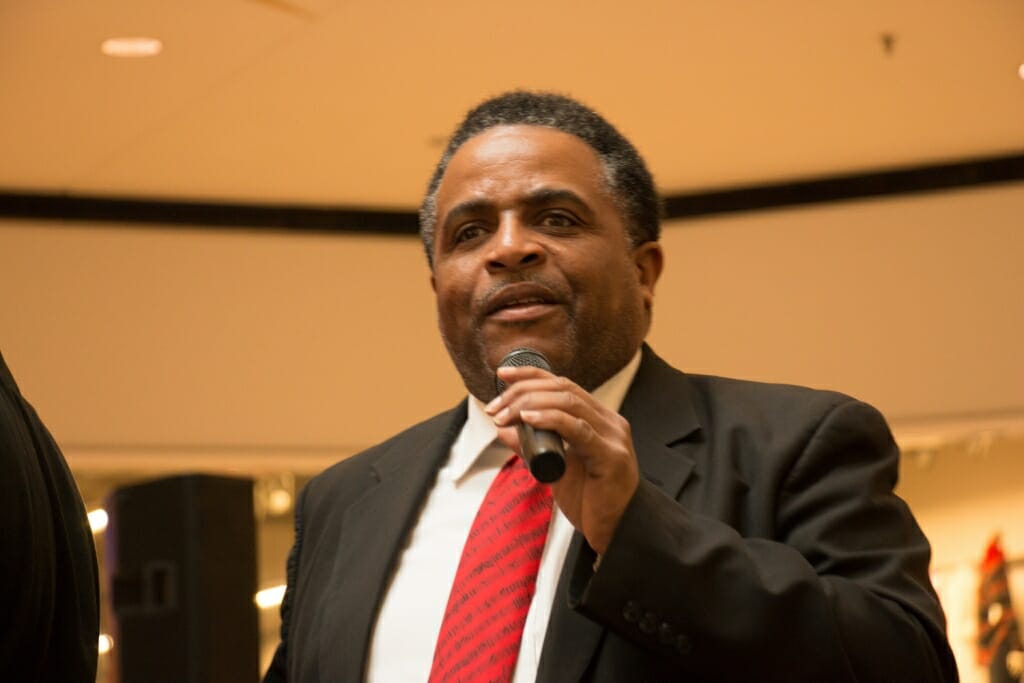 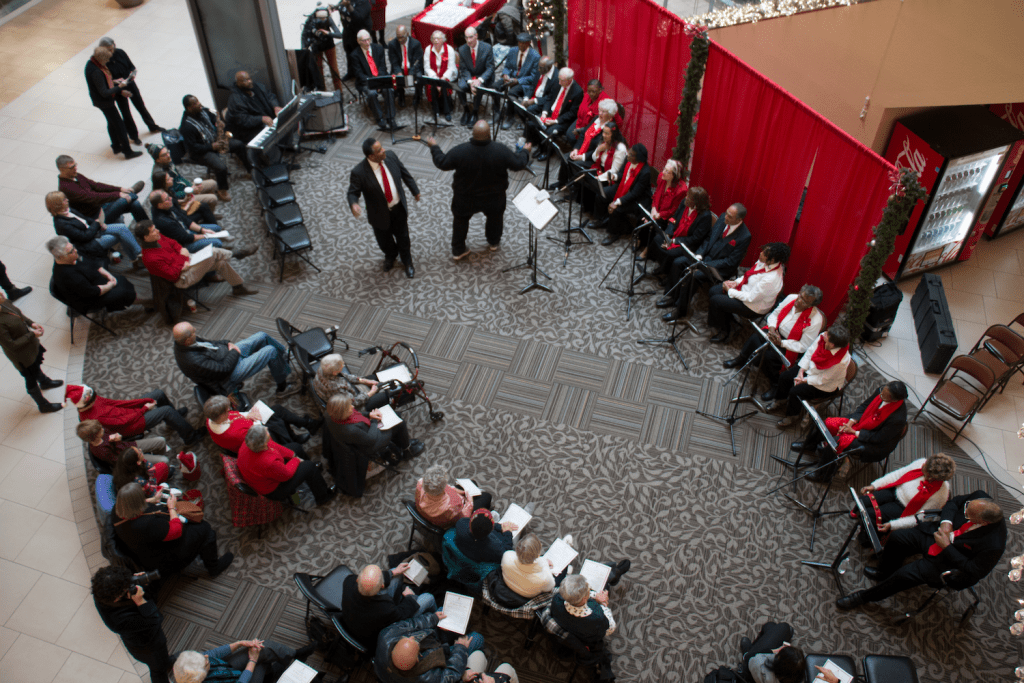 The Amazing Grace chorus, shown performing at the Southridge Mall near Milwaukee on Dec. 9, is supported by University of Wisconsin–Madison and composed of people with Alzheimer's disease – and their caregivers. David Tenenbaum 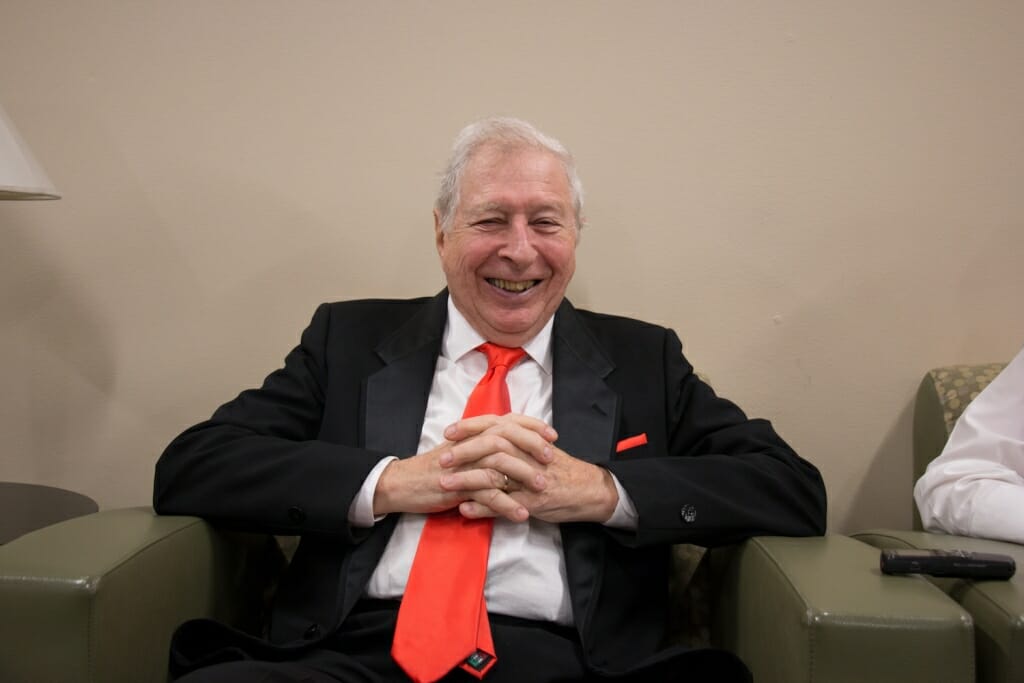 Social contacts are critical to people who as a group tend to be isolated by memory impairment, says Stephanie Houston, a senior outreach specialist and coordinator of the chorus at the Institute. “I can’t say enough about how the chorus has fostered a sense of community, belonging, for so many individuals. It’s an engaging social opportunity for individuals associated with our clinic.”

“We see how the chorus, for those who are isolated due to the condition, is bringing them back into the community,” Houston adds. “At our concerts, they are embraced. Our members feel they once again that they are part of the community, part of something bigger. That builds self confidence. You cannot overstate the impact: ‘Here is something I can do!’”

The Amazing Grace chorus is a project of the Wisconsin Alzheimer’s Institute at the University of Wisconsin–Madison, and is supported by the Badger Family Foundation.

At 3 p.m. on Saturday, Dec. 16,  Amazing Grace will hold its Annual Fall Concert at the Milwaukee High School of the Arts, 2300 W. Highland Ave., Milwaukee, Wisconsin.