At its most basic level, it takes pictures. For UW–Madison biochemistry professor Elizabeth Wright, that’s the scaled-down explanation of cryogenic electron microscopy, or cryo-EM. But it’s so much more than that. Through rapid freezing, controlled beams, and advanced lenses, this game-changing research tool reveals the intricate architecture of cells, viruses, and proteins, all at molecular resolution — or better. Cryo-EM makes the truly complex much easier to understand.

“It’s satisfying to think, both creatively and technically, about how to take images that reveal information at a structural level about a particular object,” says Wright, who is also an affiliate with UW’s Morgridge Institute for Research and a leader of cryo-EM efforts on campus. “One thing that makes life fun in my line of work is being among the first people to see something and to be able to provide scientists and others an understanding and appreciation for what we are seeing.” 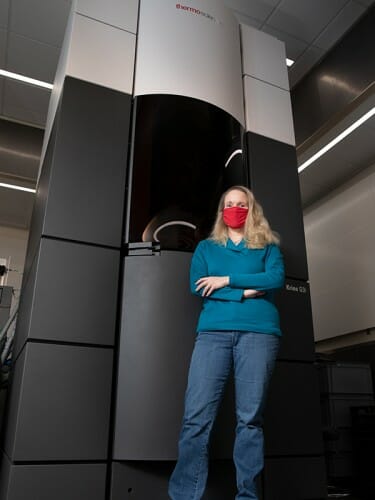 With cryo-EM, scientists can peer into the surfaces where drugs and proteins interact, where diseases occur, and where viruses orchestrate their attacks. It has the potential to impact every corner of medicine, from Alzheimer’s research to vaccine development to protein and cellular engineering. And its reach extends to many other research areas, including biofuels, engineering, and computer sciences.

Scientists from the UW College of Agricultural and Life Sciences and throughout the UW have already been using cryo-EM to make advancements in these fields, but they’ve had to rely on facilities outside of the university. Now they’ll have a place right on campus where they can conduct their groundbreaking work. The UW–Madison Cryo-EM Research Center (CEMRC) is set to open in spring 2021, and the Midwest Center for Cryo Electron Tomography (MCCET) will soon follow with an opening in early 2022.

Both centers, to be housed in the Hector F. DeLuca Biochemical Sciences Complex, will be directed by Wright. And they both represent a continuation of the university’s long history of contributions to structural and cell biology, virology, and medicine, as well as a major return on long-term campus investment in the technology (see sidebar). The centers will be pivotal in many ways: for building on the important work of talented researchers of the past and present, for honing UW’s competitive edge in a rapidly evolving field, and for making vital discoveries that have the potential to transform lives. 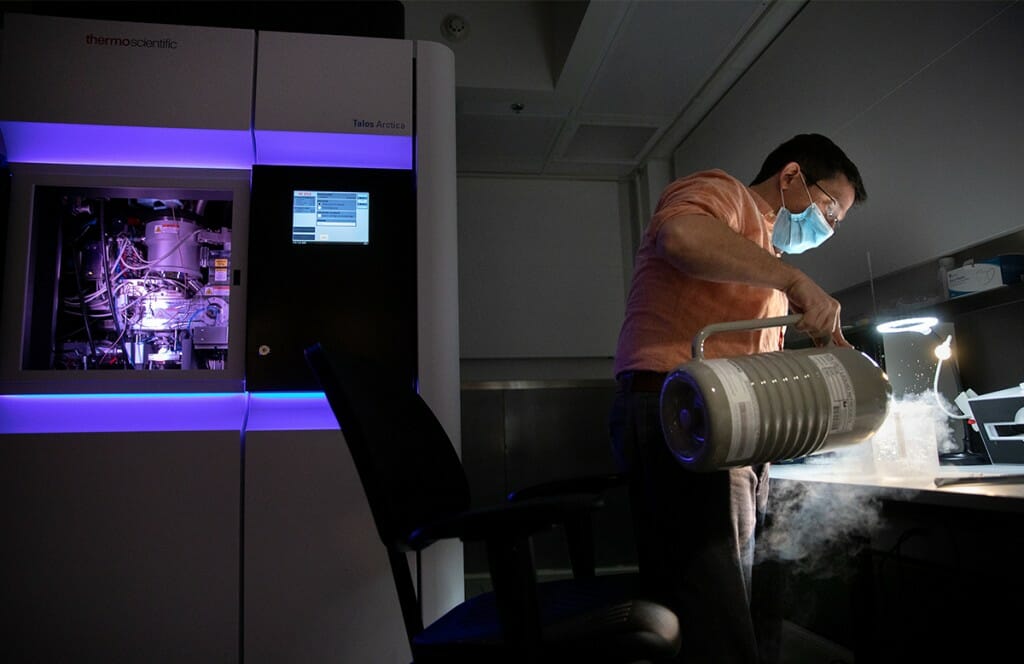 UW researchers are planning to use the center in diverse and innovative ways that will help keep the campus at the bioscience frontier. Word is spreading about the CEMRC, laying the groundwork for collaborations.

“Some of our researchers understand how to do the computational aspects of the pipeline, and we may just support them with sample optimization and cryo-preservation and data acquisition and then hand off images where they handle the computations on their own,” Wright says. “For other investigators, we support them through the entire process and provide them with their structure and its interpretation on the back end.”