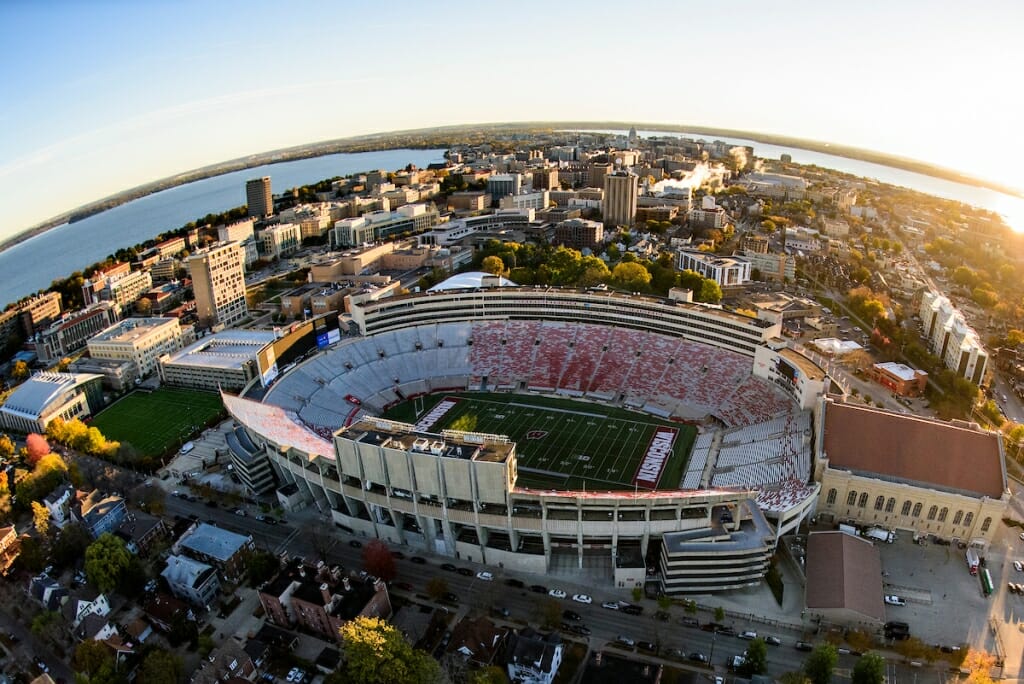 Given the significant increase of COVID-19 cases and hospitalizations across Wisconsin, UW–Madison is taking new steps to limit attendance and game day activity around Badgers football.

The Badgers are scheduled to play Illinois for the season opener on Oct. 23 or 24, with a final date and time still to be announced. Planning for the event has been taking place since the decision to resume the season was announced by the Big Ten on September 16.

Today, UW–Madison announced that only essential personnel will be allowed to attend the game against Illinois at Camp Randall.  Previously it had been announced that families of players and coaches would be able to attend.

The change would limit attendance inside Camp Randall from roughly 1,500 to only players and coaches from both teams, essential public safety and stadium operations personnel, and a limited number of broadcasters and journalists.

The approach would be modified for future games, if state conditions improve.

“Given the high rates of infection in the state of Wisconsin, we don’t want anyone in the stadium who doesn’t need to be there,” says Chancellor Rebecca Blank. “I’ve said that our fans should think about all of our football games as away games this year.”

“We’re asking fans in Madison to follow public health guidelines and avoid gatherings with anyone outside their household. We’re asking our fans around the state to watch the games at home.”

“It’s unfortunate that circumstances will no longer allow us to invite families to attend, but we support this decision and know that the safety of our students, staff and community has to be our top priority,” Athletic Director Barry Alvarez added. “We know Badger games are usually a time when we can come together, but right now we are urging everyone to watch our games safely and responsibly.”

Blank adds that she welcomes a continuing partnership with the City of Madison, Madison Police Department, Public Health Madison & Dane County and the business community to ensure that applicable regulations are being followed related to off-campus establishments and gatherings.

In addition, the following planned changes are being shared:

Additional information and updates will be shared as they are available.