Steve Ackerman will serve as the University of Wisconsin–Madison’s next vice chancellor for research and graduate education. He was named today by Chancellor Rebecca Blank.

“I am extremely happy,” Ackerman says. “Serving as the vice chancellor for research and graduate education is a great opportunity to help support research across campus, nurture graduate students, and contribute to the pursuit of the Wisconsin Idea. One of our primary objectives is to build relationships with industry and the Wisconsin Idea is part of that.” 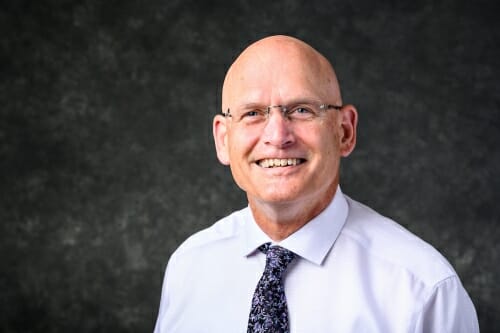 Ackerman has been on the UW–Madison campus since 1987, when he joined as an associate researcher. In 1992, he became a professor in the Department of Atmospheric and Oceanic Sciences and has served in a number of additional leadership roles since, including associate vice chancellor of research in the physical sciences, interim director of the Space Science and Engineering Center, and for 18 years as director of the Cooperative Institute for Meteorological Satellite Studies.

In August 2019, Ackerman became interim vice chancellor for research and graduate education, upon the retirement of oncology professor and previous interim, Norman Drinkwater.

“Steve is a long-time campus leader and prominent atmospheric researcher at UW–Madison, the birthplace of satellite meteorology. I am confident he will serve well as our institution’s chief research and graduate education officer in the years ahead,” says Blank. “As UW–Madison looks to maintain and strengthen its role as a research powerhouse and build important partnerships across campus and beyond, Steve is the most thoughtful and innovative leader for the job.”

As a scientist, his work has been dedicated to studying the energy balance of the Earth’s atmosphere, driven by how much heat from the sun reaches the planet and how much escapes. He has also mentored more than 60 master’s and doctoral students.

In fact, what Ackerman says he will miss most in his new role is spending time mentoring and teaching in the classroom. However, he has plans to improve educational opportunities across campus.

“One of our big priorities is to set up a campus-wide mentoring program and we are working with (Graduate School) Dean Karpus and the Provost’s office to establish that,” he says. “We have that expertise on campus and we’ve started that collaboration.”

Ackerman is also focused on improving the efficiency of the university’s Institutional Review Boards, particularly to support clinical trials, and he is working to ensure UW–Madison maintains its research productivity, as captured by the annual National Science Foundation’s Higher Education Research and Development survey.

“We have made new hires in the last year, adding new faculty; we won some big new grants – some supported by our UW2020 initiative; and there are indications we will go up in terms of research expenditures on the next HERD survey,” he says.

Ackerman has long been an ambassador of the Wisconsin Idea. With UW–Madison colleague Jon Martin, he writes a popular column in the Wisconsin State Journal, Ask The Weather Guys, and he can frequently be heard over the airwaves across the state as a regular guest on Wisconsin Public Radio. Ackerman and Martin have been Wisconsin’s “Weather Guys” for more than two decades.

Ackerman is an elected fellow of the American Meteorological Society and the Wisconsin Academy of Science, Arts and Letters. He is the recipient of a NASA Exceptional Public Service Medal and the Dorothy Howard Prize for Folklore and Education for his work on the website and project, Wisconsin Weather Stories.

He is also known for talks around the state in which he describes the weather conditions that led to the sinking of the SS Edmund Fitzgerald on Lake Superior in 1975.

Ackerman was selected from among four finalists, in a search conducted by a 15-member committee and chaired by Bill Murphy, professor of biomedical engineering and orthopedics and rehabilitation.

“We interviewed a truly extraordinary group of finalists for the VCRGE position,” says Murphy, also chair of the Forward Bio Initiative. “Steve is an energetic and highly capable leader, who will continue to expand UW–Madison’s stature as one of the world’s best research institutions.”

The vice chancellor for research and graduate education leads one of the largest and most diverse research programs in American higher education. Ackerman will oversee a portfolio comprising $1.2 billion in annual research expenditures, manage research policy and compliance, and lead graduate education through the Graduate School. He will also oversee the activities of nearly 20 interdisciplinary research centers, including the Wisconsin Energy Institute, the Waisman Center, the UW Arboretum, and the American Family Insurance Data Science Institute.

Ackerman will officially assume the role on March 9. 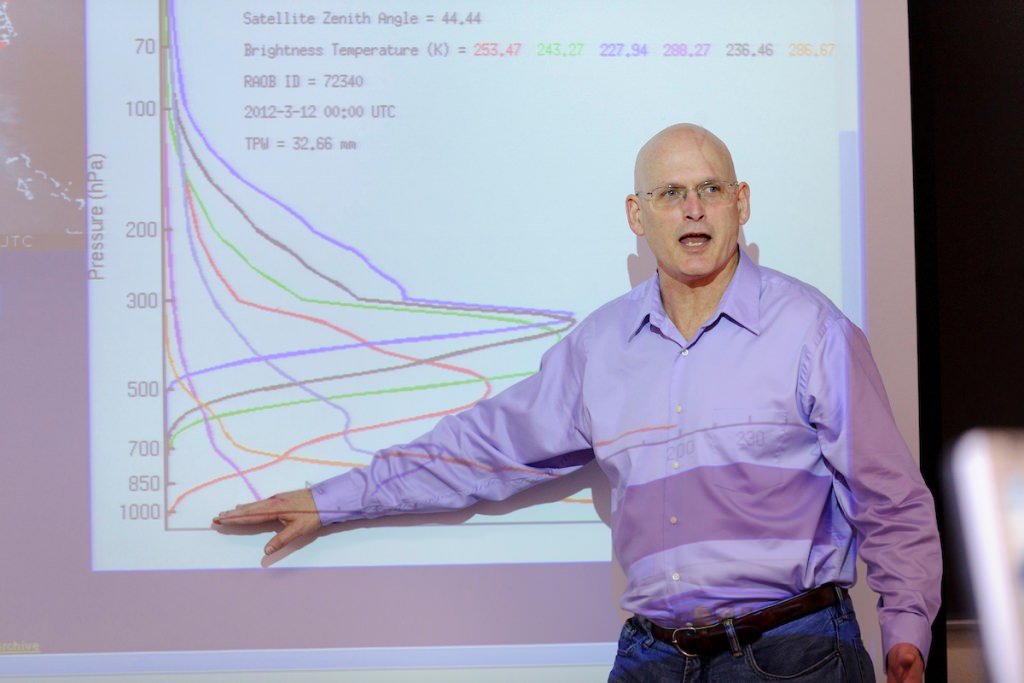 Steve Ackerman, a professor in the Department of Atmospheric and Oceanic Sciences, is the new vice chancellor for research and graduate education. Photo: Jeff Miller