About to retire, H.R.’s Lavigna looks back

Bob Lavigna came to the University of Wisconsin–Madison at a pivotal time.

Lavigna, who had served as director of the state Division of Merit Recruitment and Selection in the 1990s, was hired in September 2010 as UW–Madison’s human resources director. Less than a year after he walked in the door, the state’s employment rules would see a dramatic overhaul with the enactment of Act 10, which effectively ended public sector employee unions. And that was just the start of the changes he, and the campus, would experience. 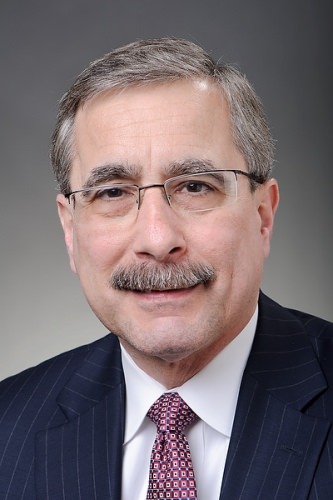 A short time later, the state legislature approved the development, and eventual implementation, of a new human resources system for UW–Madison that would be separate from both state government and the UW System. Lavigna led the effort, called HR Design, which took four years as he and his team engaged the entire campus, including shared governance groups, in a conversation about what this new system should look like. Implementation of the new HR system began last July.

Early in May, Lavigna announced he will retire on July 1. Before his departure, we asked him to look back on the last six years at UW–Madison.

Q: When you arrived on campus, did you expect that you would be tasked with such a major revamping of the human resources system?

A: Not at all. I don’t think anyone at that time anticipated that we’d be given the authority to create our own HR system. As I’ve said many times, this was truly a once-in-a-lifetime opportunity to build a new talent management system designed specifically for a world-class university. Of course, doing this essentially from scratch was also a huge challenge.

Q: What was the most challenging aspect of developing the new HR structure?

A: UW–Madison is a complex institution with many stakeholders who often have differing views. More than once, I’ve heard the joke that on our campus, a 10-1 committee vote is a tie.

Therefore, one of our biggest challenges in HR Design was to reach out to the entire community, ask our stakeholders to help design the new system, and then do our best to create a talent management system that would integrate and balance the diverse — and often conflicting — views of these constituents. That was not always easy. I’m not sure that anyone on campus is 100 percent satisfied with our new HR system, but that reflects the complexity of our community — and isn’t a bad place to end up. 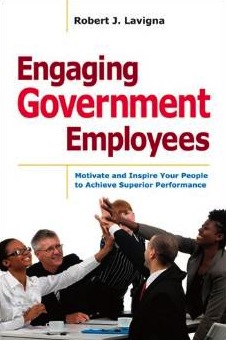 Q: What was the most rewarding part?

A: Designing and implementing the new system was, by itself, very rewarding. Beyond that, though, I am very proud of our campuswide engagement strategy. During the design of the new system, we implemented a comprehensive and multi-phased strategy to ensure that anyone on the campus who wanted to have a voice in designing this new system had that opportunity. Our former chancellor, David Ward, described this as the most comprehensive engagement this campus has ever seen. All told, attendance/participation in our HR Design engagement events and activities exceeded 20,000 members of our community.

We also intentionally reached out to members of our campus who don’t always have the opportunity to participate. This includes our second- and third-shift employees, and our colleagues who do not speak English as their native language. Although the quarterly midnight forums we regularly conduct are way after my bedtime, they have become one of our most useful ways to interact with our stakeholders. Our approach also created a new model for campus engagement that other initiatives have adopted. That’s very gratifying.

It was also very rewarding to work on HR Design with all staff in the Office of Human Resources. Developing an entirely new HR system while managing the existing system is akin to flying an airplane while still building it. And we also reorganized OHR at the same time. Despite the stress of all this change, the OHR staff performed in a consistently excellent fashion, day in and day out. I will always be grateful for their commitment — and hard work.

Q: What would you tell someone who asked you if UW–Madison is a good place to work?

A: I would (and will) tell them that UW–Madison is a great place to work, and it’s been an honor to serve here, especially during a time of such enormous change. I realize that some of the change we’ve experienced over the past six years has been difficult, but I believe our campus community is resilient and strong enough to thrive as we move forward. Our teaching, research and service missions are critical to Wisconsin, our nation and the world. This is a world-class university with world-class people.

Q: Do your retirement plans include authoring any more books?

A: Good question.  While I will be doing consulting on the subject of my book — employee engagement — I’m not sure I’m up to the challenge of writing another book. It was definitely a labor of love — but it was a labor. We’ll see.

A: I’m very grateful that I was given the opportunity to serve in a leadership position at UW–Madison. It is a unique and special place. What I will miss most are the talented and dedicated people from across the campus that I’ve had the great privilege to work with over the past six years.