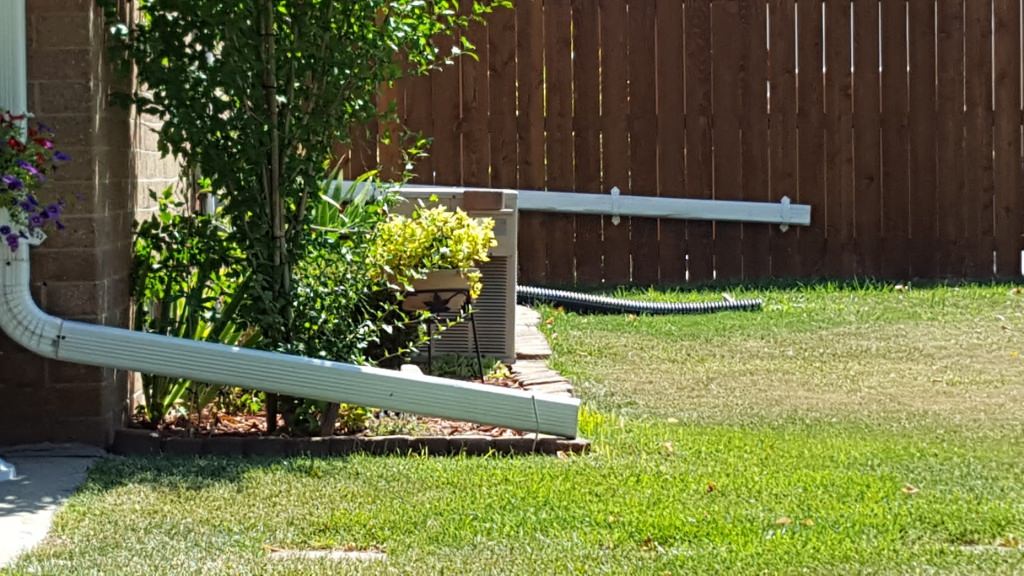 The location of downspouts and permeable surfaces on lots like these in a Milwaukee neighborhood can have a major impact on how much storm water is absorbed into the ground. Carolyn Voter

On the surface, it seems both easy and obvious: If you’re living in an area that’s struggling with storm water runoff issues, just add in some green infrastructure — a rain garden, bioswales, maybe some new permeable pavement — and voila! Runoff problems solved — or at least reduced.

The reality’s not nearly that simple. In addition to the composition and soil conditions of every lot and neighborhood being vastly different, green infrastructure is also what’s called a dispersed technology. In other words, it’s all but impossible to get everyone in a neighborhood or block to adopt it uniformly.

“You’re never going to have 100 percent of homeowners say ‘I want a rain garden,’” explained Steven Loheide, a University of Wisconsin–Madison associate professor of environmental engineering, whose primary research focus is green infrastructure. “But you might not need all of them — you might see a large impact from a few rain gardens per block; however, where they are located on that block matters quite a bit.” 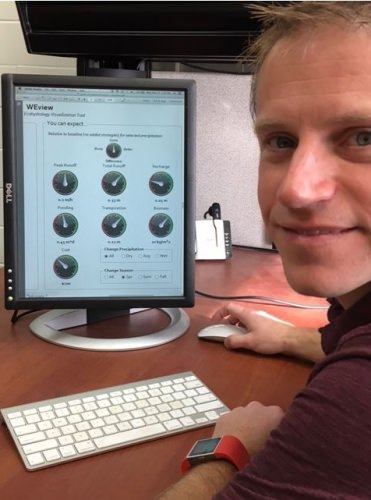 Steve Loheide aims to create an online dashboard that will give property owners a sense of which green infrastructure strategies will work most effectively for them. Aaron R. Conklin

Supported by funding from Wisconsin Sea Grant, Loheide and graduate student Carolyn Voter are, through a combination of outreach, sampling and detailed watershed modeling, trying to remove some of the obstacles that prevent more widespread use of green infrastructure, and, more importantly, evaluate which green infrastructure strategies are most effective in which areas.

Their work builds on a previous UW Water Resources Institute project that looked specifically at a handful of residential lots in Madison to determine the impact of small green infrastructure changes (redirecting downspouts, etc.) on the lots’ water budget.

Those small-scale findings now inform a much more expansive project. Loheide and Voter are sampling and studying multiple neighborhoods in the Milwaukee Metropolitan Sewerage District (MMSD), everything from residential areas near 30th Street, where investment in green infrastructure is already underway, to areas near the airport and 16th Avenue near the Kinnickinnic River. Their work aligns with the MMSD’s ambitious goal of using green infrastructure (and other techniques) to capture one inch of stormwater across the entire district by 2035. That equates to a whopping 7.1 billion gallons. 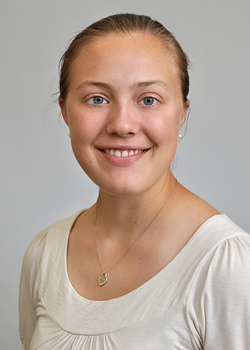 “What we’re looking for is how big of an impact do any one of these interventions have, and what impact do they have together?” said Loheide. “Green infrastructure is extremely context dependent — for instance, what works in Florida won’t necessarily work in Milwaukee, given that both locations experience different precipitation duration and intensity.”

What Loheide and Voter are ultimately angling to create is an online tool, a dashboard with drop-down menus that will allow homeowners, engineers and other stakeholders to input a series of characteristics about the lot (and/or neighborhood) in question and get a sense of how extensive the impact of adding specific green infrastructure strategies might be.

“It’s not going to be an answer that is specific to every city block, because each block has different soils and different amounts of impervious surfaces,” explains Loheide.  “What we’re going to do is develop a tool that says, ‘Are you in an area with sandy soils, loamy soils or clay soils? How does the best management practice differ for you?’”

Voter, a former UW Water Resources Institute fellow, is the one handling the project’s heavy computational load. Using sets of high-performance and high-throughput servers located at the Wisconsin Institutes for Discovery (WID) — a resource that’s actually free to use for all UW students — Voter inputs climate and rainfall data from the areas being studied into a watershed simulation model called ParFlow.

The model kicks out another massive set of data on the neighborhood’s soil moisture conditions and how much runoff and evapotranspiration occurred during that target period, allowing for the creation of maps that show the changes over time. The WID servers can handle more than a hundred models simultaneously; given that each model can take up to three weeks to run, there’s a massive efficiency savings.

“We’re interested in figuring out if you reduce runoff through these measures, what else changes in the water balance? Both in terms of the cumulative lot totals and also the spatial distribution,” said Voter. “For instance, when we disconnect downspouts, we can see these hotspots where deep drainage and recharge have increased right by those downspouts. So we’re interested in both those patterns as well as how they add up to changes in the overall water balance at larger scales.”

The online tool could eventually be expanded to apply to a wide range of climates across the country. In Wisconsin, the regional differences aren’t that vast; in other words, what works in Milwaukee will also likely work in Green Bay and Racine.

“People at the decision-making level already know that green infrastructure is good,” said Loheide. “What we don’t know is which practices are most effective and how they compare to traditional methods.”

Rain gardens in the wrong place can cause problems

Take rain gardens, for instance. Creating a vegetation-laden depression in your lot that captures water from your roof and driveway, all the better to allow it to infiltrate into the ground after a storm, seems like an obvious win. But if, for instance, the soil on your lot is packed with infiltration-resistant clay or the groundwater is shallow, you’re more likely to end up with an unexpected pond on your lot—or worse, a flooded basement or a ready-made mosquito breeding ground.

“That’s probably not what the homeowner was hoping for,” said Loheide. “If the rain garden is failing because the soil doesn’t have the proper hydraulic properties, you can amend the soils, increase the infiltration capacity and make a functioning system. If on the other hand, the water is not draining because the water table is shallow, it’s not in your benefit to be infiltrating more water. It might not be a good idea to put a rain garden in an area that already had basement flooding issues.”

“A lot of these decisions about green infrastructure are context dependent,” said Loheide. “Determining which are good values is often an individual thing.”