A compassionate approach leads to more help and less punishment 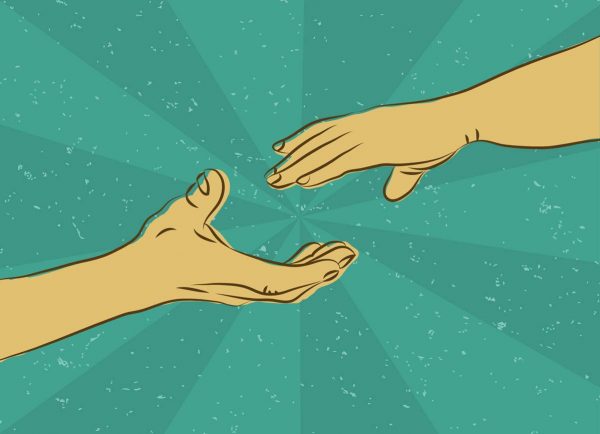 Seeing a child steal a toy from a fellow playmate. Watching a stranger cut in line at the grocery store. When we witness something unjust, our emotions often shape our behavior both toward the person wronged and the wrongdoer.

But why we help the victim in some cases or punish the transgressor in others isn’t that simple, according to researchers at the University of Wisconsin–Madison. Published in the journal PLoS ONE, a new set of studies suggests that compassion — and intentionally cultivating it through training — may lead us to do more to help the wronged than to punish the wrongdoer. Researchers found compassion may also impact the extent to which people punish the transgressor.

Understanding what motivates people to be altruistic can not only inform our own behaviors, it may also play a role in creating more just societal institutions, including the legal and penal systems. It can also help researchers develop better interventions to cultivate compassion.

“Any action — helping or punishing — can arise from compassion, which involves at least two components: a ‘feeling’ component of empathic concern and caring for the suffering of another; and a cognitive, motivational component of wanting to alleviate that suffering,” says lead researcher Helen Weng, a former graduate student at the UW–Madison Center for Investigating Healthy Minds at the Waisman­ Center, and current postdoctoral scholar at the University of California, San Francisco. “It may seem counterintuitive that punishment behavior can arise from compassion, but if the goal is to alleviate suffering of others, this may include providing negative feedback to the wrongdoer so that they change their behavior in the future.”

These findings build upon previous work by Weng and others, which demonstrates that as little as two weeks of compassion training can result in measurable changes in the brain. These previous studies gathered fMRI imaging and measured altruistic behavior in research subjects to reach these conclusions, but did not fully separate helping and punishing behavior to learn which is most related to compassion.

To answer this question, the investigators tested whether compassion was related to helping or punishment in two studies where participants played the “Helping Game” or “Punishment Game,” using real money they could keep at the end of the game.

Understanding what motivates people to be altruistic can not only inform our own behaviors, it may also play a role in creating more just societal institutions, including the legal and penal systems.

In one study examining 260 people who had no training in compassion, the team explored whether high self-reported empathic concern — the feeling component of compassion where one reports caring for those who are suffering — was associated with helping victims, punishing transgressors, or both.

In the second study, with 41 participants, one group received compassion training with meditation practices focused on cultivating compassionate feelings and pro-social behavior toward others. Another group instead received cognitive reappraisal training, focused on reinterpreting one’s view to decrease negative emotions. Each group practiced its training for 30 minutes a day for two weeks using guided audio instructions over the Internet.

In compassion meditation, participants practiced compassion with different kinds of people — a loved one, themselves, a stranger and a “difficult person” with whom there was conflict. In this way, they strengthened their “compassion muscle.”

After just two weeks of training, participants in the games who learned compassion meditation gave more money to help the victim compared to those who learned reappraisal training, demonstrating that even short amounts of compassion meditation practice can result in an increase in helping behavior. There were no differences in punishment behavior between the groups, suggesting that in this short amount of training time, both trainings did not influence punishment.

Weng says she and her collaborators hope this work can be used to help develop compassion training for specific populations that care for those who are suffering, like health care professionals.

“Expressing compassion and behaving altruistically seems to be within the repertoire of every human being,” adds Richard J. Davidson, senior author on the study, founder of the Center for Investigating Healthy Minds and the William James and Vilas Professor of Psychology and Psychiatry. “We can use simple practices to help us activate and nurture these propensities and apply them in settings in which they can dramatically impact the climate and interactions that ensue in everyday life, including in education, health care and the workplace.”