A Badger’s guide to watching the 2017 Perseid meteor shower

In the excitement of preparing for the solar eclipse, don’t forget about the annual Perseid meteor shower that’s just around the corner.

The Perseid meteors are one of the most reliable meteor showers of the year — and one of the best. They occur every year, usually peaking from Aug. 11-13. This year they will peak during the overnight hours of Aug. 11-12 and Aug. 12-13.

Jim Lattis, who directs the University of Wisconsin­-Madison’s astronomy outreach center Space Place, said the shower occurs as the earth passes through a swarm of particles, called meteoroids, which are following the orbit of a comet. During its peak rates, the shower produces around 50 to 60 meteors per hour, but most of them are invisible unless the sky is very dark. Occasionally, the brighter meteors leave a dim trail of glowing ionized air, Lattis said. 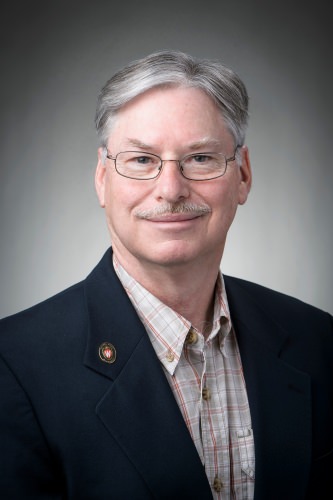 Prime meteor viewing hours for the event are after midnight until dawn, but a waning gibbous moon will also rise around midnight, making it harder to see some of the meteors. As for the best place to watch, Lattis says the darker the better.

This makes it tricky for students in Madison to watch the meteor shower — almost everywhere in Madison isn’t very dark because of general urban light pollution.

“Without going well away from town it’s impossible to find anything like a dark sky,” Lattis said.

Even so, Lattis has some tips for people who want to try to watch the astronomical event in the Madison area.

And for those of you with cars, there are also some parks not too far away that have low light pollution. Since parks often close before prime meteor hours we’ve also provided some places that have the option of camping overnight.

Here’s everything you need to know to have the best views of this year’s Perseid Meteor Shower!

(Any information provided in this article does not serve as permission to use a particular site or park. If you are thinking of going to a specific park or other location, you need to know the rules that apply there or obtain permission if it is on private land).

Tips for staying in Madison to watch

Wherever you watch the shower, Lattis said it’s good to be looking roughly northeast since the brighter trails are more likely to occur there. The meteor trails appear to emanate from the constellation Perseus, but they can appear almost anywhere overhead.

If you can’t get outside of Madison for the shower, Lattis said the best thing you can do is look for locations where bright lights are blocked or relatively far away.

Here are some potential options:

If you want to be able to see the most of this celestial spectacle though, your best bet is to get out of the city.

Parks outside of Madison, no camping

The following parks have relatively low light pollution. The downside is that you’d have to leave by the time the park closes, so you wouldn’t be able to stay for the prime viewing hours after midnight. Make sure to check the park hours!

They are ordered from the lightest skies to the darkest skies, with the last site being your darkest option. But even the areas with “low” darkness are still much darker than anywhere in Madison. For more details about how dark it will be at a particular site, take look at a light pollution map.

Parks outside Madison with the option to camp

If you have a car and time to stay overnight, the optimal way to watch the Perseid meteors would be to reserve a campsite. Set up a tent and look up to the stars to watch the meteors blaze across the sky. Campsites fill up quick so make sure you reserve a spot soon.

If you want to find your own spot of dark sky, look at potential options in your area on a light pollution map.