Jennifer Noyes has been hired as vice provost for academic operations, a newly created position within the Office of the Provost to enhance the operational effectiveness of UW–Madison’s academic enterprise.

The vice provost for academic operations will focus on administrative, operational, financial, and curricular matters under the direction of the provost, including coordination and augmentation of operational efficiencies of school and college interactions and communications with the Provost’s Office. 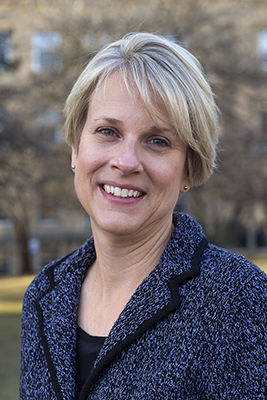 “I am very pleased that Jennifer applied for this position. Her experience and skills are an outstanding fit for the duties of the job,” Provost Karl Scholz says. “Jennifer’s role will be critical to effecting vital improvements in coordination, communication and operations across the academic enterprise.”

In addition, the position will manage and enhance the process by which the provost and vice chancellor for academic affairs handles personnel matters, including faculty misconduct cases, grievances and appeals of academic staff, appeals to findings made by the Office of Compliance regarding sexual harassment. The vice provost for academic operations will also serve as a senior advisor who provides leadership on special projects and initiatives.

Noyes, who comes to the provost’s office with 33 years of professional experience working in complex organizations and environments, most recently worked as associate dean for operations and staff in the College of Letters & Science. Her background includes positions in several Wisconsin state agencies, including the Legislative Audit Bureau, the Department of Administration and the Department of Workforce Development.

After a stint with the Welfare Policy Center at the Hudson Institute, Noyes joined UW–Madison in 2010 as a researcher with the Institute for Research on Poverty in the College of Letters & Science. She later became IRP’s associate director for programs and management while maintaining her research portfolio before moving to her position as associate dean in L&S in 2017.