Each year, the Secretary of the Faculty recognizes four professors from the University of Wisconsin–Madison for distinguished contributions to research, teaching and service with the Hilldale Awards.

One faculty member each from the arts and humanities, social sciences, physical sciences and biological sciences is selected from nominations by department chairs. The winners will be awarded $7,500 and recognized an upcoming Faculty Senate meeting.

Lindroth is a world-renowned expert in the complex interactions between plants, insects and the global environment. His research into the chemical ecology of poplar trees helped lay the foundation for the use of these species as vital models of woody plants and potential bioenergy crops. 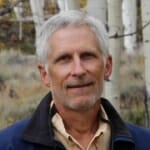 His work has helped unite biological interactions ranging from individual genes all the way up to global climate. Lindroth has demonstrated how higher carbon dioxide levels affect tree productivity and how insect-plant interactions will affect forests’ ability to mitigate climate change. This work relied on Lindroth’s leadership of the Aspen FACE study in northern Wisconsin, the largest open-air carbon dioxide experiment ever conducted. And he was able to link individual genes in trees to their effects on insect evolution, a connection that was previously impossible to demonstrate.

Lindroth is also recognized as an exceptional teacher and mentor to undergraduate and graduate students. He has edited top journals in his field and served as associate dean for research in the College of Agricultural and Life Sciences for six years during difficult budget cuts.

“His visionary research, national and international prominence as a scholar, and laudable commitment to campus and community all exemplify the Wisconsin Idea at its finest,” writes Susan Paskewitz, professor and chair of entomology, in her nominating letter. 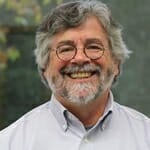 Throughout his career, Kaplan has authored dozens of research articles, written two books, and given scores of keynote addresses around the world. He was elected to the National Academy of Education in 2015. That same year, he received the Alexander von Humboldt Research Award, which led to a year at the Leibniz Institute for Research and Information in Education in Frankfurt, Germany, and subsequent work on international educational assessments.

Kaplan served as chair of the Department of Educational Psychology from 2012 to 2015 and is currently chair of the Research Advisory Committee of the National Academy of Education. He has taught 14 graduate statistics courses to students from all over campus and consistently receives high marks for distilling complex statistical methods into understandable content.

“Professor Kaplan is one of the most accomplished and recognized figures within the educational statistics community,” says James Wollack, professor and chair of educational psychology. “All the more wonderful is that Professor Kaplan is an extraordinary colleague; he is generous with his time and expertise and is passionate about helping to create an hospitable and enriching environment for our faculty, staff, and students.”

Over the course of her 35-year career, Clark has established herself as a productive and innovative scholar, researcher and performer in wide-ranging artistic disciplines. Her work, which blends artistic media and focuses on socially mindful collaborations, has been featured in more than 200 exhibitions, performances and events in 47 countries on six continents. 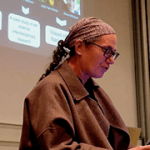 As a pioneer in what are known as non-static forms, which blend video, performance and installation, Clark developed all-original curricula for UW–Madison art courses in this field when she joined the university in 1985. She has continued to develop dozens of courses and seminars across the artistic spectrum that always blend theory and practice. And she has been a productive and sought-after mentor, serving on hundreds of graduate student committees. In addition, Clark served as chair of the Art Department from 1998 to 2001 and as vice provost for faculty and staff from 2004 to 2008, where she focused on strengthening interdisciplinary initiatives across campus.

Today, Clark is well known for her collaborative project Spatula&Barcode. This project has used food to explore social connections and responsibility. Since 2008, Spatula&Barcode has realized more than 30 projects in Africa, Asia, Australia, Europe, and North and South America, including exhibitions at the Madison Museum of Contemporary Art.

“Clark is a passionate, committed and innovative teacher and has a stellar service record both on campus and internationally,” writes professor and chair of the Art Department Douglas Rosenberg. “She has engaged deeply to make the university a better place, from the smallest personal interaction to the larger challenge of juggling artmaking, scholarly research and publication, teaching and administrative responsibilities.”

Jahns has helped make our current world a reality through his internationally recognized leadership in the electric motors underlying such applications as electric and hybrid cars and wind turbines. Jahns pioneered the development of interior permanent magnet machines with adjustable-speed drives, first writing about them in 1986. Since then, these IPM machines have gone on to dominate in robots, air conditioners and electric propulsion systems worldwide, and they are found in nearly all electric and hybrid cars. 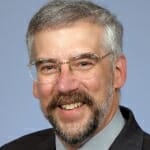 His research into other types of electric motors has applications beyond cars. Some of the motors are planned for hybrid aircraft using both jets and battery-driven propellers. Other improvements may allow large increases in efficiency for the electric motors that power our modern world, leading to significantly reduced electricity consumption.

Throughout this productive research career, Jahns has also contributed to the education of generations of engineers with expertise in electric motors. He has taught more than 50 courses that have reached nearly 1,000 students. Jahns helped launch and serves as faculty director of a certificate program for working engineers that provides important training and serves as a funnel to on-campus degrees. And he directs the Wisconsin Electric Machines and Power Electronics Consortium, an internationally renowned partnership between industry and academia that has granted more than 600 graduate degrees.

Jahns was elected to the National Academy of Engineering in 2015, and in 2005 was awarded the Nikola Tesla Field Award by the Institute of Electrical and Electronics Engineers. “Tom Jahns has truly distinguished himself as among the most accomplished, and impactful, faculty members in the physical sciences at UW–Madison,” writes Susan Hagness, professor and chair of electrical and computer engineering, in her nominating letter.