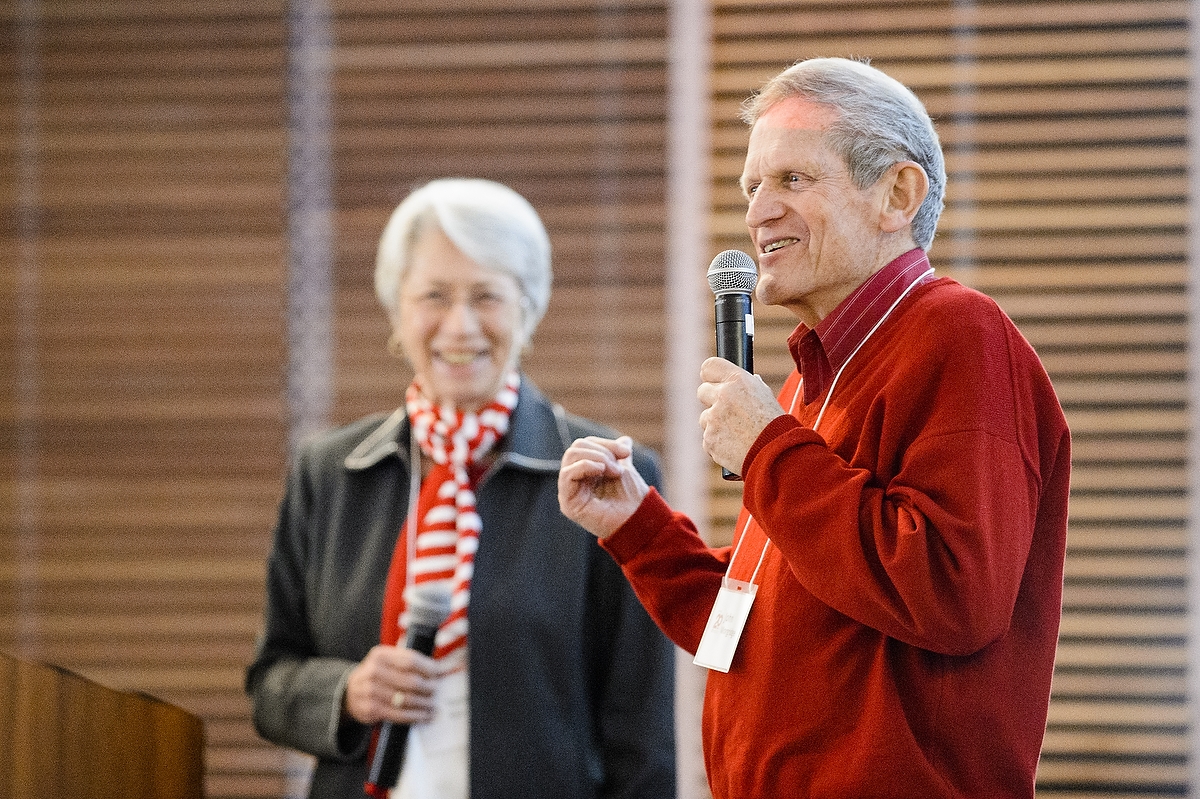 “We believe these two priorities align well with our beliefs in what helps make UW–Madison a special place,” said Tashia Morgridge. “John and I feel strongly that now, more than ever, our faculty and our students need private support to help them reach their goals.”

The new gift will support:

• Faculty excellence: Up to $10 million will be designated to create a match for new or enhanced endowed funds for faculty fellowships, professorships, and chairs. In 2014, the Morgridges announced a $100 million gift — the largest individual donation in UW–Madison history — to match gifts from other donors who wished to endow a professorship or chair. In just seven months, that Morgridge Match program generated $250 million and led to the establishment of approximately 155 new endowed faculty positions, more than doubling the previous number. Read more about the campaign’s faculty excellence priority.

• Student scholarships: Up to $10 million will be designated for need-based student aid, creating a match for new or enhanced endowed scholarships. This will add to a previous $50 million matching gift that alumni Ab and Nancy Nicholas announced in 2016, which eventually raised $100 million in new support for student scholarships at UW–Madison. Read more about the campaign’s student support priority.

“On behalf of all of us in the Badger family, we want to say thank you once again for the continued support and generosity of the Morgridges,” said UW–Madison Chancellor Rebecca Blank. “Their positive impact on this university will extend for generations to come.”

The Morgridges graduated from the University of Wisconsin in 1955. John Morgridge went on to become the chairman of Cisco Systems, one of the world’s largest manufacturers of networking hardware and telecommunications equipment. The Morgridges have remained close to the UW and are among its most prominent philanthropists.

In addition to the Morgridge Match for faculty support, their generosity has impacted nearly every area of the university. A few examples include:

• The King-Morgridge Scholars Fund, which brings students from developing countries to study at UW–Madison

• The Morgridge Center for Public Service, which encourages and supports students in public service

• The Morgridge Institute for Research, a private, nonprofit biomedical research institute that is affiliated with the Wisconsin Institutes for Discovery

Mike Knetter, president and CEO of the Wisconsin Foundation and Alumni Association, said that for donors who are considering making a donation to support student scholarships or faculty excellence, this gift comes at a great time. “It gives our donors three reasons to consider a commitment now,” Knetter said. “There is the one-to-one match for gifts to top campus priorities, the favorable market environment, and tax benefits for charitable gifts.”
For additional information about making a matching gift or other donations to UW–Madison, please visit allwaysforward.org.
The Wisconsin Foundation and Alumni Association is a nonprofit organization dedicated to advancing the interests of the University of Wisconsin–Madison. It brings together alumni and friends of the university to raise, invest, and distribute funds, and it connects a growing number of Badgers to help facilitate their support for each other and the university. For more information, please visit supportuw.org or uwalumni.com.