University of Wisconsin–Madison engineers are leading research to pave the way for hybrid-electric engines that power uncrewed aircraft systems.

“While there has been a lot of work done on developing hybrid-electric engines for ground vehicles, like the Toyota Prius and many others, there hasn’t been much research on using hybrid engine systems in aircraft,” says David Rothamer, a mechanical engineering professor at UW–Madison and principal investigator of the multi-institutional team supported by $11.4 million from the U.S. Army Combat Capabilities Development Command’s Army Research Laboratory. “So as part of this project, we’ll work on optimizing hybrid systems for aircraft.” 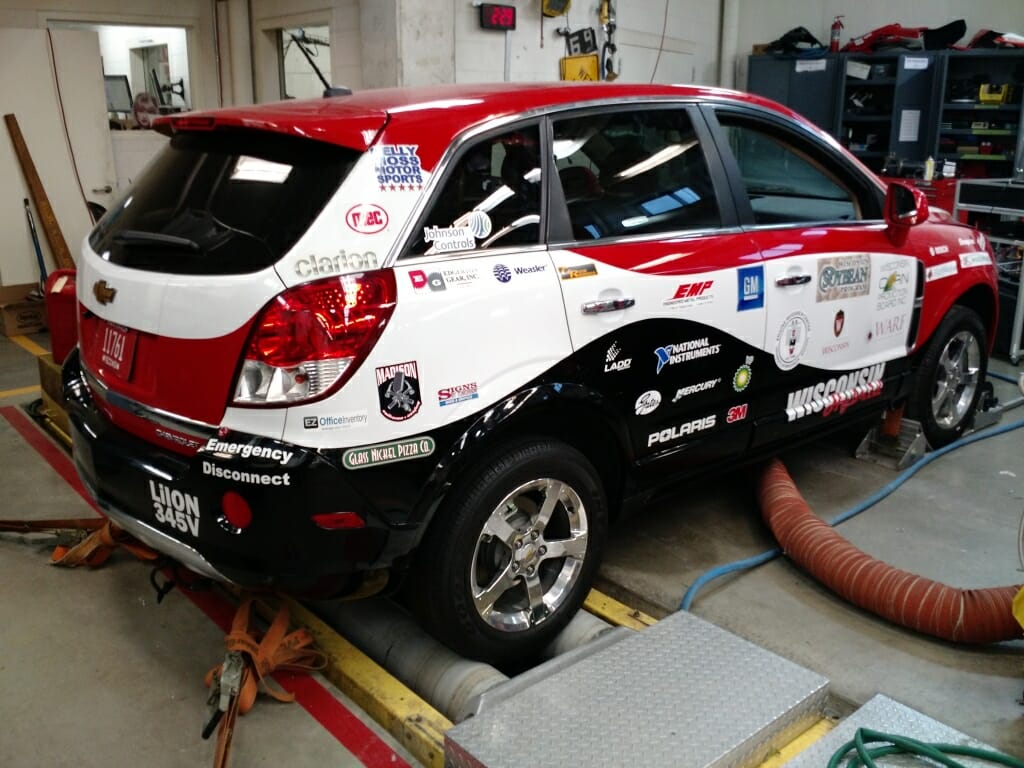 A hybrid-electric vehicle with a customized engine and electric drivetrain developed in conjunction with work in the Engine Research Center at UW–Madison. As part of the Army project, the researchers aim to optimize a similar type of hybrid system for use in aircraft. Image courtesy of Engine Research Center

A focus of the project will be to investigate ways hybrid aircraft systems can run reliably and stably on different types of fuel and in extreme environments.

To conduct missions, the U.S. military needs to transport jet fuel to locations around the world, which is expensive and logistically challenging, especially in conflict zones. Having the ability to run an aircraft on whatever type of fuel is readily available locally — be it diesel, jet fuel, gasoline or even ethanol — would greatly ease the Army’s fuel logistics burden. 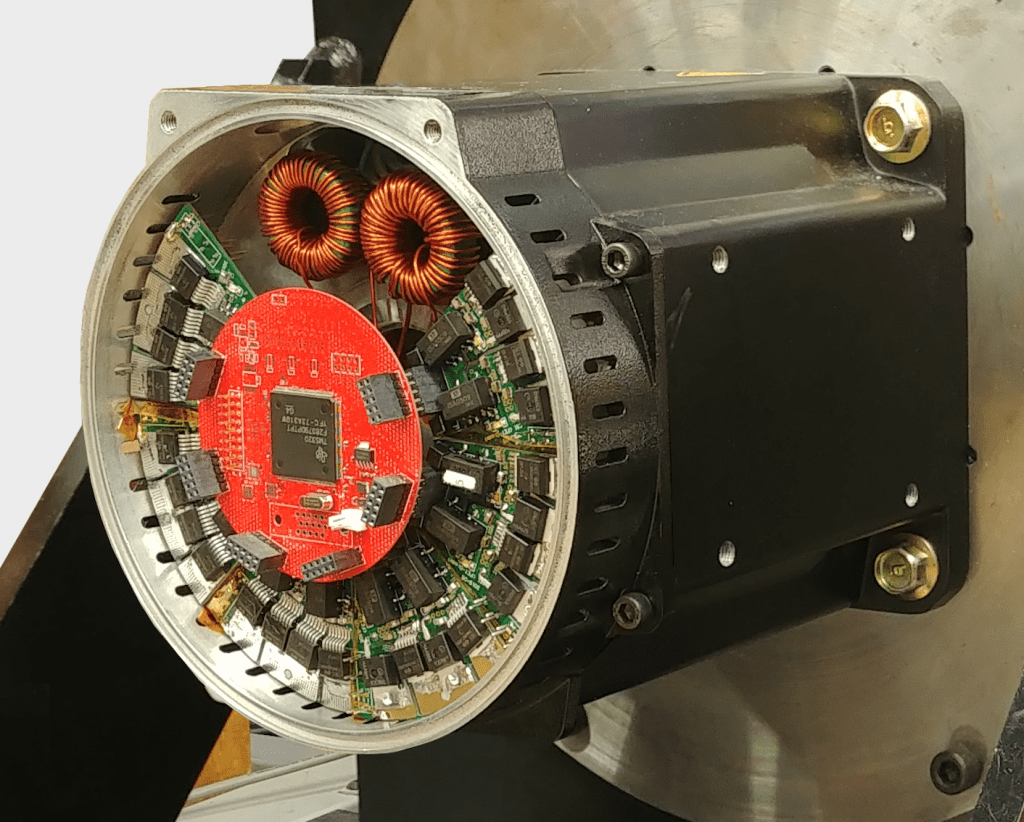 To solve this challenge, the team will study a combustion technique called energy-assisted compression ignition, which shows promise for giving those fuels a boost and thus enabling multi-fuel capability.

“With these low-quality fuels, when the fuel is injected, it’s not going to burn,” Rothamer says. “So we’ll need to assist that ignition process by bringing in some additional energy. The team is investigating the most effective and efficient method of introducing that energy.”

In addition, the researchers will analyze the benefits and tradeoffs involved with adding electric technologies to the propulsion system. For example, integrating electric machines could open up new capabilities — such as electrically assisted turbocharging — but they also require energy storage and additional components, which add weight and complexity to the system.

“We’re focusing on establishing a scientifically based modeling structure that allows us to conduct design studies, understand the tradeoffs and ultimately design a prototype system we can test and validate,” Rothamer says. 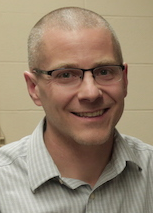 This project leverages the expertise of UW–Madison engineering faculty from the Engine Research Center and the Wisconsin Electric Machines and Power Electronics Consortium, as well as several partners from universities across the Midwest and Argonne National Laboratory.

“It’s exciting that this project brings together a large team of people with a wide range of expertise to tackle a really challenging problem,” Rothamer says. “Essentially, we’re doing the fundamental research for industry, with the Army Research Laboratory helping to transfer our scientific advances to real-world applications.”

“Collaborative research partnerships between the Army, academia and industry are crucial to achieving our mission,” says ARL Central Regional Lead Mark Tschopp. “The University of Wisconsin–Madison is bringing subject matter experts, unique facilities and great students in multi-fuel capable hybrid-electric propulsion in a partnership with the Army.” 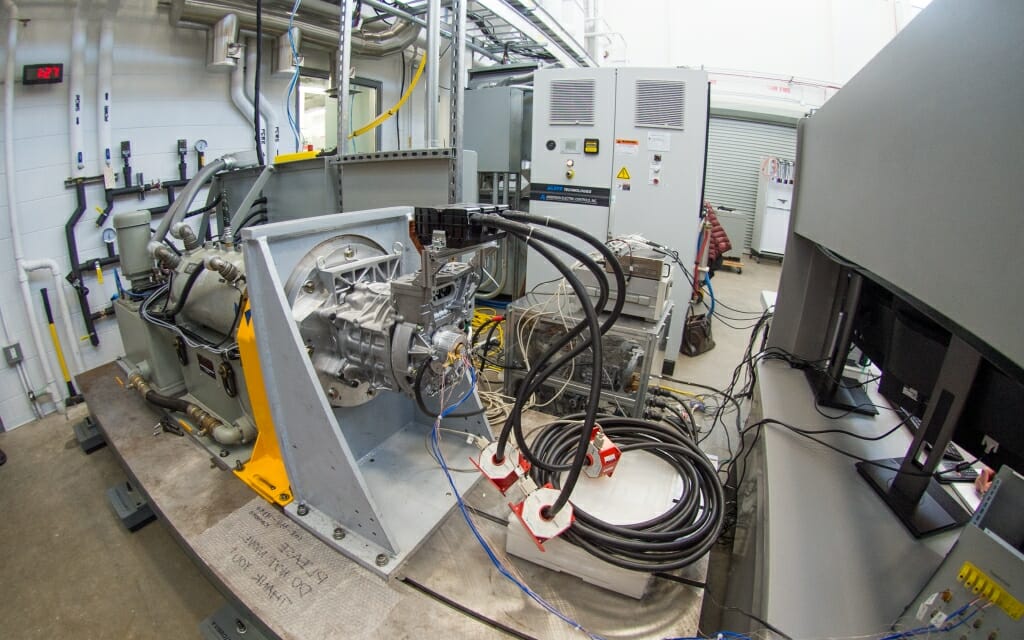 An automotive-style traction motor is tested on a state-of-the art test dynamometer in a WEMPEC lab. Researchers will explore the integration of similar motor technologies and system optimization using the hybrid-electric powertrain system modeling tools being developed as part of the Army project. Image courtesy of WEMPEC