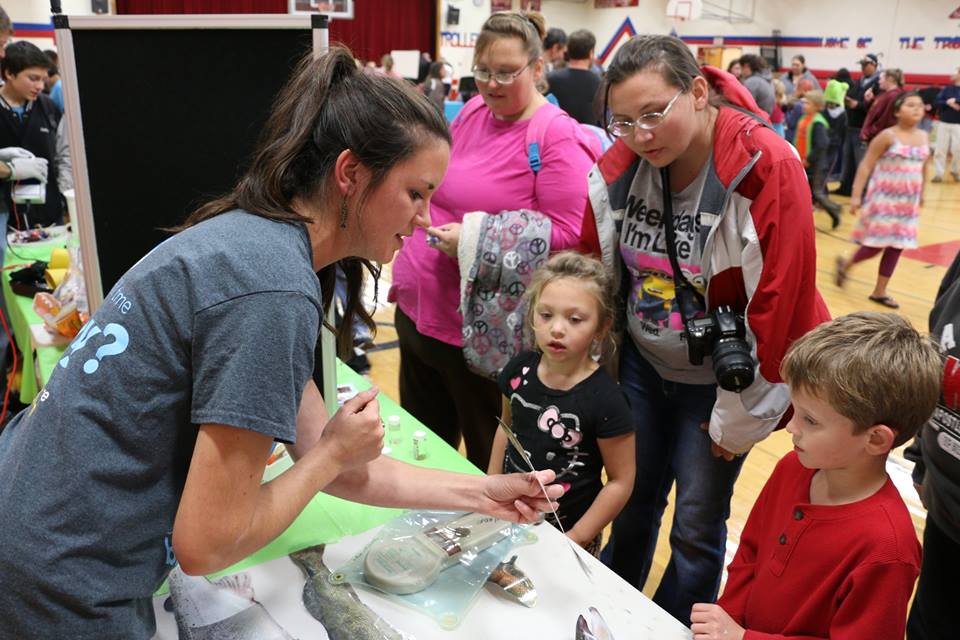 The Wisconsin Science Festival passed a milestone this year, says organizer Laura Heisler of the Wisconsin Alumni Research Foundation at UW–Madison. “For the first time, we had more activities and events outside Madison than inside Madison.”

The festival, held Oct. 20-23, is a great way to connect people in the state with science, she says. “Science is a big part of the economy and education, of how people live and work now, and how they will work and live in the future.

“When we started in 2001, we bravely took the name Wisconsin Science Festival,” says Heisler, “and we intended to be statewide from the beginning. This year, more than 200 events in 35 cities were designed to engage, educate and entertain our fellow Wisconsinites.”

The presentations ranged broadly. The Hamilton Wood Type and Printing Museum in Two Rivers showcased the antique technology of wood type. The exploration at the Oshkosh Public Library concerned extreme environments on Jupiter and Mars. 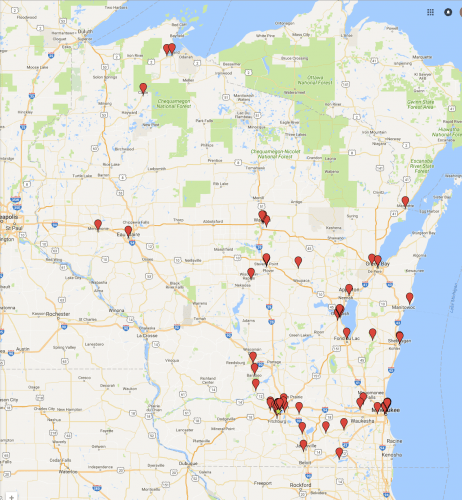 Events at the Pewaukee Public Library included “Radical Reptiles and Amazing Amphibians” and stargazing with the Pewaukee Astronomy Club. Jenny Wegener, head of youth services, says, “In a nutshell, I love participating in the Wisconsin Science Festival because it perfectly meshes with my goals: to grow curiosity, encourage creativity and build community.”

At UW-Milwaukee, anthropology professor Bettina Arnold explained the fermentation and cultural role of alcoholic mead in ancient Europe. The audience sampled a batch of mead made according to her vintage recipe by Lakefront Brewery in Milwaukee.

In Bayfield, 300 students and parents attended a family science night at the public school, with demonstrations in the cafeteria and a science fair in the gym. “There were tables and booths with hands-on demonstrations of artificial snow and edible bugs, and of course a Van de Graaff generator making static electricity,” says Rick Erickson, a high-school chemistry and physics teacher. UW-Stout Associate Professor Matthew Kuchta presented an erosion table with river system; students manipulated the sand to see how water flow affects the formation of river banks and bottoms. 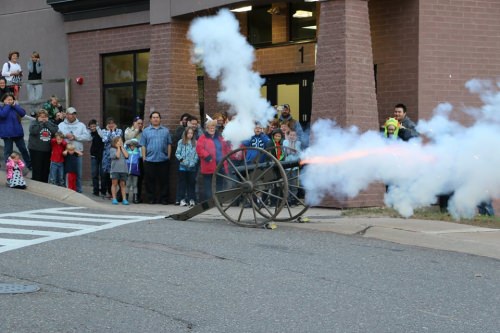 The events attracted 300 people in a school district with only 400 students. But even more satisfying was the peer teaching, Erickson says. “It was really effective, having high school students doing demonstrations — it was kids having fun with kids.”

When he first heard about the festival, Erickson says, “I saw that not much was happening in the northern half of the state and thought I should get something going. Within a week, Liz Bodin, a media specialist at the library, and I decided to do a family science night as part of the science festival.”

That can-do spirit meshes perfectly with the festival’s distributed approach, says Heisler. “The statewide events were all locally organized, and depended heavily on available scientific resources. The regions were taking ownership of the science activities in their area, and that seems like a great thing. We are inviting other communities to identify what they might like to do as part of the Wisconsin Science Festival.”