After eight years, Kael Hanson, professor of physics, is stepping down as principal investigator of the Wisconsin IceCube Particle Astrophysics Center (WIPAC) and the IceCube Upgrade Project to focus on his company.

“I’ve decided to engage the metaphorical manual transmission of life and shift gears away from this role,” Hanson recently told WIPAC staff. “My company will begin a contract with the Navy in mid-September. I have to say it’s been an honor and a pleasure to work with a team that has been characterized by review panels as being a ‘national resource.’” 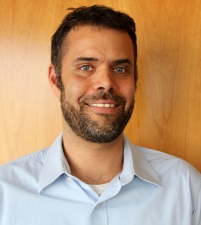 After eight years, Professor Kael Hanson will step back from his leadership role at IceCube.

WIPAC is the lead institution for managing and operating the IceCube Neutrino Observatory, located at the South Pole, under a cooperative agreement with the National Science Foundation.

The IceCube neutrino detector consists of 5,160 sensors positioned deep within the Antarctic ice.

WIPAC faculty and students are also involved in the Askaryan Radio Array, the High-Altitude Water Cherenkov experiment, the Cherenkov Telescope Array and DM-Ice.

“Kael played a major role in the development and construction of IceCube, managing development of the IceCube optical modules and later the IceCube data acquisition system,” says Steve Ackerman, vice chancellor for research and graduate education. 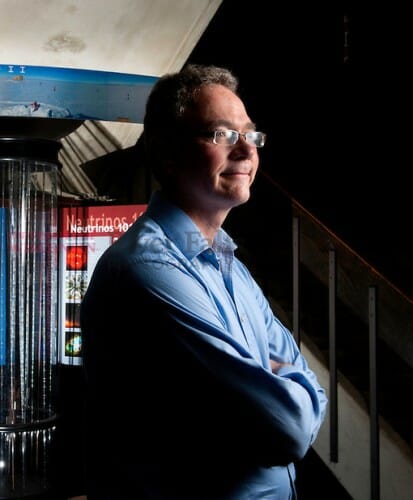 Jim Madsen, senior scientist at WIPAC, will serve as the center’s interim director.

Approximately 400 physicists and staff from 57 institutions in 14 countries make up the IceCube Collaboration.

Hanson will continue to support WIPAC, working part time as operations director for the IceCube Management and Operations program.

Jim Madsen, WIPAC senior scientist, will serve as interim director of WIPAC, and Albrecht Karle, professor of physics, has agreed to serve as the IceCube Upgrade Project’s principal investigator. Karle has been IceCube associate director for science and instrumentation since 2005 and has deep experience with IceCube project execution, including deployment to the South Pole for 14 field seasons. He joined UW–Madison in 1998. 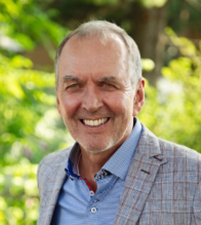 Professor Albrecht Karle will serve as principle investigator for the IceCube Update Project.

“Albrecht’s extensive deployment experience at the South Pole will ensure a smooth and successful transition as we pursue a significant upgrade of IceCube,” says Amy Wendt, associate vice chancellor for research in the physical sciences. “We are excited for this next chapter as IceCube gives us new ways to study the mysteries of our universe.”

Madsen explains that the IceCube Upgrade Project is in the final stages of a review by the NSF that will set a new schedule and budget to install seven more closely spaced, and more densely instrumented strings of sensors in the ice at the South Pole in 2025-2026.