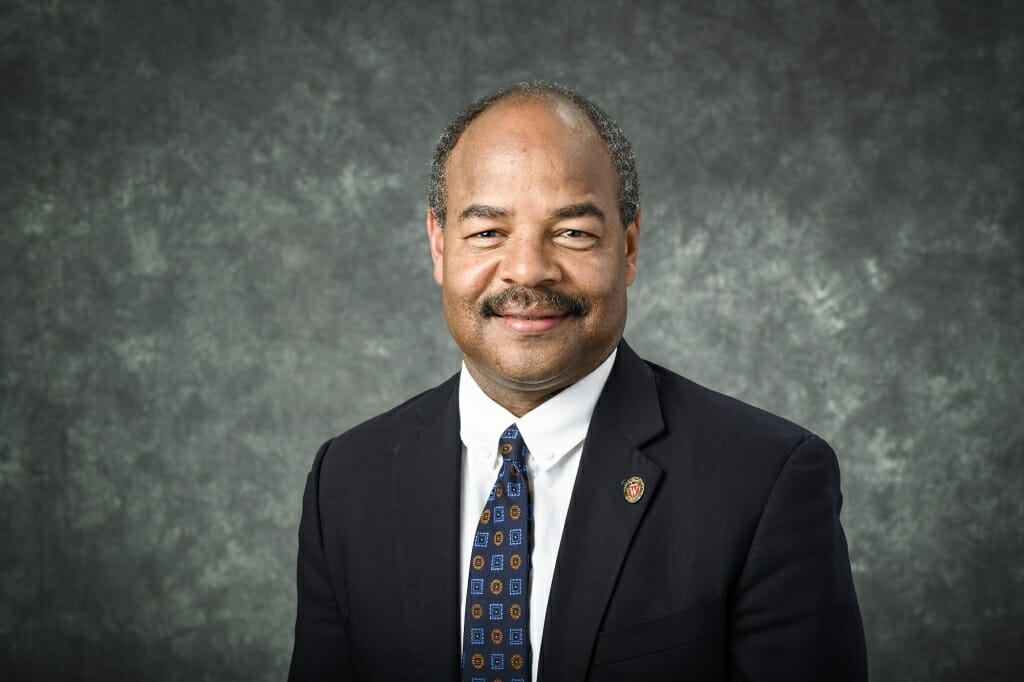 Eric Wilcots, the Mary C. Jacoby professor of astronomy and deputy dean and associate dean for research of the College of Letters & Science, has been named interim dean of the college.

His appointment follows L&S Dean Karl Scholz’s selection as the university’s next provost. Wilcots will assume his role on August 5, following Scholz’s assumption of the provost role.

“Eric is a talented researcher and an experienced administrator – we’re excited to see him move into this role,” says outgoing Provost Sarah Mangelsdorf.

It is anticipated that a search for a permanent dean will begin in the fall.

Wilcots received his bachelor’s degree at Princeton University in 1987 and Ph.D. from the University of Washington in 1992. He was a Karl Jansky Postdoctoral Fellow at the National Radio Astronomy Observatory in Socorro, New Mexico, from 1992 to 1995 before moving to Wisconsin.

His research focuses on understanding the symbiotic relationship between the evolution of galaxies and their environment. He has helped spearhead UW’s involvement in the Southern African Large Telescope project. He has been a strong advocate for the Wisconsin Idea through his leadership of the Universe in the Park outreach program, as co-chair of the steering committee of the Wisconsin Science Festival and through his work on the Origins project. He is recognized as an outstanding teacher, having won two teaching awards. Wilcots served as the associate dean for natural and mathematical sciences in L&S before assuming the role of deputy dean and associate dean for research services.

The college is the largest academic unit on campus, provides the liberal arts foundation for the university at all levels of study. It graduates more than 3,000 students every year and teaches more than 60 percent of the university’s credit hours.