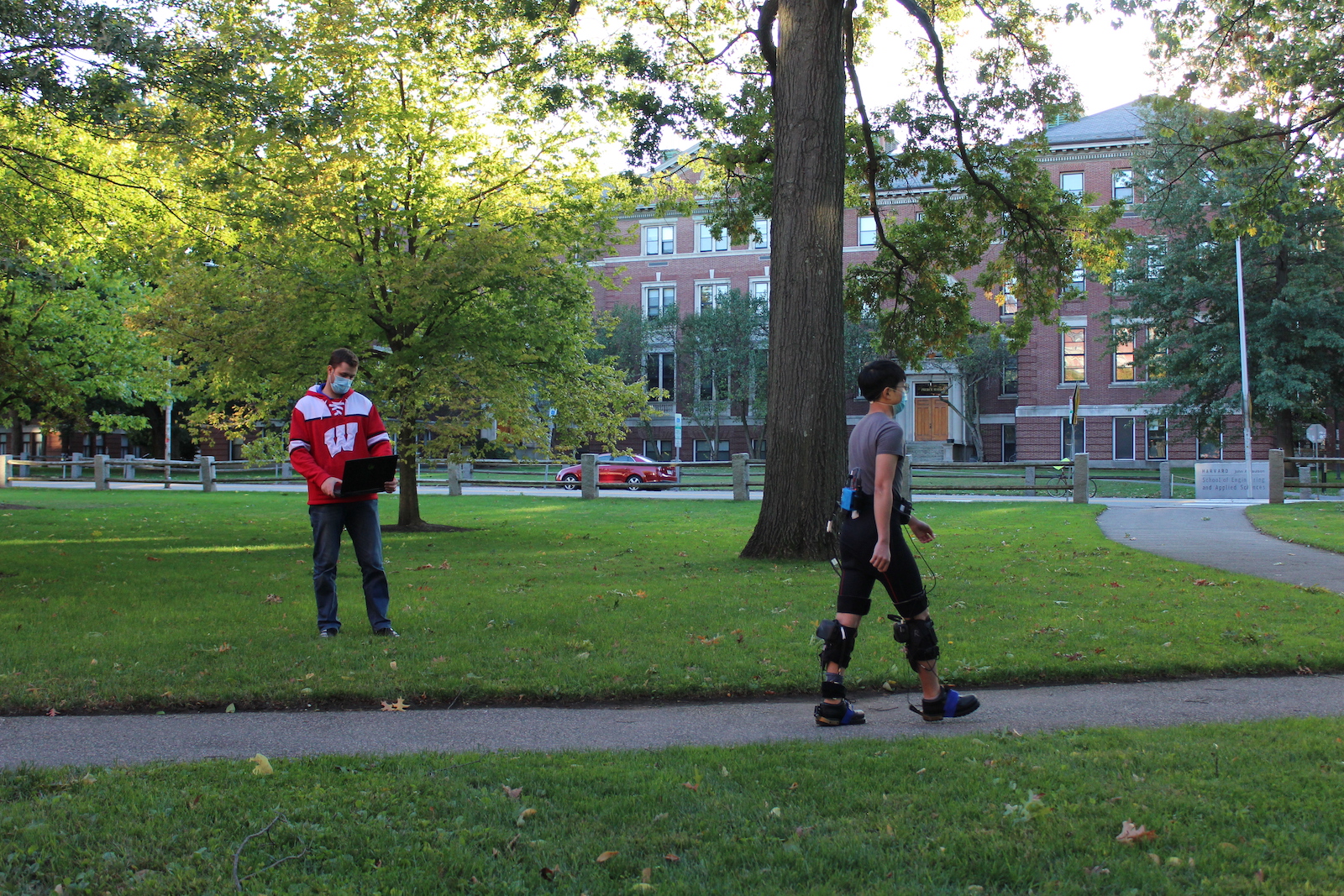 A study participant wears the exosuit and tensiometer while walking outside. Photo by Harvard Biodesign Lab

Wearing an exosuit could help people rehab from an injury or even give them extra oomph if they’re carrying something heavy.

But, according to University of Wisconsin–Madison and Harvard University researchers, not everyone who dons a wearable robot today can immediately reap benefits from the assistance.

For the first time, the research team harnessed a unique wearable sensor to directly measure force on the Achilles tendon of people who toted a heavy backpack while wearing an exosuit. The researchers performed rigorous biomechanical experiments in the lab, but notably, these systems are worn on the body and portable. This allowed the team to conduct additional outdoor tests on a person to demonstrate real-world viability. The team published its results on Oct. 19, 2022, in the journal Science Robotics. 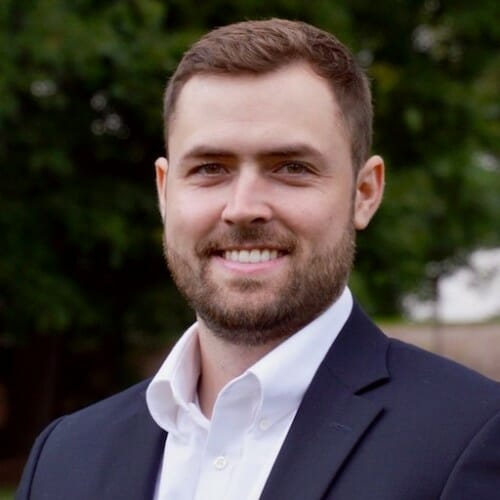 “It’s exciting that we were able to use an exosuit outdoors and get these direct measurements of Achilles tendon force. That’s a big step toward realizing the full potential of exosuits in real-world settings,” says Dylan Schmitz, a UW–Madison mechanical engineering PhD candidate and co-first author on the paper. “There are certain instances where having a lab-constrained exosuit is still a benefit—such as for working with patients in a clinical setting. But if you want to send these devices home with people, or if a person wants to buy one for personal use, then understanding how the exosuit performs in those environments is really important.”

The researchers’ findings underscore the importance of customizing an exosuit to its user so that it can be more useful in real environments.

Exosuits elicit a specific change in the wearer’s biomechanics — for example, a robotic device worn on a person’s ankle can be programmed to pull at just the right time during walking to potentially offload the calf muscles and Achilles tendon.

So far, creating the desired effect on an individual wearer has remained challenging — and there hasn’t been a good way to directly measure the changes in loading on muscle and tendon tissue that occur when a person uses an exosuit. 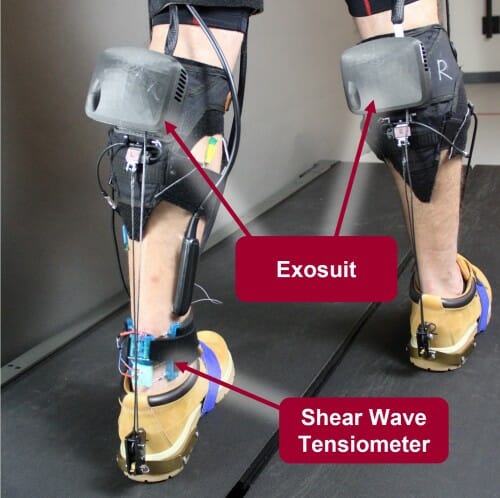 The researchers’ exosuit and tensiometer are completely portable, allowing for testing in real-world settings. Illustration by Harvard Biodesign Lab

The UW–Madison and Harvard research team has solved that challenge, employing a unique wearable sensor called a shear wave tensiometer. Developed by UW–Madison engineers and revealed in its first iteration in 2018 in Nature Communications, the simple, noninvasive device is easily mounted on the skin over a tendon. The tensiometer enables researchers to directly assess tendon force by looking at how the vibrational characteristics of the tendon change when it undergoes loading, as it does during movement.

In the researchers’ study, eight participants wore an entirely portable ankle exosuit made of soft textiles and an actuator, which was developed by the Harvard researchers. The participants, all healthy young adults, walked on an instrumented treadmill with varying levels of exosuit assistance, while carrying a range of backpack weights. During these tests, the researchers measured several biomechanical parameters and also used the tensiometer to directly measure the loading on the Achilles tendon.

As predicted, the researchers found that as they added weight to the backpack, the Achilles tendon force increased.

However, when participants wore the exosuit to help them carry the load, the results weren’t so predictable. For some participants, the exosuit substantially reduced the force on their Achilles tendon during walking—in fact, almost as if they weren’t carrying a heavy backpack.

But other participants saw little change in Achilles tendon force, counterintuitive to what the researchers expected.

Schmitz says these mixed results could be due in part to variability among individuals, as people respond differently to externally applied pushoff assistance.

“Different people are going to react to an exosuit in different ways, so we can’t assume that there is a one-size-fits-all exosuit controller that is going to work for everyone,” Schmitz says. “This research highlights the importance of taking direct measurements of muscle and tendon forces to ensure that an exosuit is causing the expected biomechanical changes. Our tensiometer enables these in vivo measurements, and it can be used as a powerful tool for tuning exosuit controllers to work effectively for individual users in different environments.”