The southern half of Wisconsin was once blanketed by oak savanna, a type of sprawling woodland marked by expansive oak trees and low-lying grasses and wildflowers. Today, the ecosystem’s 5.5 million acres has been winnowed down to just one-hundredth of one percent of its original size.

But within the borders of UW’s Arboretum, the oak savanna continues to flourish exactly as it did before the state’s first settlers arrived. Unlike the savannas of centuries past, however, when its fire-maintained ecosystem was set ablaze by lightning strikes or grazing, the Arboretum’s savannas are carefully ignited by small teams armed with drip torches. 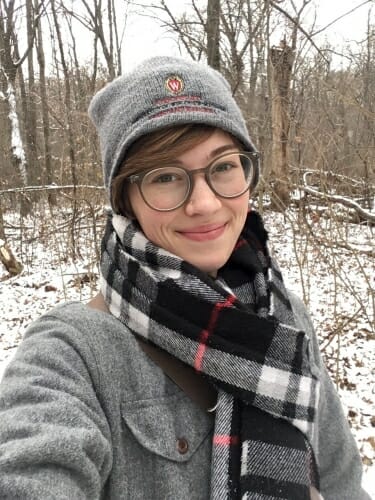 While still a student at UW, Auna Kaufmann-Schwartz assisted on these prescribed burns with five to ten other land managers, scientists, and students. Once extremely specific parameters are met that ensure smoke will disperse correctly, including humidity, wind direction and temperature, she would join her coworkers on the downwind side of the prairie. Using their torches, the group slowly traces preset paths, dropping fuel and lighting it along the way.

As the fire yawns across the savanna and razes the taller, more shade-tolerant trees that prevent the smaller oaks from growing, a person with a backpack pump brings up the rear and extinguishes the stray wisps of fire that try to wander over the line. When the fire burns out, a charred landscape is left behind but the oak savanna is ensured to flourish for another year.

As an assistant ranger at the Arboretum, Kaufmann-Schwartz took part in the sort of important, exciting, and relevant work unique to UW. But she’s not alone.

Close to 15,000 students work for the university each academic year. From working as an assistant in the Cranberry Genetics Greenhouse to serving ice cream at Babcock Hall, a wide variety of opportunities exist across all 12 schools and colleges on campus as well as over 20 other divisions at the university, including Recreational Sports, Business Services, Libraries, Information Technology, Athletics, and University Police.

Launched earlier this year, the new Student Jobs website makes it easier for students to find a job that matches their potential interests and career aspirations. Students can sort jobs by category or outcomes: the former is in close alignment with common career clusters while the latter represents important experiences the employer anticipates the student be involved in throughout their employment. Students also have the ability to sign-up for notifications, so they can be alerted each time a job is posted that fits within a particular category, outcome, or even includes a certain keyword within the posting. 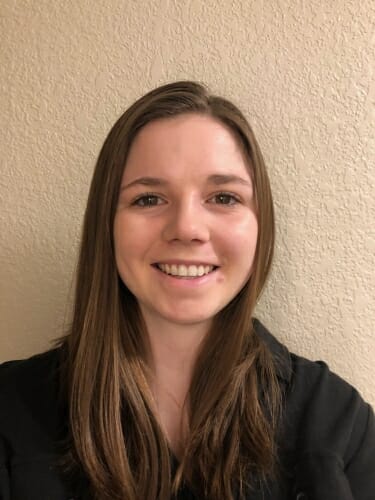 Geared for UW students, these jobs can provide an important opportunity for students to get a sense for exactly how their passions or interests may best relate to a future career. Morgan Larson, assistant manager of UW’s Meat Lab, can attest to that.

“It completely derailed what I thought I would do and shifted me into the meat science world,” she says.

Though she arrived on campus thinking she’d graduate with a biochemistry degree, she realized within a week that wouldn’t be the case. It turns out chemistry wasn’t her thing, she says, so she switched to dairy science. The new major felt natural – she had worked on Wisconsin dairy farms her whole life up to that point – but it wasn’t until she took Animal Sciences 101 and was stationed for a week at the Meat Science Lab that her interests dovetailed with a career path.

The lab’s manager said they were looking for workers and Larson started the week after that. Now, four short years later, she herself is the assistant manager of the lab. She oversees a crew of 12 to 15 undergraduates who harvest, fabricate, trim and process animals into snack sticks, beef jerky, and sausages.

“So I basically have full freedom in how I’m running it,” she says. “They trust me a lot to keep things going how they are, and they help me out when I do have issues that come up.”

She worked her way through the ranks and in the process saw firsthand the diverse jobs required to successfully take an animal from farm to fork. Slice companies, cleaning companies and casing companies are just three points within a network of meat science jobs.

And she came in contact with most of them. In the supervisor role, she even got to work with outside companies that wanted to use the facility as a pilot plant. The meat lab is home to one of the state’s few ConPro Systems, a machine that turns algae into sausage casings. Most sausages are encased in beefhide, pig intestine, or collagen, so companies wanting to create a vegan sausage have to come to UW. More specifically, they have to come to Larson directly – since she knows how to run it.

A perk of working for a leading research institution like UW is that its facilities are often unparalleled across the state and nation. Once the new Meat Science and Animal Biologics Discovery Building is completed across the street from the Natatorium, UW will be home to one the most high-tech building the state of Wisconsin has ever built for meat science.

“It will definitely push us levels above any other meat lab in the country,” she says.

The thousands of opportunities across campus cover the full gamut of responsibilities and experiences, meaning students can engage in singular hands-on experience within service, laboratories, classrooms, offices, and athletic facilities. Like for Larson, opportunities abound for students to take on supervisory roles or even program lead roles, where they can develop and oversee key programming for other students.

Geared towards maximizing a student’s connection to the Wisconsin Experience, the jobs offer both financial support for students and key transferable skills like critical thinking, time management, problem solving, and leadership. These experiences outside of the classroom can be just as critical towards making important connections and gaining relevant experiences as time spent inside the classroom. For Brody Bien, a student research assistant in the Department of Surgery in the School of Medicine and Public Health, that meant going from a concession stand worker at his high school baseball field one year to diving headfirst into his field of interest and being at the center of 40 different research studies the next year. 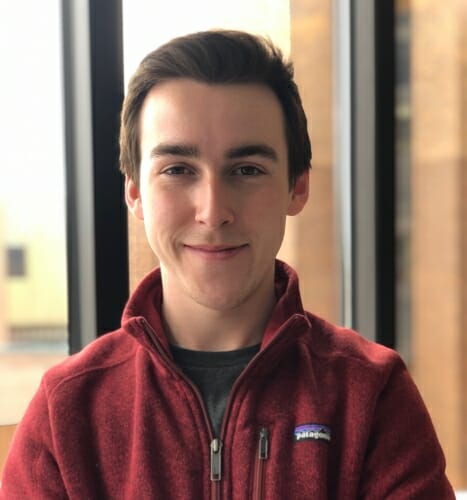 “It was extremely intimidating because I didn’t know anything. I had to learn all of it,” he says. “And there’s like a month-long crash course – there’s so many rules and regulations we have to follow.”

For the past three years, he has worked 10 to 15 hours a week in the lab assisting everybody in the office. From engaging with regulatory matters and managing the researchers’ binders to abstracting data from patients’ medical records and anticipating what the studies will need before they need it, Bien does the sorts of tasks 20-somethings aren’t typically entrusted with.

The researchers, coordinators and regulators he interacts with on a daily basis don’t treat him like a student, he says, but as a fellow coordinator or regulator depending on what he’s doing that day. In fact, he’s been there a lot longer than some of the current coordinators, so they often come to him for advice.

Bien plans to go to medical school, so working for the department of surgery will be a good gateway for that. But the job has also given him insights into research he may not have gleaned elsewhere.

“Medicine is teamwork. It’s not just one doctor and a patient. You have a doctor, a nurse, a therapist, a pharmacist all working with the patient, so it’s all teamwork. Our office of 11 people, we all work together to accomplish the same goal, and that’s to do research and to make sure that it gets done right.”

But as important as these jobs can be for beefing up a resume, they also represent a way for students to become intimately connected to campus, build a support network and realize important mentor relationships. And it is these more intangible qualities that students often say remain important parts of their life years after they graduate.

Larson’s job eventually led her into the UW’s Meat Lab Club, which sends students to meat conventions. At the most recent Wisconsin Association of Meat Processing Convention, where more than 1,000 meat products were pitted against each other in a massive judging competition, she judged summer sausages.

Auna Kaufmann-Schwartz’s job reconnected her to an important element of her identity first planted in her childhood. Despite moving around a lot in high school, she always felt connected to the land of the small farm in rural Wisconsin that she spent her earliest years on. But after bouncing around the state for several years before she arrived at UW and the Arboretum, she had been without that connection to a place.

“So, landing at the Arboretum, I made some really good friends with my coworkers because I ended up having a lot in common with them,” she says. “And I also got to have that kind of connection to a place again that was really nice.”

As she reconnected to the state’s land by patrolling trails for downed trees or debris, doing general maintenance and restoration projects, and keeping track of phenology, like what birds are moving through and what flowers are blooming, she also had formative conversations with her bosses. She says they were helpful in determining a direction for her future career plans and provided unique perspectives as women working in natural resources – a rarity in the male-dominated field.

But then again, sometimes these jobs are plainly unforgettable. She remembers the time a red-tailed hawk was spotted meandering around the Arboretum’s garden on its own two feet – an unusual thing for a hawk to do. To get their taloned friend to a wildlife rehab center, Kaufmann-Schwartz and a colleague had to first figure out how to get it into a rubbermaid tote.

“So of course that’s hard to forget.”