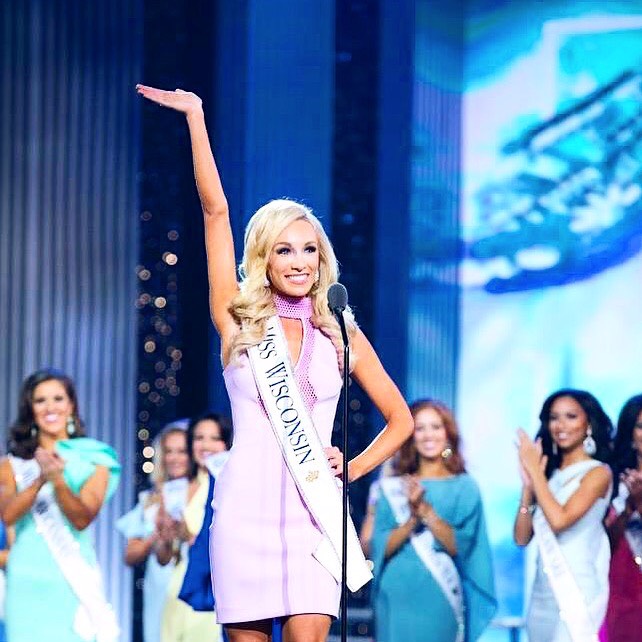 She was named Miss Wisconsin in June, and the title amounts to a full-time job for a year. She will appear at events, volunteer, promote and fundraise for the Miss America Organization’s charitable partners, visit schools and more.

After being named Miss Madison-Capital City in February, she had four months to prepare for the Miss Wisconsin contest, where she competed against 27 other women from across the state and was named Miss Wisconsin.

She went on to compete in the Miss America pageant Sept. 6-10 in Atlantic City, where she spent two weeks. 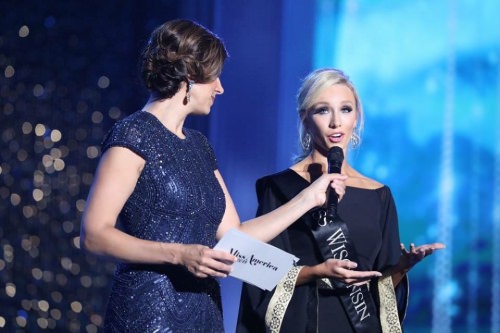 During her onstage interview, Collins said Americans of differing political stripes need to speak civilly with each other, even though they don’t agree on the issues. Photo courtesy McKenna Collins

The Waunakee native is studying communications and political science at UW–Madison.

“I’m so grateful to have such a supportive University at my back and am proud to represent Badger Nation throughout my year as Miss Wisconsin,” Collins says.

According to her profile on the Miss America website, “I’m an avid windsurfer, a hot yoga junkie and I enjoy shopping at vintage reclamation markets.”

Collins also served a congressional internship with U.S. House Speaker Paul Ryan, which sparked her platform: celebrating diversity of opinion and civility in discourse. She hopes to get a law degree and work as a congressional policy advisor in Washington, D.C.

The Miss America competition is judged in four categories, with the talent contest accounting for 35 percent of the score.

Collins’ talent is classical ballet, as she was a former professional ballerina. 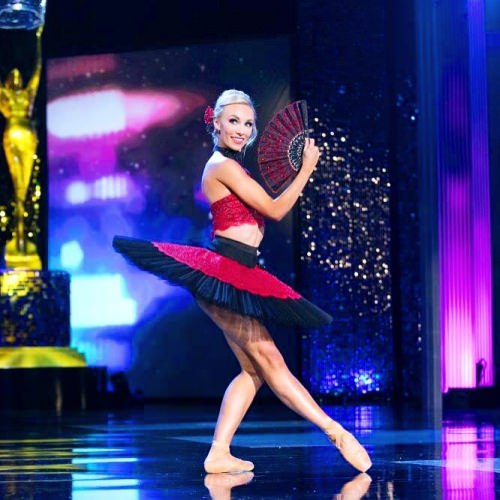 Collins’ talent is classical ballet, and she danced to David Garrett’s Carmen Fantaisie at the pageant. Photo courtesy McKenna Collins

At the Miss America pageant, she danced to David Garrett’s Carmen Fantaisie in a two piece tutu. “It was fun to put a contemporary twist on a very classical art form,” Collins said.

The next largest portion of each contestants’ score is the private interview, at 25 percent. A panel of seven professionals asks questions about everything from politics to current events. The interview lasts 10 minutes and contestants must state their options clearly and concisely.

Then, 20 percent of the score comes from the evening gown, and another 5 percent from the on-stage question.

During her onstage interview, Collins said Americans of differing political stripes need to speak civilly with each other, even though they don’t agree on the issues, according to media reports. She said she has a meeting scheduled with Speaker Ryan to discuss the topic.

“I’m hoping I’ll be having that meeting as Miss America because I really believe it’s the first thing we should be talking about as a country,” she said.

Finally, the swimsuit portion makes up 15 percent and is “so much fun!” Collins says. “I channel my inner Beyonce on stage!”

Collins describes the Miss America competition experience as a whirlwind.

For two weeks, she had to be all ready to go — with hair and makeup complete — every morning by 7:30 a.m., and the days extended late into the evenings.

However, it was an experience of a lifetime. Collins came out of the event with “50 new best friends,” one from every state, she says.

Throughout the two weeks Collins was surrounded by like-minded, ambitious, intelligent and talented young women who are not only pursuing advanced degrees, but are also passionate about giving back, she says. Those 50 women are now Collins’ support system and will help her to continue to chase her dreams, she said.

“I now fully understand that nothing is out of reach,” Collins says. “No goal is too big, no dream is far-fetched.” 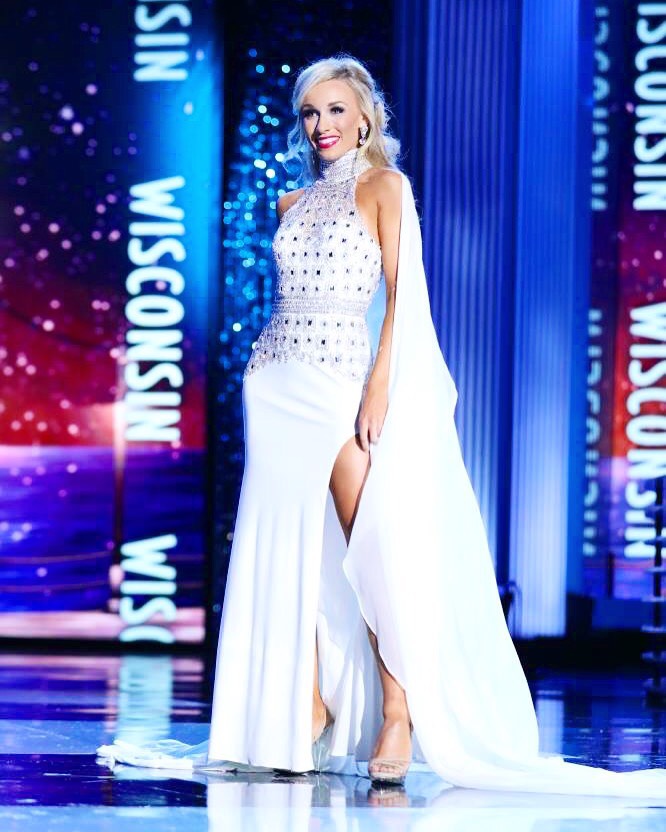