Scheufele on panel to probe a bedrock principle of science

University of Wisconsin–Madison Professor of Life Sciences Communication Dietram Scheufele has been appointed to a panel investigating reproducibility in science by the National Academies of Sciences, Engineering, and Medicine.

The committee meets for the first time today, Dec. 12, in Washington, D.C. It is expected to work for a year or more.

Scheufele, an expert in communicating science, will join 14 other committee members to address concerns about the reproducibility of experiments across scientific fields. The ability to accurately replicate scientific studies is a bedrock of science, helping ensure that future work builds on a reliable foundation. 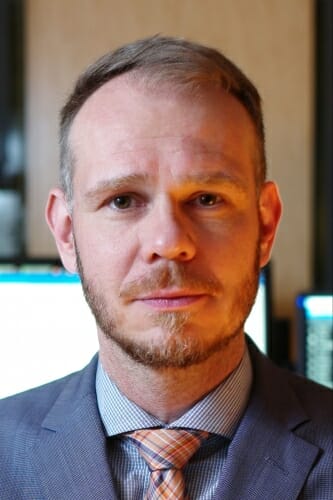 At the end of their tenure, the ad-hoc committee members will issue a consensus report defining reproducibility, detailing any systemic issues and providing recommendations to the National Science Foundation to maintain and, if necessary, improve the effectiveness and reliability of American science.

The national academies are forming this committee to address what has become known as a “reproducibility crisis,” Scheufele says. After several high-profile experiments in psychology and medicine were unable to be replicated, attention has focused on whether there are flaws in the quality checks or incentives within research programs that unnecessarily increase the proportion of unreproducible findings.

While the committee will investigate whether reproducibility can be improved, Scheufele says that difficulty replicating experiments may simply be an intrinsic part of how the scientific enterprise works.

“Science by definition is an enterprise of failure where we set ourselves up for being wrong. We build scientific knowledge exactly by rejecting failure,” says Scheufele, who also has an appointment at the Morgridge Institute for Research. “The whole idea of this committee is trying to examine the state of science in the larger context of how science has always been done and seeing if there is room to move forward more productively.”

“Just because something is proving to be wrong is not at all a bad thing, and is in fact what science is designed to do,” Scheufele adds.

In that regard, one of Scheufele’s roles on the committee will be to understand how to explain to nonscientific audiences why a degree of failure is expected in science. Scheufele researches the science of science communication to improve how technical information is conveyed to different audiences.

The consensus report the committee files will be the strongest stance a panel like this can take. Each member must agree to the findings presented in the report, meaning its conclusions will have broad support.

“The committee will see what tweaks we can make to do science in a fast-moving environment and continue to do it at the highest level,” Scheufele says.