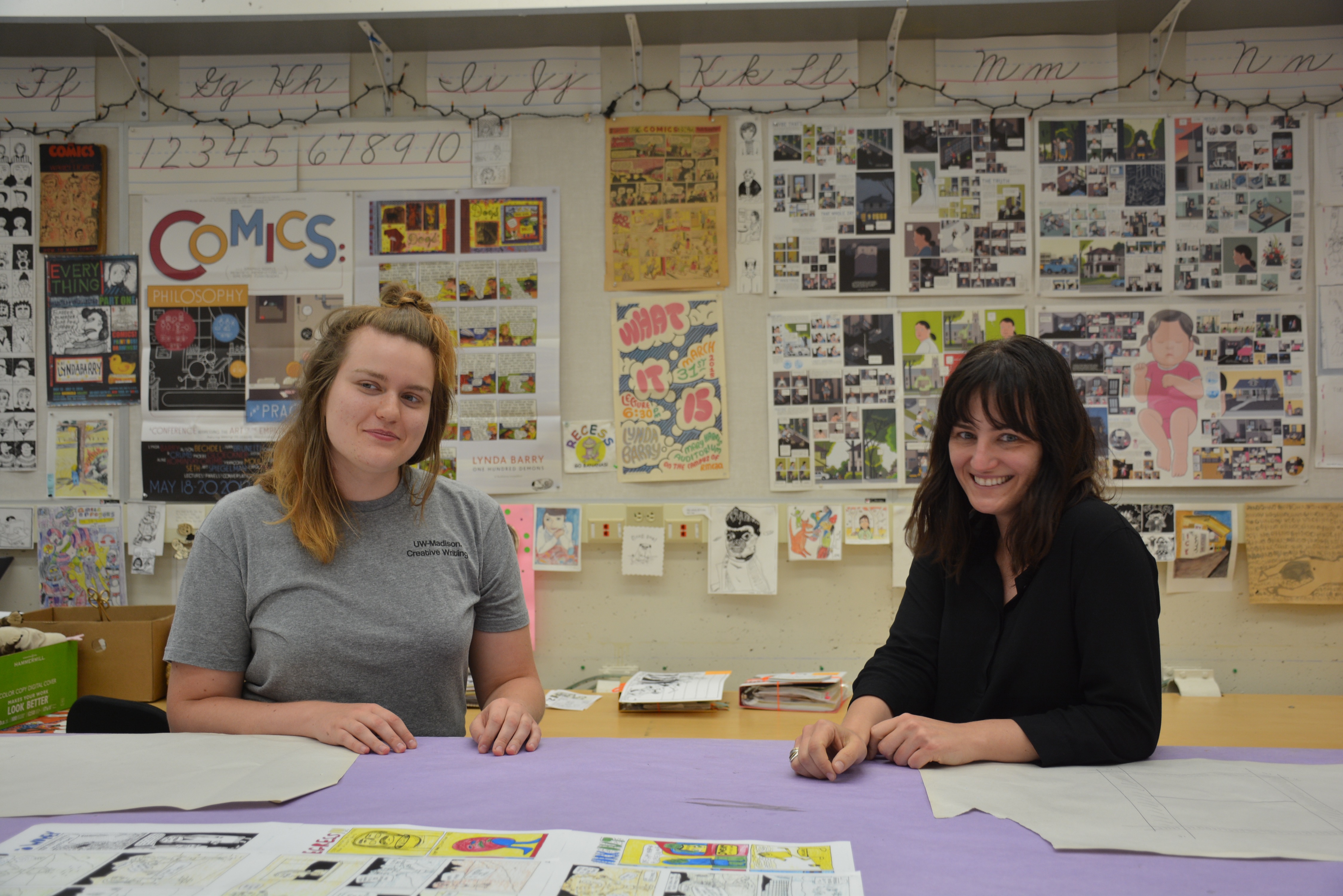 In a UW–Madison art course, students named ‘Hamlet,’ ‘Hello Kitty’ and ‘George Washington’ all can be found. As one of the first tasks of Art 448: Making Comics, students must choose a pseudonym to go by.

Though students are known by these pseudonyms throughout the duration of the class, creative writing graduate student Emily Shetler says the comics classroom is a place where students can truly be themselves.

“It’s all about what you do and what comes out of you,” she says. “You’re not trying to emulate anybody else in any way and that is really freeing.”

Now being offered during summer term, the class focuses on the art and practice of making comics, or as instructor Jason Kartez describes it, “visual storytelling through combined words and pictures.”

He says the course involves “creative communication” where students of all majors and art backgrounds can learn the process of illustrating comics, as well as developing narratives to express oneself. 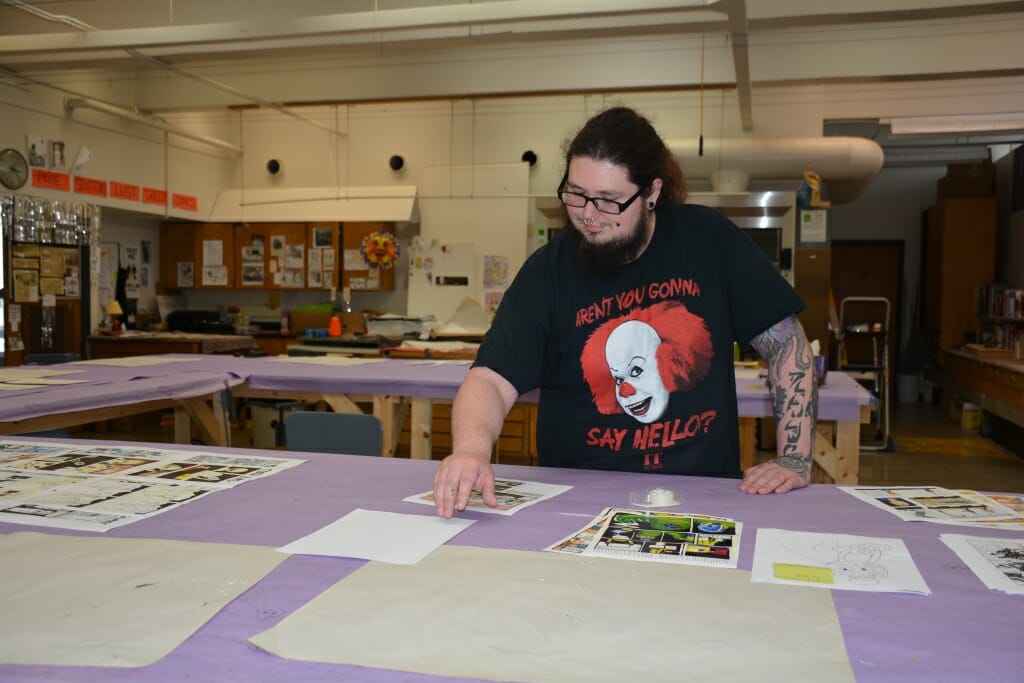 Students learn about the philosophy and practice of cartooning and comics, as well as complete daily drawing exercises throughout the course. Kayla Huynh

“Anybody can draw and everybody can gain from a comics-making practice,” Kartez says. “It’s not about how brilliant you are or how innovative you are, it’s about really investing a consistent amount of time into it.”

The class requires a daily comics-making routine that is very exercise-driven and all done by hand, he explains. By the end of the course, students walk away with a 32-page portfolio of work, something Madeline Court — another graduate student in creative writing — says shows the progress and improvement students make over time.

“It is so powerful to look at your comic strips from the beginning of the semester to the end, where you’re now doing things that you never thought you could do,” she says.

Not only do the assignments help with comics practice, the students also say it often reconnects them to experiences from when they were younger. Court, for example, is working on a comic strip that narrates one of her childhood memories.

“My friend and I would fill up a canoe with junk food in the middle of the night — we would eat all of it on the lake and sail away,” she recalls. “There’s something about drawing comics that just makes you want to go back to all of your childhood stories.”

One of the class prompts is that students must draw themselves as Batman or Batwoman, Kartez explains. Other exercises also require students to write content or stories that eventually help generate images for future comic strips — “write for eight minutes about pizza,” he uses as an example.

Though the course is heavy in writing and cartooning, Shetler describes it as “more than just drawing comics.” Beyond learning how to create comics content, students also gain skills that are imperative to promoting creativity and self-expression.

“You get more out of the course than you realize,” she says “You’re never stuck in a rut — and there’s no safety net, but it’s the most fun and the best thing ever.”

For Court, the class’ welcoming environment helps with that process and makes the course seem less intimidating as a non-art student. She says the nature of Making Comics is not about criticism, but rather about encouragement.

“The structure of the class makes you feel not as self-conscious,” Court says. “Something this course really taught me was how to not be afraid to share my work — you can be freewheeling with your imagination here.”

Though she says making comics is challenging, it is also “rewarding” and has made her realize that imperfection can be exciting.

“As a writer, I get really caught up in things having to be perfect right away,” she says. “Being in this class taught me that it’s enough just to create something new.”