A discussion of bipartisan anti-poverty proposals featuring the president of the American Enterprise Institute will take place from 3 to 4:30 p.m. Feb. 9 in the DeLuca Forum at the Wisconsin Institutes for Discovery (Discovery Building).

Arthur C. Brooks, a prominent conservative voice in matters of economic and social policy, will deliver the Institute for Research on Poverty’s New Perspectives in Social Policy lecture on “Markets and the Poor.” Timothy M. Smeeding, professor of economics and public affairs at the University of Wisconsin–Madison and former IRP director, will respond to the talk. 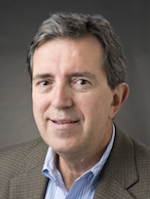 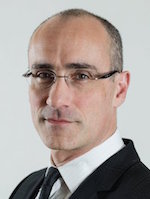 Brooks is a prolific author of books and articles on the role of government, fairness, economic opportunity, happiness and the morality of free enterprise. He is also a frequent guest on national television and radio talk shows and has been published widely in newspapers such as The New York Times, The Wall Street Journal and The Washington Post.

Smeeding is a scholar whose work on poverty and policy over many decades has been published in numerous books and cited by national news outlets.

As poverty and inequality have gained renewed traction in public policy discussions, interest in bipartisan antipoverty measures has grown. IRP’s New Perspectives in Social Policy Seminar this year seeks to continue this important discussion on campus. The annual seminar series seeks to reach beyond familiar and well-explored fields of poverty research, to challenge accepted paradigms, and to open paths to new research models and methodologies.

“We are thrilled to have Arthur Brooks as our distinguished speaker this year and to have Timothy Smeeding respond to Brooks’ talk,” IRP Director Lawrence Berger says.