UW-Madison ranks highly throughout the year 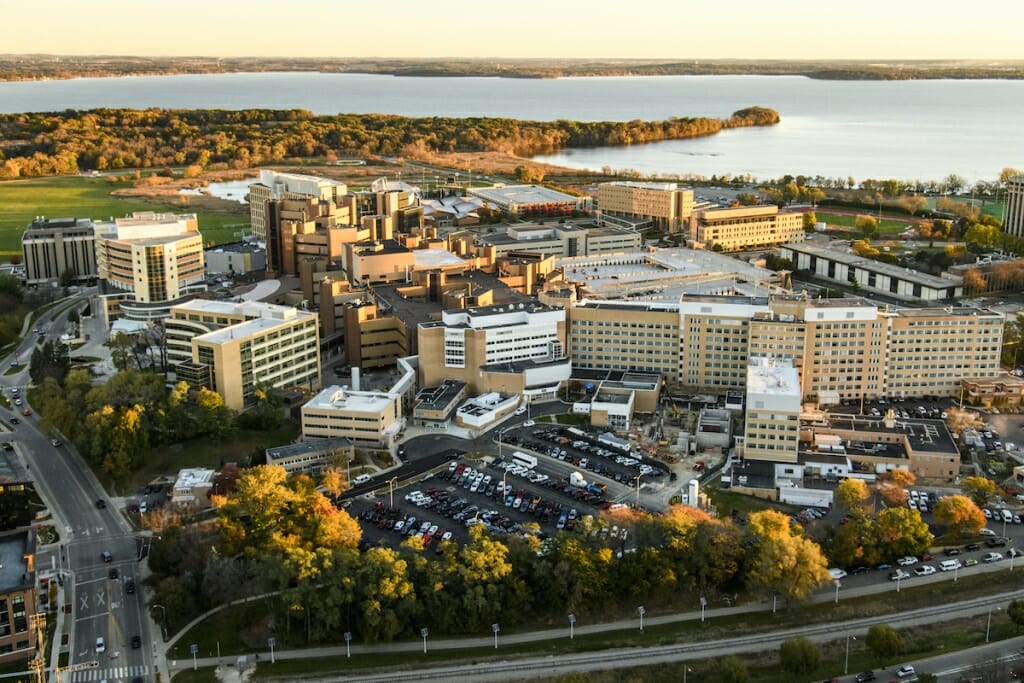 The University of Wisconsin–Madison ranks among the top universities in the nation in a variety of areas, including educational quality, reputation, affordability and access.

U.S. News & World Report’s latest college rankings. Tied for 15th among public institutions. Overall, UW–Madison ranks 49th in a four-way tie. The rankings include more than 301 national doctoral universities and are included in the 2019 edition of America’s Best Colleges. U.S. News gathers data from and about each school in undergraduate academic reputation, student excellence, faculty resources, financial resources, alumni giving, graduation and retention rates, graduate rate performances, and social mobility. Each indicator is assigned a weight based on U.S. News’ judgments about which measures of quality matter most.

UW-Madison was ranked as the 23rd “Best College for Veterans” in a three-way tie. Institutions included on this list must be certified for the GI Bill, participate in the Yellow Ribbon Program or be a public institution that charges in-state tuition to all out-of-state veterans, must have enrolled a minimum of 20 veterans and active service members in the 2017-18 academic year, and must be ranked in the top half of the institution’s overall U.S. News ranking category.

The Wall Street Journal/Times Higher Education: 66th, up from 71st last year. Rankings are based on 15 key indicators that assess colleges in four areas: outcomes, resources, engagement and environment.

Academic Ranking of World Universities: For the third year in a row, 28th in the world, 21st nationally. Rankings are based on alumni and staff winning Nobel Prizes and Fields Medals, highly cited researchers, the number of articles published in Nature and Science, articles indexed in the Science Citation Index Expanded and Social Sciences Citation Index, and per capita performance based on the size of an institution.

Money Magazine’s Best Colleges for Your Money: 48th overall and 30th among public universities. Money reviewed 727 schools based on 26 factors in three categories: quality of education, affordability and outcomes.

Princeton Review: Included as one of 200 included in the 2019 edition of “The Best Value Colleges: 200 Schools with Exceptional ROI for Your Tuition Investment.” Only 7 percent of the nation’s four-year colleges made it into this book. Schools that made the list offer stellar academics at an affordable cost with strong career prospects for graduates, The Princeton Review says. The 200 schools were chosen based on a comprehensive analysis of data from a survey of administrators at more than 650 colleges in 2017-18. Survey topics broadly covered academics, cost, financial aid, career services, graduation rates, student debt, and alumni support.