The University of Wisconsin–Madison Odyssey Beyond Bars (OBB) program received the Wisconsin State Public Defender’s Eisenberg Award for its work in giving people who are incarcerated the ability to take college courses and improve their lives.

“The Odyssey Beyond Bars program is giving those incarcerated a chance to expand their minds and explore their opportunities once they return to their communities,” said Public Defender Board Chair James M. Brennan. “That’s critical to their success going forward, and we applaud these efforts.”

Odyssey Beyond Bars teaches credit-bearing and noncredit UW–Madison courses to students incarcerated in Wisconsin prisons. The program helps address the problem of mass incarceration in Wisconsin by giving students the academic and professional opportunities they need to succeed when they reenter communities.

Awarded annually, the Eisenberg Award is handed out by the Public Defender Board in recognition of those who have had a substantial impact on the indigent defense community, the rights of the poorest citizens and/or the criminal justice system. The award is named in honor of Howard Eisenberg, former dean of the Marquette Law School. Past recipients have included nonprofits, lawmakers, judges and law schools, such as the University of Wisconsin Law School. 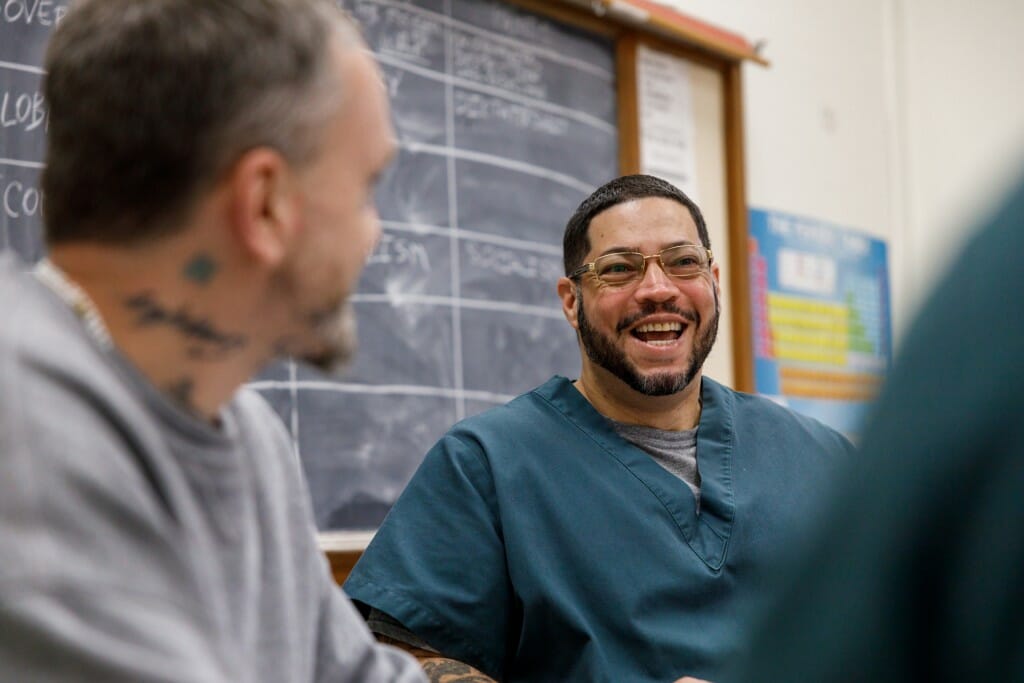 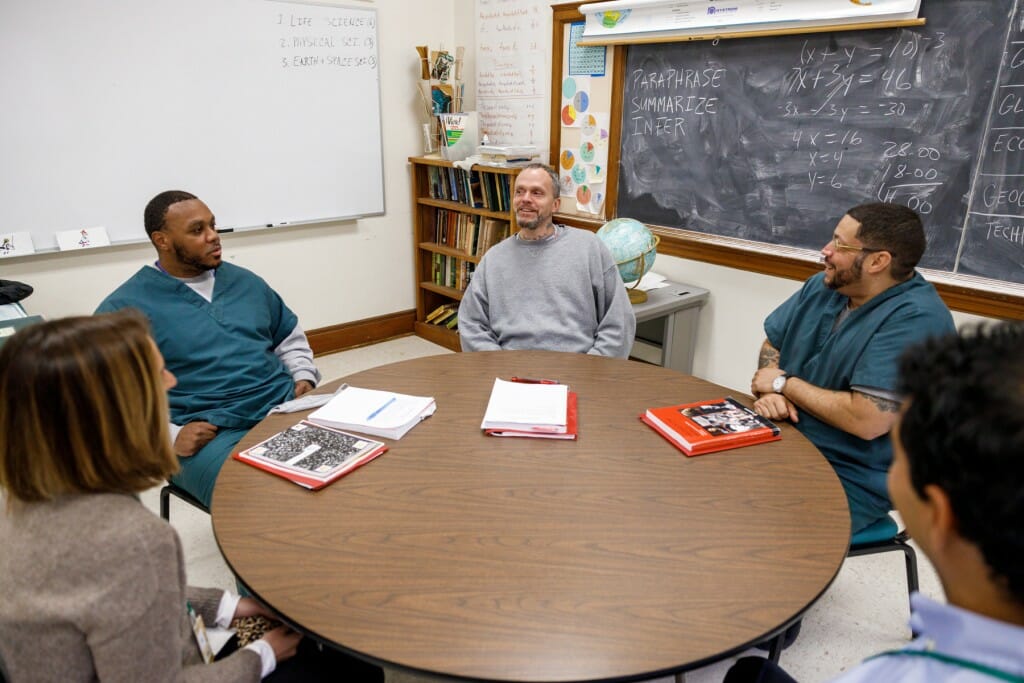 Odyssey Beyond Bars students Billy Thompson, Daniel Schleicher and Mark Español are all current students in a UW–Madison English 100 class at Oakhill. Photo by Chris Bacarella 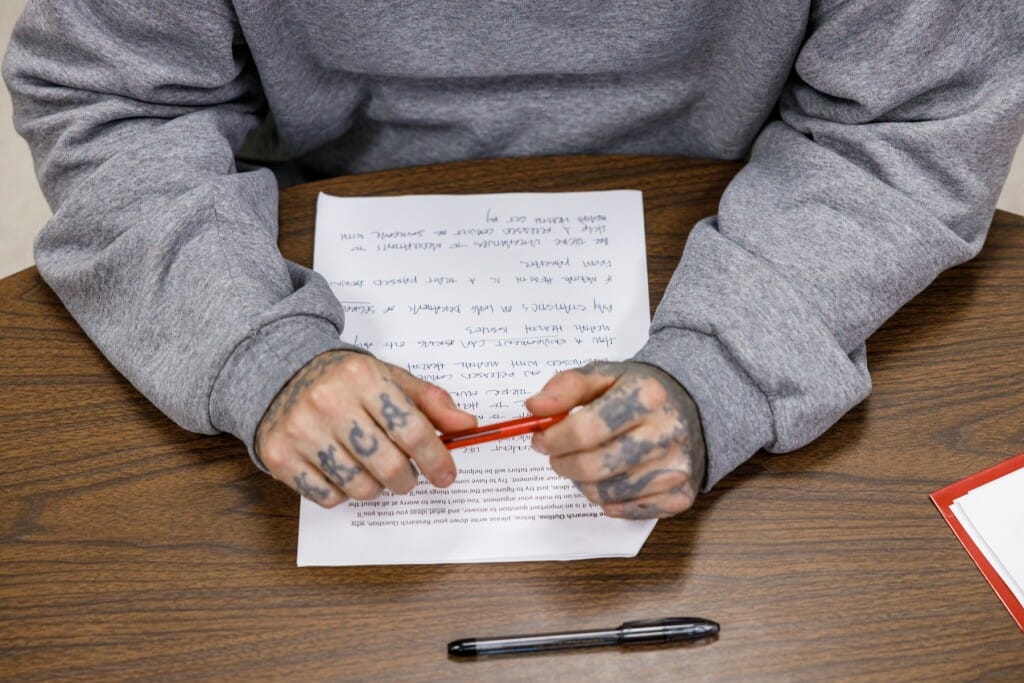 “This award is a great honor for our program and a testament to the vast potential of students in prison,” said Odyssey Beyond Bars Director Peter Moreno. “Many of our students are hungry for a chance to reframe their futures, and it is a joy to see them succeed.”

It’s well-documented that prison education is worth the investment. A 2014 study by the Rand Corporation found that inmates participating in prison education programs had a 43 percent lower chance of going back to prison after being released. It also found that the odds of getting a job after being released were 13 percent higher for those that took classes while incarcerated.

“What amazes me about our students is their level of engagement—with the texts, the writing assignments and each other,” said Odyssey Project Co-Director and OBB Instructor Trainer Kevin Mullen. “They put so much thought and effort into every essay, and the classroom has an electric kind of energy. Over the course of a semester, they grow into a community of learners that rivals any I’ve been a part of in 20-plus years of teaching.”

Odyssey Beyond Bars is a part of the UW–Madison Odyssey Project, which takes a whole family approach to breaking the cycle of generational poverty through access to education. The Odyssey Project offers a six-credit English course for low-income adults, Odyssey Junior for children and grandchildren of Odyssey students, Onward Odyssey for students continuing their education and Odyssey Beyond Bars.