Yi-Fu Tuan, a towering intellectual figure and University of Wisconsin–Madison professor emeritus of geography died Aug. 10 at UW Hospital in Madison at age 91, with a dear friend and former student, Charles Chang, by his side. 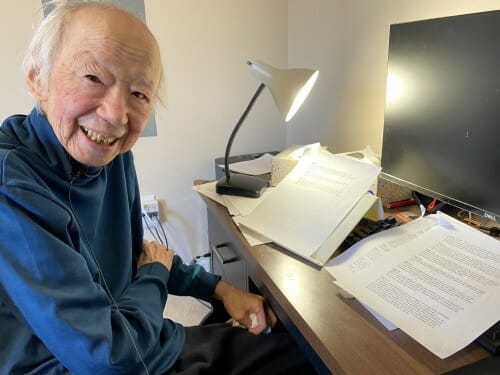 Yi-Fu Tuan in March 2022 during a break in filming with a Dutch film crew. His work introducing and expanding the field of humanistic geography is influential across the arts, humanities and social sciences, as well outside academia. Photo by Kris Olds

Tuan was a prolific writer and deep thinker who was known as the father of humanistic geography. A movement within the field of human geography, humanistic geography arose in the 1970s as a way to counter what humanists saw as a tendency to treat places as mere sites or locations. Instead, a humanistic geographer would argue, the places we inhabit have as many personalities as those whose lives have intersected with them. And the stories we tell about places often say as much about who we are, as about where our feet are planted.

It was Tuan who gave rise to the recognition among geographers that the intimacies of personal encounters with space produce a “sense of place.”

“People think that geography is about capitals, landforms and so on,” Tuan said. “But it is also about place — its emotional tone, social meaning, and generative potential.”

Time, age, sadness, loss, goodness, happiness, and the concept of home are all themes Tuan explored at length in his more than 20 books, including his best-known work, “Space & Place,” as well as “Humanist Geography: An Individual’s Search for Meaning.” In his later years, Tuan turned to introspection with his most recent books: “Who Am I?  An Autobiography of Emotion, Mind and Spirit” and an addendum, “Who Am I? A Sequel.” Both works look back on the author’s early life in China and his rise to become one of America’s most innovative intellectuals.

Yi-Fu Tuan joined the faculty of the Department of Geography at UW–Madison in 1983, was named John Kirtland Wright Professor of Geography in 1985 and was named a Vilas Research Professor that same year, before attaining emeritus status in 1998.

His influence on the field of geography was enormous.

“For decades, Yi-Fu Tuan’s work shaped the thinking of generations of geography students and academics,” says Lily Kong, human geographer and president, Singapore Management University. “His place in the geographical canon is undoubted. His shaping of humanistic geography contributed to important philosophical shifts in the discipline.”

Tuan was beloved by his students, both graduate and undergraduate alike. He often shared meals with undergraduates and enjoyed visiting the State Street Starbucks to listen in on, and sometimes join, students’ conversations about their studies.

“Yi-Fu Tuan insisted on the importance of the “human” in “human geography,” says Tim Cresswell, a graduate student of Tuan’s at UW–Madison who is now Ogilvie Professor of Geography at the University of Edinburgh. “By emphasizing humans as thinking, dreaming, imagining beings who experience the world — capable of goodness, beauty and truth as well as greed, cruelty and domination — he showed us how all of these traits are reflected in our spaces, places and landscapes.”

Tuan opened geography to scholars in other disciplines, according to Cresswell, and invited thinking on what geography had to offer our understanding of the human condition. Tuan’s work was cited and celebrated by scholars across the arts, humanities and social sciences, as well as by writers and professionals outside academia.

After his retirement, Tuan remained an emphatic presence on campus. Through his books, essays, and letters, as well as through innumerable conversations with students, Tuan continued to profoundly influence scholarship and thinking. An article about Yi-Fu Tuan in the Chronicle of Higher Education, 13 years after his retirement from UW–Madison, claimed that the geographer “may be the most influential scholar you’ve never heard of.” His world-renowned stature was complemented by a kind and generous demeanor, an intense curiosity about the world, and a keen interest in how his beloved department was evolving over the years. He was a model university scholar and citizen, says Kris Olds, a professor in the Department of Geography. 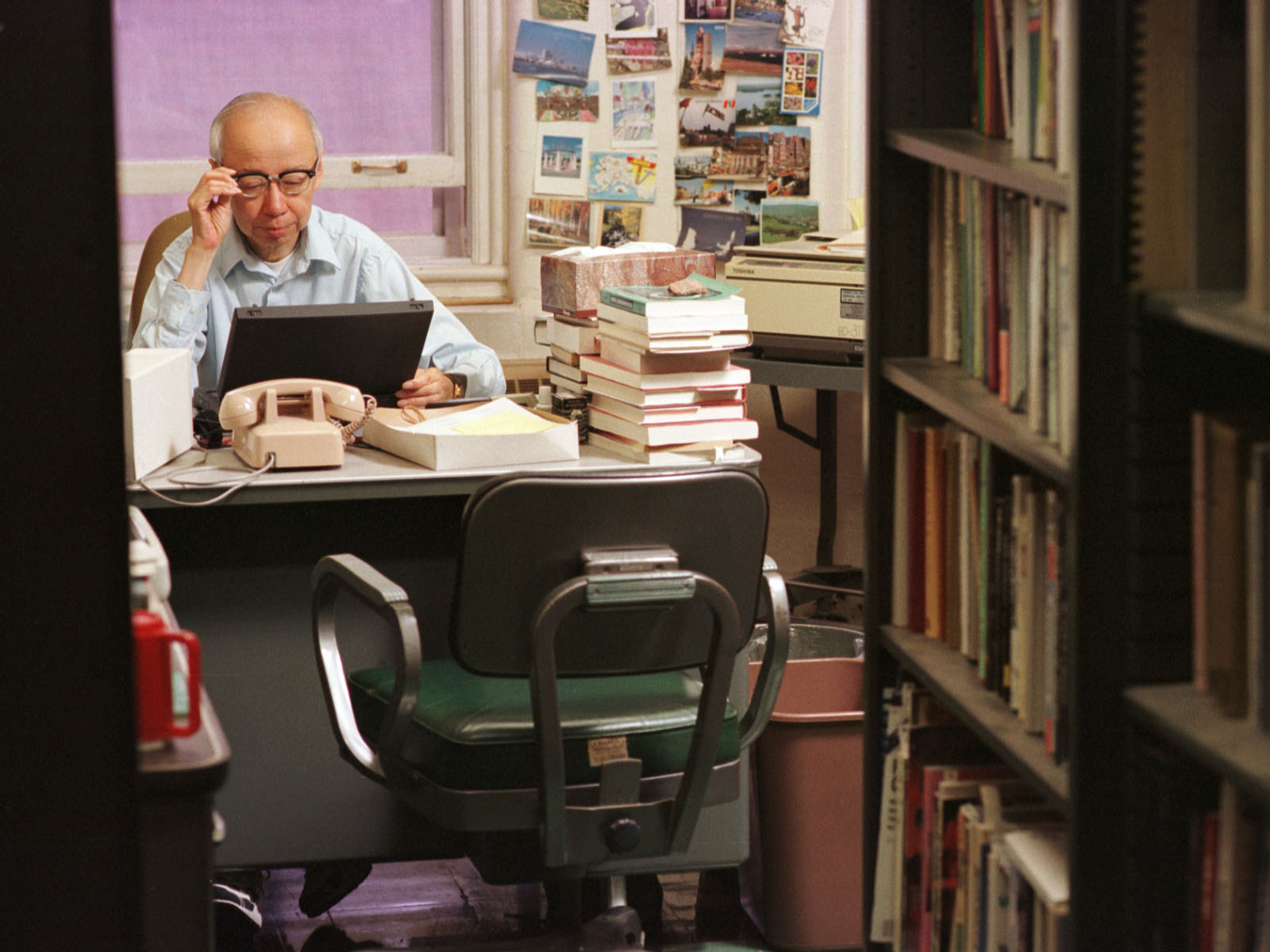 Yi-Fu Tuan at work in his Science Hall office in 1998. Tuan was a prolific writer. Photo: Jeff Miller

In Oct. 2012, Tuan was awarded the Vautrin-Lud International Geography Prize, the highest honor a geographer can receive. In 2013, he received the inaugural American Association of Geographers Stanley Brunn Award for Creativity in Geography, created to recognize “originality, creativity, and significant intellectual breakthroughs in geography.”

One of Tuan’s most unique contributions may be his “Dear Colleague” letters, composed over decades and sent to colleagues and friends, relating observations and changes in his daily life against a backdrop of larger political, educational, and social change.

Chang also pointed to a story Tuan shared in an unpublished manuscript entitled “Summing Up,” in 2019.

“One day, as I walked down State Street, I heard the voice of a child behind me saying repeatedly, ‘Are you a student?’ Tuan wrote. “I ignored the question, for it could hardly be addressed to me. But I got curious, turned around, and asked the child, ‘Now, look here, do I look like a student?’ His reply, ‘Yes, you have a backpack.’ Well, that made my day! I have a backpack, which means that I am a student still open to life.”

“In a broad sense,” Chang says, “he was always open to life. He remained an active learner of the cosmos, of human goodness, to the end.”