UW–Madison Alzheimer’s disease study is largest of its kind 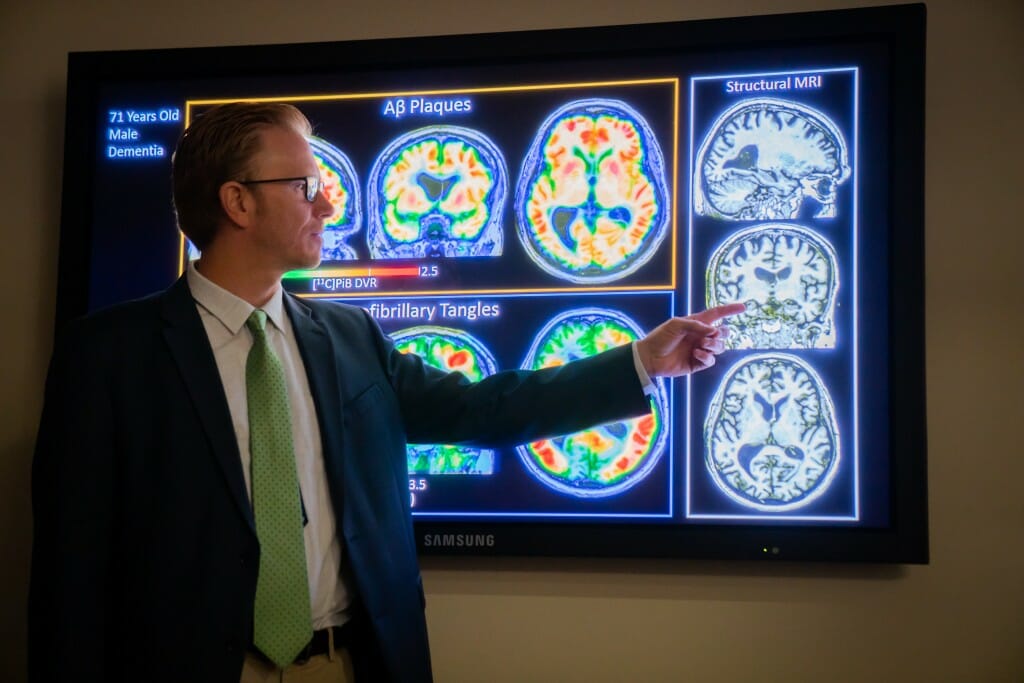 With more than 1,700 research participants and 20 years of data, the Wisconsin Registry for Alzheimer’s Prevention (WRAP) is now the largest, and among the longest-running, family history studies of Alzheimer’s disease in the world.

“I’m especially grateful to our research team, which includes our remarkable research participants who have dedicated their time to helping improve the science of Alzheimer’s disease,” says Sterling Johnson, WRAP principal investigator and associate director of the Wisconsin Alzheimer’s Institute at the University of Wisconsin–Madison. “Because of them, we are making real progress towards a future of delaying, preventing and ending Alzheimer’s disease.”

The study began in November 2001, with just one participant. Now, with each year that passes, participation becomes even more valuable. The longer a person takes part in research, the more scientists can learn about changes that may happen in the brain and how these changes may relate to cognitive function over time, explains Johnson, who is also associate director and Biomarker Core leader in the Wisconsin Alzheimer’s Disease Research Center.

Among the participants, 72 percent have a family history of Alzheimer’s disease, which is a risk factor. Every two years, participants take part in memory testing, blood draws and interviews. A subset also undergoes brain imaging and spinal fluid tests.

Two decades ago, scientists lacked the technology to study Alzheimer’s disease brain changes in living research participants. However, advances in medical imaging and in laboratory tests of cerebrospinal fluid samples and blood samples are now allowing researchers to identify early brain changes associated with the disease.

The WRAP team intends to share with qualified researchers all over the world the trove of data that has accumulated over the last 20 years, enabling scientists to uncover new knowledge on how Alzheimer’s disease begins. These data are already shaping how scientists and clinicians across the world think about the disease.

The WRAP team is also carefully examining blood samples that have been stored since the study began, looking for molecular signs of the disease that may emerge over time.

And, WRAP continues to make health equity a priority.