Phoenix Rice-Johnson, a 2016 graduate of the University of Wisconsin–Madison, has been chosen as one of 69 students in the second global cohort of the Knight-Hennessy Scholars program at Stanford University. 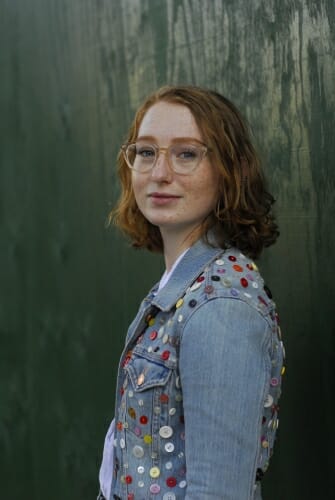 Applicants are evaluated based on independence of thought, purposeful leadership and a civic mindset. A native of Pahoa, Hawaii, Rice-Johnson aspires to engage underrepresented and low-income populations in the political process.

“It is an honor to have been chosen for a scholarship that seems to truly value its scholars on a holistic level, and I am thrilled that the Knight-Hennessy is doing what it can to make the dream of attending Stanford possible for so many,” Rice-Johnson says.

Julie Stubbs, director of undergraduate academic awards at UW–Madison, notes that in addition to receiving full funding for graduate study, Knight-Hennessy Scholars take part in the King Global Leadership Program — formal leadership development training with individual coaching and the chance to collaborate with fellow scholars across disciplinary and geographical boundaries.

“That’s what makes this scholarship unique,” Stubbs says. “The Knight-Hennessy Scholars Program is looking for students who ‘out think,’ ‘out work’ and ‘out care’ when tackling complex problems. That describes many UW–Madison undergraduates. I hope others will follow Phoenix’s path and apply.”

During her time at UW–Madison, Rice-Johnson received many of the university’s top institutional awards, including the College of Letters & Science Dean’s Prize and the Teddy Kubly Award, an annual campus-wide honor for the most outstanding graduating senior. She was one of two UW–Madison students selected to receive a distinguished 2015 Truman Scholarship, awarded to 58 students nationwide.

Rice-Johnson earned a bachelor’s degree in political science and international studies and a minor in South Asian studies from UW­–Madison. In 2017, she was awarded a Marshall Scholarship to study at any university in the United Kingdom. She expects to graduate from King’s College London with a master’s degree in public policy this fall.

The 2020 Knight-Hennessy Scholars application will open on May 1. The program is named for John L. Hennessy, chairman of Alphabet Inc. and president of Stanford from 2000 to 2016, and Phil Knight, a Stanford alumnus and co-founder of Nike Inc.