For domestic violence victims seeking protection from an abusive partner, restraining orders are often a first line of defense.

These court orders, signed by a judge, mandate that perpetrators stop the threatening behavior or face serious legal consequences. However, the process for obtaining such an order under traumatic conditions can be overwhelming — especially for victims acting without a lawyer’s assistance.

The University of Wisconsin Law School is stepping in to help, with a new program called the VOCA Restraining Order Clinic. The program gets its name from the 1984 Victims of Crime Act, which makes federal funds available for victim support programs. 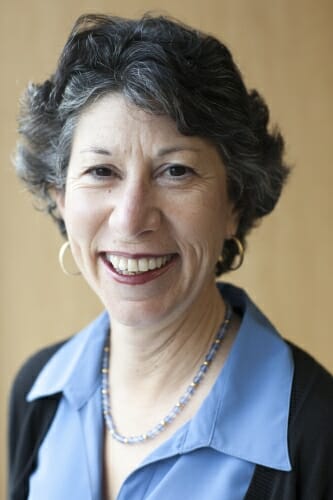 The new clinic will address a gap in legal services, says Marsha Mansfield, a family law professor and the director of UW Law’s Economic Justice Institute. In Dane County alone, law enforcement responded to domestic abuse complaints involving more than 3,100 victims in 2016, according to Department of Justice statistics.

Mansfield says plans are underway to provide restraining order services in Dane County, as well as three neighboring counties: Jefferson, Rock and Sauk. “We’re partnering with domestic abuse agencies in each of these counties, and I expect that most of our clients will be referred to us through their programs,” she says.

Obtaining legal protection from an abusive partner is a two-part process: the first part involves petitioning for a temporary restraining order, and the second involves a court hearing. If a court official grants the temporary order, the petitioner and the accused will be summoned to court within two weeks to tell their stories before a judge. The judge then decides whether or not to authorize a longer-term order, known in Wisconsin as an injunction. Injunctions can be granted to petitioners for up to ten years.

When the clinic opens early next year, UW Law students will provide all the services, with supervision and mentoring from licensed attorneys. Mansfield says students will gain valuable experience interviewing clients, drafting and filing court documents, preparing for hearings, and conducting direct and cross examination.

But beyond teaching lawyering skills, the clinic is designed to teach students empathy. By working with community agencies that provide non-legal services, clinic students will broaden their understanding of the physical, psychological and economic challenges victims face.

Mansfield expects the clinic to resonate with UW Law students, many of whom have already expressed interest in applying. The experience requires a semester-long commitment, during which students will complete two or three cases, she estimates.

That’s unusual in a clinic setting where cases can sometimes stretch out over years. “From the initial filing to the hearing, restraining order cases usually last three or four weeks. The hearings are very condensed, so students will have the opportunity to take on every part of the injunction process. It’s like a mini-trial experience,” says Mansfield.

According to Carrie Sperling, the idea for a victims’ clinic originated with the state legislature’s Committee on Access to Civil Legal Services, chaired by Rep. Cody Horlacher (R-Mukwonago). Sperling, the Law School’s associate dean for experiential learning and education innovation, says Law School administrators worked with the Wisconsin Department of Justice to secure funds for the clinic. The DOJ administers the VOCA award, which is meant to support direct services for victims of violent crime.

“This partnership is a great example of the university collaborating with the legislature and other state agencies for the benefit of Wisconsinites. Survivors of trauma will receive legal services they might not have been able to access or afford, courtrooms operate more efficiently when litigants have advocates to represent them, and our law students get a transformative educational experience that prepares them to better serve the needs of crime victims,” Sperling says.

Wisconsin Attorney General Brad Schimel, who leads the DOJ, agrees. “As a prosecutor, I understand the empowerment that victims experience through trauma-informed legal representation,” he says. “We are excited to partner with the UW Law School to ensure victims have access to this representation, while additionally fostering the skill development of new lawyers.”

The Law School has launched a search for a clinic director, with plans to open the clinic to students in January 2019.