University of Wisconsin Law School will present a conversation with Sonia Sotomayor, associate justice of the U.S. Supreme Court, on Thursday, Sept. 8. 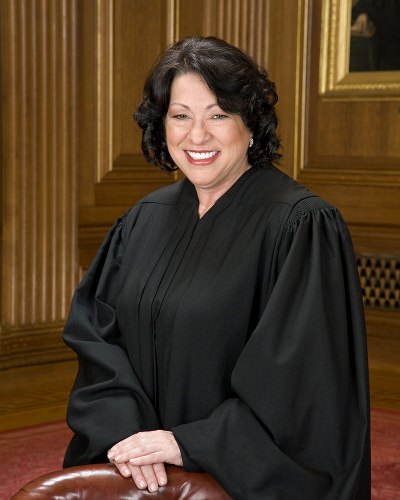 Yablon, a UW Law School professor, says the audience can expect a lively exchange about the justice’s compelling life story and her influential work as a jurist.

“Whenever Justice Sotomayor speaks, her wisdom and passion for the law shine through,” Yablon says.

Nominated by President Barack Obama in 2009, Sotomayor is the first Hispanic and the third woman to serve on the Supreme Court. Prior to her appointment, she worked as an assistant district attorney in New York County (Manhattan), and then practiced intellectual property law at the firm of Pavia & Harcourt. From 1992 to 1998, she served as a judge of the U.S. District Court, Southern District of New York, and from 1998 to 2009, on the U.S. Court of Appeals for the 2nd Circuit.

Sotomayor’s memoir, “My Beloved World,” describes how she met and overcame the difficult circumstances of her childhood. In it, she writes, “The challenges I have faced — among them material poverty, chronic illness, and being raised by a single mother — are not uncommon, but neither have they kept me from uncommon achievements.”

Dean Margaret Raymond says the justice joins a long line of distinguished Kastenmeier lecturers, 22 in all, who represent the nation’s sharpest legal minds.

“From law school to law practice, from her historic appointment on the Supreme Court to her landmark rulings, Justice Sotomayor is an inspiration to the members of our law school community in so many ways,” Raymond says. “It will be my special privilege and honor to welcome her here.“

The Kastenmeier Lecture is named for the late Bob Kastenmeier, who represented Wisconsin’s 2nd district in the U.S. House of Representatives from 1959 through 1990. The congressman was a 1952 graduate of UW Law School.

No tickets remain for the free event, scheduled for 4 p.m. at Shannon Hall in UW–Madison’s Memorial Union. Tickets were made available to the public on a first-come, first-served basis from the Memorial Union box office.

NOTE TO MEDIA: Limited press credentials are available on a first come, first served basis dependent on available seating. Photography will be allowed during first few minutes of lecture. Video cameras must be in fixed location. Justice Sotomayor will not be available for interviews. Please contact Karen Koethe at 608-890-2611 or koethe@wisc.edu.