UW astrophysicists simulate the sounds of stars to reveal their secrets

Sound may not be able to travel through the vacuum of space.

But that doesn’t stop stars from unleashing a symphony of subsonic notes as their nuclear furnaces power complex vibrations. Telescopes can spot these vibrations as fluctuations in the brightness or temperature on the surface of a star.

Understand these vibrations, and we can learn more about the inner structure of the star that is otherwise hidden from view. 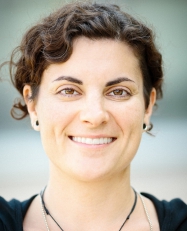 “A cello sounds like a cello because of its size and shape,” says Jacqueline Goldstein, a graduate student in the University of Wisconsin–Madison astronomy department. “The vibrations of stars also depend on their size and structure.”

In her work, Goldstein studies the connection between stellar structure and vibrations by developing software that simulates diverse stars and their frequencies. As she compares her simulations to real stars, Goldstein can refine her model and improve how astrophysicists like her peer under the surface of stars by surveying their subtle sounds.

With frequencies repeating on the order of minutes to days, you’d have to speed up stellar vibrations by a thousand or a million times to bring them within the range of human hearing. These reverberations might most accurately be called starquakes after their seismic cousins on Earth. The field of study is called astroseismology.

As stars fuse hydrogen into heavier elements in their cores, hot plasma gas vibrates and causes stars to flicker. These fluctuations can tell researchers about a star’s structure and how it will change as the star ages. Goldstein studies stars that are larger than our own sun.

“Those are the ones that explode and make black holes and neutron stars and all the heavy elements in the universe that form planets and, essentially, new life,” says Goldstein. “We want to understand how they work and how they affect the evolution of the universe. So these really big questions.”

Working with astronomy professors Rich Townsend and Ellen Zweibel, Goldstein helps improve a program called GYRE that plugs into the star-simulating program MESA. Using this software, Goldstein constructs models of various kinds of stars to see what their vibrations might look like to astronomers. Then she checks how closely simulation and reality match.

“Since I made my stars, I know what I put inside of them. So when I compare my predicted vibration patterns against observed vibration patterns, if they’re the same, then great, the inside of my stars are like the insides of those real stars. If they’re different, which is usually the case, that gives us information that we need to improve our simulations and test again,” Goldstein says.

Both GYRE and MESA are open source programs, which means that scientists can freely access and modify the code. Each year, some 40 to 50 people attend a MESA summer school at the University of California, Santa Barbara to learn how to use the program and brainstorm improvements. Goldstein and her group benefit from all these users suggesting changes to and fixing errors in both MESA and their own program.

They also get a boost from another group of scientists — planet hunters. Two things can make a star’s brightness fluctuate: internal vibrations or a planet passing in front of the star. As the search for exoplanets — planets that orbit stars other than our own — has ramped up, Goldstein has gained access to a trove of new data on stellar fluctuations that are caught up in the same surveys of distant stars.

The latest exoplanet hunter is a telescope named TESS, which launched into orbit last year to survey 200,000 of the brightest, closest stars.

“What TESS is doing is looking at the entire sky,” says Goldstein. “So we’re going to be able to say for all the stars we can see in our neighborhood whether or not they’re pulsating. If they are, we’ll be able to study their pulsations to learn about what’s happening beneath the surface.”

Goldstein is now developing a new version of GYRE to take advantage of the TESS data. With it, she’ll start to simulate this stellar orchestra hundreds of thousands strong.

With these simulations, we might be able to glean a little more about our cosmic neighbors, just by listening in.