UW alum being honored in Germany for resistance fighting

UW-Madison alumna Mildred Fish-Harnack’s fight for what is right is not only remembered in the Madison community but is now being remembered internationally.

She is being honored at Justus Liebig University in Giessen, Germany, where she earned her Ph.D.

In 2019, the Madison Arts Commission (MAC) contracted with artist John Durbrow to design a sculpture honoring Fish-Harnack. It now stands in Marshall Park.

“It’s a pretty somber remembrance of a woman, and so the piece is a traditional form of honor but it is also very minimalist,” said Durbrow. “It felt right to me.” 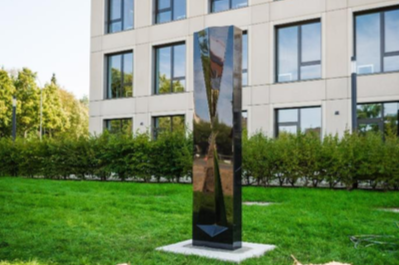 MAC board members suggested that JLU in Giessen install a similar memorial.  JLU has been an partner of UW–Madison for over 37 years.   The law schools at each institution have a bi-lateral agreement, signed in 1983, for graduate student exchanges, faculty visits and exchanges, and other forms of academic cooperation.  After delegation visits from JLU to Madison in both 2018 and 2019, the two universities are exploring additional collaboration in other fields.

“Their International Office liked the idea and they promoted it with the university, the city government, and the “state” government (Hessen),” said Dr. John Nicholas Schweitzer, a MAC board member and UW Law School professor.

Fish-Harnack, a Milwaukee native, attended UW–Madison in the 1920s and received bachelor’s and master’s degrees in English. She was very involved in the Madison community and wrote for Wisconsin Literary Magazine. She also met her husband, Arvid Harnack, who was German.

The two began a discussion group about different political perspectives on the time after what they expected would be the National Socialists’ downfall in Germany.

Later, Fish-Harnack and her husband returned to Germany, where they both attended the Justus Liebig University in Giessen. She received her Ph.D. there.

Mildred and Arvid became involved in the resistance against the Nazi regime. They began providing critical information about the German economic and military activities to U.S. and U.S.S.R. governments. In 1942, Mildred and Arvid were discovered and arrested. 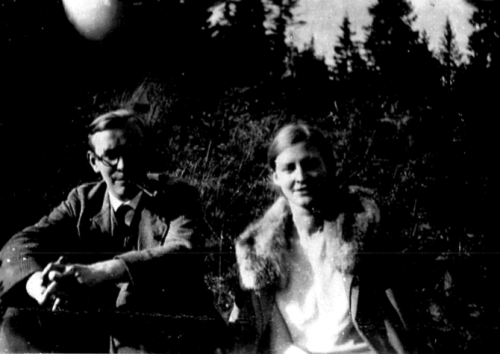 Both were sentenced to death. Arvid was executed in December 1942.

The last letter Arvid wrote to Mildred before the execution was very touching, said Karin Wolf, the arts program administrator for the city of Madison.

“I am a romantic and this to me is the most romantic letter that I have ever read,” Wolf said. “Of course, it was written by someone on death row and knows that his beloved was going to die, and that would probably cause someone to say some pretty beautiful things.” 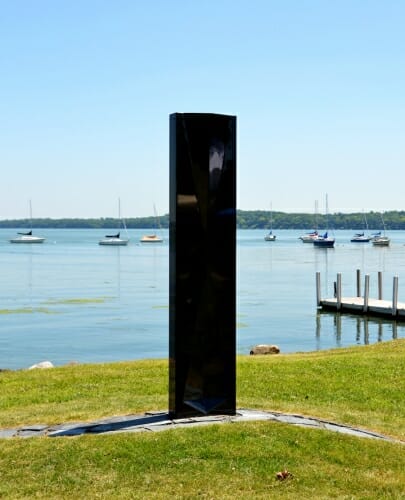 The sculpture “Mildred”, dedicated to UW Alumna and Resistance Fighter Mildred Fish-Harnack in Marshall Park, with Picnic Point in the background. Picnic Point is where she was engaged to her husband, Arvid. An identical statue will be installed at the University of Giessen, where she studied.

Wolf played an important role in bringing the memorial in Madison to life and making sure that Fish-Harnack would be honored.

Fish-Harnack was first sentenced to six years in prison, but Adolf Hilter was not satisfied with that. He ordered a new trial that led to her execution.

She was the only woman executed on orders from Hitler.

UW has been presenting a special lecture on her since 1994. The “Mildred Fish-Harnack Human Rights and Democracy” lecture is designed to promote greater understanding of human rights and democracy.

A documentary film, “Wisconsin’s Nazi Resistance: The Mildred Fish-Harnack Story,” produced by Joel Waldinger tells Mildred’s story and how her memorial came to be placed at Marshall Park.