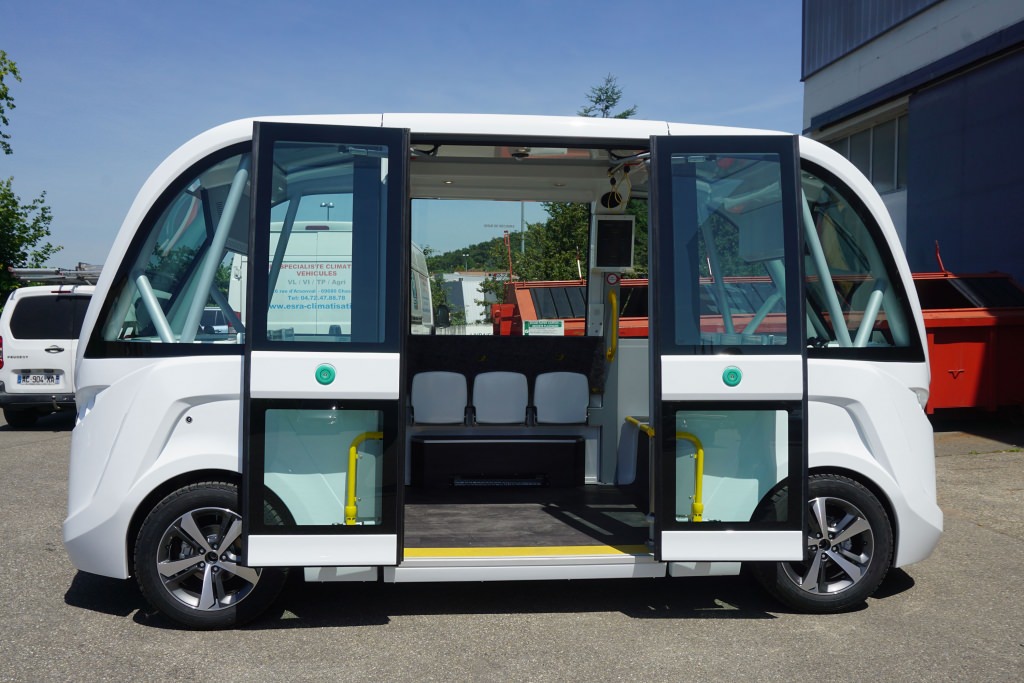 A Navya Arma, an autonomous vehicle that can carry 15 people, will be available for display in a public event on the UW–Madison campus organized by members of the Wisconsin Automated Vehicle Proving Grounds. COURTESY OF UW–MADISON/TOPS LAB

Like many of today’s fully loaded cars, which offer capabilities such as adaptive cruise control, lane-keep assist, and automatic parking, the Navya passenger shuttle capitalizes on such cutting-edge technologies as Lidar, GPS, cameras, dynamic driving algorithms, and more in the features that enable its passengers to arrive safely at their destinations.

One feature that’s noticeably missing, however, is a steering wheel. And space for its driver.

The shuttle is among myriad autonomous vehicles worldwide in various stages of development—and at an event Nov. 17 and 18 on the University of Wisconsin–Madison College of Engineering campus, visitors will have the opportunity to check it out.

The vehicle’s visit underscores Wisconsin as state that is increasingly known as a leader in studying such vehicles. In January 2017, the U.S. Department of Transportation named the Wisconsin Automated Vehicle Proving Grounds, or WiscAV, among 10 such efforts nationwide.

WiscAV is a collaboration among industry, government and academia focused on research, development and testing that aims to advance the state of the art in this revolutionary form of transportation.

Given the smart features in today’s cars and trucks, you might think that driverless vehicles are right around the corner.

Not so, says Peter Rafferty, a researcher in the Traffic Operations and Safety Laboratory in the College of Engineering and a leader in WiscAV . “Ninety-five percent of this is relatively easy,” he says. “The rest still needs advanced research in areas that include human factors, artificial intelligence, sensing technologies, scenario planning, computational algorithms, winter and hazardous weather driving, public perception, reliability and uncertainty, interaction and communication among vehicles, certification, insurance, and others. UW–Madison engineers already are working on these challenges across many departments, and there are still many questions to answer before autonomous vehicles are fully ready for all roads.” 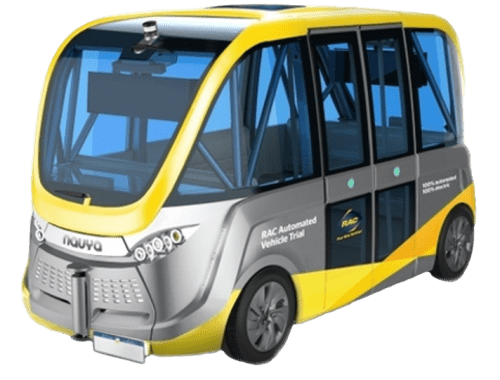 As the industry itself grows, experts predict its global economic impact could be in the trillions of dollars—also making it a potential area of growth for Wisconsin.

Along with the proving grounds, it’s an area state leaders are exploring. In September 2017, Gov. Scott Walker’s steering committee on autonomous and connected vehicle testing and deployment held its first meeting. Made up of representatives from the state legislature, public agencies, academia, law enforcement, auto manufacturers, and other sectors, the committee will recommend a coordinated effort aimed at removing barriers to advanced testing and operation of autonomous and connected vehicles in Wisconsin.

Rafferty and David Noyce, a transportation expert and professor of civil and environmental engineering at UW–Madison, are members of the committee. “Wisconsin has an opportunity to be a national and international leader in this area, and we are taking the first steps to show everyone in Wisconsin the significance of this opportunity,” says Noyce.

While the Navya shuttle indeed is autonomous, it’s classified as a Level 4, or “mind off,” vehicle—meaning that no driver attention is required for the vehicle to operate safely. However, its ability to self-drive is limited, says Noyce. “Currently, it only works in certain controlled situations,” he says. “Nevertheless, several municipalities are moving forward to implement driverless transit.”

Visitors to Engineering Mall on the College of Engineering campus on Nov. 17 and 18 can view and sit in the vehicle. It will be on display from 10 a.m. to 3 p.m. on Friday, Nov. 17 and from 8 a.m. to 4 p.m. on Saturday, Nov. 18. UW–Madison engineers also will be on hand to talk about their research and the challenges and potential of autonomous vehicles. (Note that non-football visitor parking will not be available.)

The Navya shuttle also will be parked and available for viewing on Madison’s Capitol Square, at Wisconsin Avenue, on Nov. 15 from 11 a.m. to 1 p.m., with expanded hours possible.

Continuing its longstanding support of UW–Madison, American Family Insurance is among the organizations making the shuttle’s visit to Madison possible. The company’s support will further a collective understanding of how artificial intelligence technology like automated vehicles can be used to benefit consumers and the public and private sectors alike, says Justin Cruz, the company’s vice president for strategic data and analytics.

“This partnership is another way to live our company’s commitment to making a meaningful difference in our communities, our environment and for the people we serve,” he says. “We have a strong partnership with UW–Madison and we’re proud to support its innovative research in this area.”