A UW–Madison fraternity member, a campus employee, and an alumnus of the university are being credited with saving a 24-year-old man from drowning in Lake Mendota.

The three risked their lives in the rescue effort, according to the Madison Police Department.

The man who nearly drowned was heavily intoxicated and determined to harm himself, witnesses told police. The incident occurred Aug. 16 near the Alpha Gamma Rho fraternity house, 233 W. Lakelawn Place. 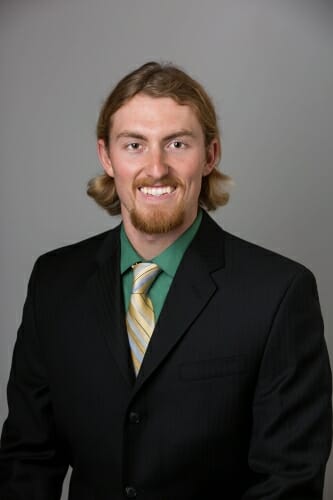 Around 7:30 p.m., a man came to the back deck of the fraternity house from the State Street area, according to Mark Kendall, 27, a 2015 UW–Madison graduate who was at the fraternity for a gathering of alumni. Kendall said he offered a glass of water to the man, who appeared distressed. The man soon walked to the shoreline and jumped into the lake.

As the man swam out about 150 feet, Kendall said he yelled at him to return, to no avail. The man started bobbing up and down. Kendall ran to a dock and dove in.

Brett Sprecher, 60, a UW–Madison steamfitter, was boating nearby with his wife and a family friend. He saw the incident unfold and diverted his boat to the location where he last saw the man in the water. Sensing the situation was dire, he dove in with his shoes on. 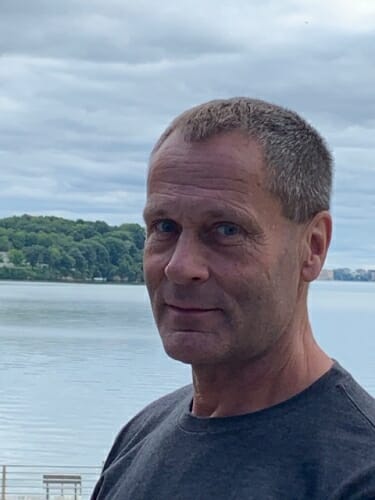 Sprecher found the man several feet under and dragged him to the surface. The man began to forcefully push himself away and purposely made himself heavier in the water. At this point, Sprecher said he realized the man was trying to end his life.

“He was climbing on top of me, forcing both of us back underwater,” Sprecher said in an interview. “I’m a good swimmer, but I was getting pretty tired. I was trying to hold us both up, and I couldn’t move very well in these heavy shoes.”

Sprecher’s wife and the family friend tossed life preservers to Sprecher, though he couldn’t get to them. 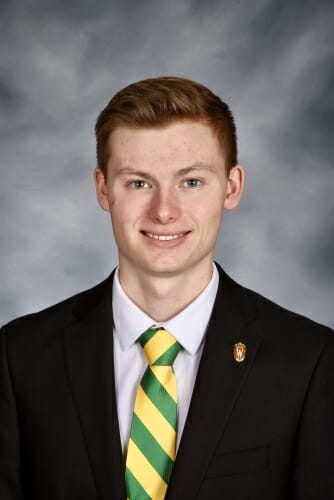 Nearly simultaneously, Kendall reached Sprecher and the drowning man. A third person, UW–Madison senior Nate Coulthurst, 22, also swam out to help and arrived within seconds. Coulthurst, of Sturgeon Bay, Wisconsin, is a member of Alpha Gamma Rho and had grabbed a flotation device from the fraternity.

“When I first got there, the man was resistant to being saved,” Kendall said in an interview. “Once we were able to get the flotation device under him, he wasn’t fighting back anymore.”

Another citizen, Brian Gabrielse of Madison, assisted in getting the man back to shore in his boat. Madison Fire Department paramedics took over from there and transported the man to a local hospital.

“I believe if they had not pursued the rescue, risking their lives, the drowning subject would have succumbed,” he said.

All three say they acted on instinct.

“I’ve talked with multiple people since then who’ve told me it’s very dangerous to try to rescue a drowning person,” Kendall said. “At the time, it’s more a reaction-based thing. You don’t think through all the possible consequences.”

“I was shaken up afterward,” Coulthurst said. “But at the time, this adrenalin rush is going through you.”

Each of the three received a call of thanks and a letter from Madison Police Chief Mike Koval.

“For him to take time out of his day to call me — that meant a lot,” Sprecher said. “It was a scary, traumatic event for all of us. Hopefully this guy will get the help he needs. I feel good that we were able to at least give him a second chance.”

University Health Services offers no-cost, confidential mental health services for UW–Madison students, including a 24-hour crisis line at 608-265-5600 (option 9). UHS also offers third-party consultations for anyone who is concerned about a student. Non-students can call the National Suicide Prevention Lifeline at 800-273-8255.