As Christy Clark-Pujara watched news coverage of a white supremacy rally in Virginia last month, all she could think of, she said, was how apathy made it possible.

It’s an apathy fostered by people who shrug off the impacts of institutional racism or think the Civil Rights Movement fixed everything, Clark-Pujara, an associate professor of Afro-American studies at UW–Madison, told a campus audience Thursday evening. It’s about pretending as if the animosity and hatred that has been part of this country’s DNA evaporated, she said.

“It didn’t, it just went underground when it became unpopular to be publicly racist,” she said. “It didn’t go anywhere. Charlottesville revealed what has been there all along.”

Clark-Pujara was one of three UW–Madison faculty members who discussed Charlottesville at an event organized by the Center for the Humanities. She was joined by Russ Castronovo, chairman of the English Department, and history professor Stephen Kantrowitz, an expert on slavery, reconstruction and white supremacy. Kantrowitz is co-chairing, with community member Floyd Rose, a university committee to examine the history of campus student groups affiliated with the Ku Klux Klan.

Thursday’s event was part of Humanities NOW, a series that offers perspectives from leading UW–Madison humanities scholars on current events. Sara Guyer, director of the Center for the Humanities, moderated.

About 200 people attended the discussion at UW Hillel, the Jewish student center.

The topic was the Aug. 12 rally in Charlottesville, home to the University of Virginia. The stated goal of the organizers was to protest the removal of a statue of Robert E. Lee from a city park. Demonstrators included neo-Nazis and members of the Ku Klux Klan. A man participating in the rally plowed his car into a group of counter-protesters, killing a woman.

Kantrowitz began the discussion with a history lesson about the Confederacy — short-lived at the time, but with a long afterlife, as he put it. While its supporters have rebranded their message over the decades, it is important to remember that confederates rebelled in defense of slavery, he said. 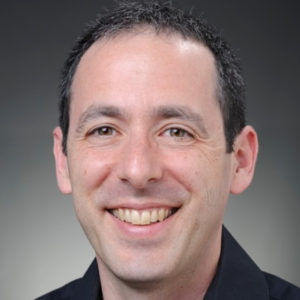 “Their own words tell us this,” he said. “They were crystal clear about this until that became an unpopular position after the Civil War. Then they hedged and retreated and changed their minds about it. They recrafted the Civil War into a noble struggle among brothers — not about anything, exactly, except abstract principles like honor or states’ rights.”

Thursday’s panel was united in its belief that a similar rally could happen anywhere due to the pervasiveness of racism. They suggested Madison is particularly vulnerable given that it is a university town that values free speech — the limits of which the alt-right movement has shown it wants to test — and because racial inequality here has been shown to be pronounced.

Kantrowitz said he’d be “shocked” if the alt-right movement didn’t come to UW–Madison. It will do so in hopes of provoking a reaction, he said. He urged counter-protesters to be smart about their tactics.

“One of the things we need to remember is that the right to free speech is not the right to applause,” he said, adding that there is no one-size-fits-all response to such provocation.

About half of the 90-minute event was turned over to audience questions. Many craved concrete advice on how to fight hate.

One audience member, a white woman who identified herself as a visiting professor from Charlottesville, told of arriving in Madison just a few weeks ago with her African-American husband and interracial son. The visiting professor said Madison reminds her of Charlottesville, in that its “magazine-cover progressivism” can mask racism. She said she and her family already had been victims of racial slurs and animosity.

Castronovo responded by saying that one answer to hate “is this,” referring to everyone in the room who showed up to learn from each other. Coming together is not a cure-all, he said, but it is a part of the solution. 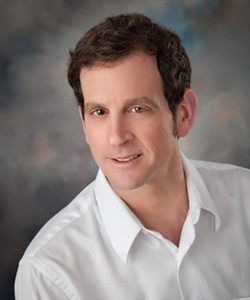 To the visiting professor, Castronovo said, “I would point out that what you and your comments did is, you just educated all of us, and you know . . . I would call it a powerful act.”

Clark-Pujara sought to encourage audience members, saying there’s a lot they can do to address hate.

“You can lend your time, your money, your resources and your talent to institutions, to organizations, to associations that care about equality and justice,” she said. “We don’t have to sit around wringing our hands.”

It goes back to “fight or flight,” she said.

“People will either put their heads in the sand and pretend that this is a fringe movement among a few people and has nothing to do with them, or they will accept that this is a reflection of who we are as a nation and fight for something different,” she said. “For the sake of my children, I hope it’s fight.”