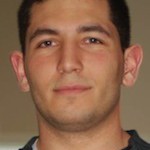 A discovery at the University of Wisconsin–Madison may represent a significant advance in the quest to create a "hydrogen economy" that would use this abundant element to store and transfer energy. 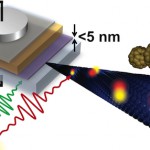 In an approach that could challenge silicon as the predominant photovoltaic cell material, University of Wisconsin–Madison materials engineers have developed an inexpensive solar cell that exploits carbon nanotubes to absorb and convert energy from the sun.

University of Wisconsin–Madison chemists have identified an approach to use oxygen gas to convert lignin, a byproduct of biofuel production, into a form that could allow it to replace fossil fuels as a source of chemical feedstocks.

As the nation recognizes Earth Day on April 22, the University of Wisconsin–Madison is celebrating ongoing strides toward improving campus sustainability.

With 400th Ph.D. grad, UW–Madison celebrates a half century of fusion energy

In the 1930s and '40s, many researchers studied ways to use fusion, the reaction in which atomic nuclei collide, fuse and release energy, to develop atomic weapons. Later, those same brilliant minds began to focus on beneficial applications of fusion, including developing plants that would produce electrical energy for society.

Gazing out at the roughly 60,000 cars that cross the intersection at the Wisconsin Energy Institute’s (WEI’s) doorstep, the reason the building exists is clear — energy consumption and dependence on fossil fuels — and WEI’s research is poised to address the problem.

Community forum to focus on fracking and sand mining

Fracking, the controversial technology for opening natural gas deposits, will be the focus of a three-part Community Environmental Forum series beginning on Tuesday, Oct. 30, at 5:30 p.m. in room 1106 of the Mechanical Engineering Building.

A licensing agreement for a novel renewable chemical and biofuel production method between Hyrax Energy and the Wisconsin Alumni Research Foundation promises to accelerate commercial development of the technology and lead to high-quality U.S. jobs.

Energy from Wisconsin cow manure could replace a coal plant

According to a recent Wisconsin Bioenergy Initiative (WBI) study, Wisconsin can be a national leader in bioenergy production using waste from the state's prosperous agriculture and food processing sectors.

Using simple technology developed primarily for producing electricity from hydrogen, a team of researchers from the University of Wisconsin–Madison, University of Massachusetts-Amherst and Gwangju Institute of Science and Technology of South Korea has developed what could be a commercially viable, continuous process for converting biomass and electricity into renewable liquid transportation fuels.

Designing a "green" building involves considering a multitude of variables - everything from electrical efficiency to airflow controls to natural sources of light, heat and energy. But engineering more efficient building control systems is only part of the picture; for a building to be truly green, the occupants living and working within it need to know how to behave in a sustainable way as well.

A field of young sunflowers will slowly rotate from east to west during the course of a sunny day, each leaf seeking out as much sunlight as possible as the sun moves across the sky through an adaptation called heliotropism.

The opportunities and challenges encountered in the development of renewable energies will be discussed at the Wisconsin International Law Journal 2012 Symposium from 8:30 a.m. to 5:45 p.m. Friday, March 23, at the University of Wisconsin Law School.

For the past several decades, engineers have been investigating low-temperature combustion as a means of creating engines with diesel-like efficiency and no pollutant emissions. A UW–Madison mechanical engineering assistant professor has received a grant to study the process.

Officials say 59 businesses responded to a “request for information,” to help pinpoint the sources of biomass fuel for a renovated, coal-free Charter Street…

A device that would help provide electricity efficiently and at low cost in rural areas of developing countries took the top prize - $50,000 - this week in a student competition at the University of Wisconsin–Madison for innovative ideas to counteract climate change.