A new poll conducted by YouGov on behalf of the nonprofit Healthy Minds Innovations confirms what many U.S. office workers have been feeling: it’s a stressful time filled with uncertainty, and most people are interested in new coping mechanisms to make it through.

Healthy Minds Innovations is a non-profit affiliated with University of Wisconsin–Madison’s Center for Healthy Minds, with a mission of translating the center’s discoveries into tools that help people around the world learn and build skills of well-being.

Many polls have been rightly focused on the mental health of America’s on-site workforce. But one overlooked group has also been dealing with upheaval: the American office worker, now primarily based at home.

The poll reveals that the majority of non-essential workers are now working from home, 46% of them doing all their work from home and 23% doing most or some. Of those currently working from home, over half (56%) are new to the practice, which may be contributing substantially to stress levels.

The impact of these changes appears to be disproportionately affecting women. Among women, 47% report that they are more stressed now (than before shelter-in-place orders began), compared to 40% of men.

But it’s not just working from home, or even childcare responsibilities that are driving this stress. Poll respondents overwhelmingly reported an unease driven mainly by uncertainty (49%) and a lack of balance (42%).

Other top contributors to stress include less predictability and more disruption to routine, (30%) have concern about their or their company’s future and changes in team norms and team dynamics (28% and 26%, respectively).

Total sample size was 1,016 adults who work in an office in the United States. Fieldwork was undertaken June 1-5, online. The figures have been weighted and are representative of all US management and sales workers. Healthy Minds Innovations

With all of these changes, people are exploring coping mechanisms for mental well-being including mindset changes (“Focusing on what’s in my control,” 48%) and getting outside (49%). Interestingly, 26% of respondents are spending this time exploring meditation and mindfulness, even more than those seeking out counseling/therapy (15%). 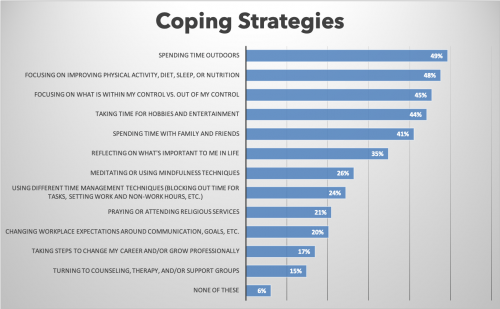 Total sample size was 1,016 adults who work in an office in the United States. Fieldwork was undertaken June 1-5, online. The figures have been weighted and are representative of all US management and sales workers. Healthy Minds Innovations

Meditation has been the focus of increased interest and practice among Americans over the past decade. According to one recent study, use of meditation increased more than threefold from 4.1% in 2012 to 14.2% in 2017, according to a National Health Interview Survey. But the YouGov poll reveals an even broader usage base as well as a population that is more curious about the practice.

In fact, 71% of office workers are either curious or already practicing, per the recent poll. 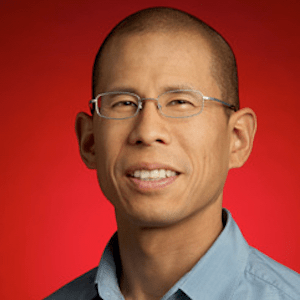 Peter Weng, CEO, Healthy Minds Innovations, has seen this curiosity play out in real time demand for the organization’s products like its Healthy Minds Program App and its Healthy Minds @Work program, which brings well-being skills and mediation practices to the workplace.

“Workplaces in particular have reached out for support for their newly remote employees facing unprecedented challenges in the time of Covid-19. Almost immediately after the shelter-in-place orders were instituted we began hearing from companies and clients, searching for relief for a stressed out and anxious workforce.”

Dr. Cortland Dahl, Chief Contemplative Officer, Healthy Minds Innovations, and Research Scientist, Center for Healthy Minds, says that if you haven’t found meditation before, now is the time. Dahl’s voice is heard leading many of the meditations on the Healthy Minds Program App, and his research, along with Founder, Dr. Richard Davidson, directly led to the development of the app.

“We know that well-being is a skill that can be developed over time and that a regular practice can help you train that skill. Spending a short amount of time developing the four pillars of well-being – awareness, connection, insight and purpose – can support not only your individual well-being but also the well-being of your colleagues and family. Even better if your whole team is developing individual well-being at the same time, creating resilience in the face of unprecedented challenges like the ones we face today.”