Astronomers have long sought the launch sites for some of the highest energy protons in our galaxy. Now, a study using 12 years of data from NASA’s Fermi Gamma-ray Space Telescope confirms that a remnant of a supernova, or star explosion, is just such a place, solving a decade-long cosmic mystery. 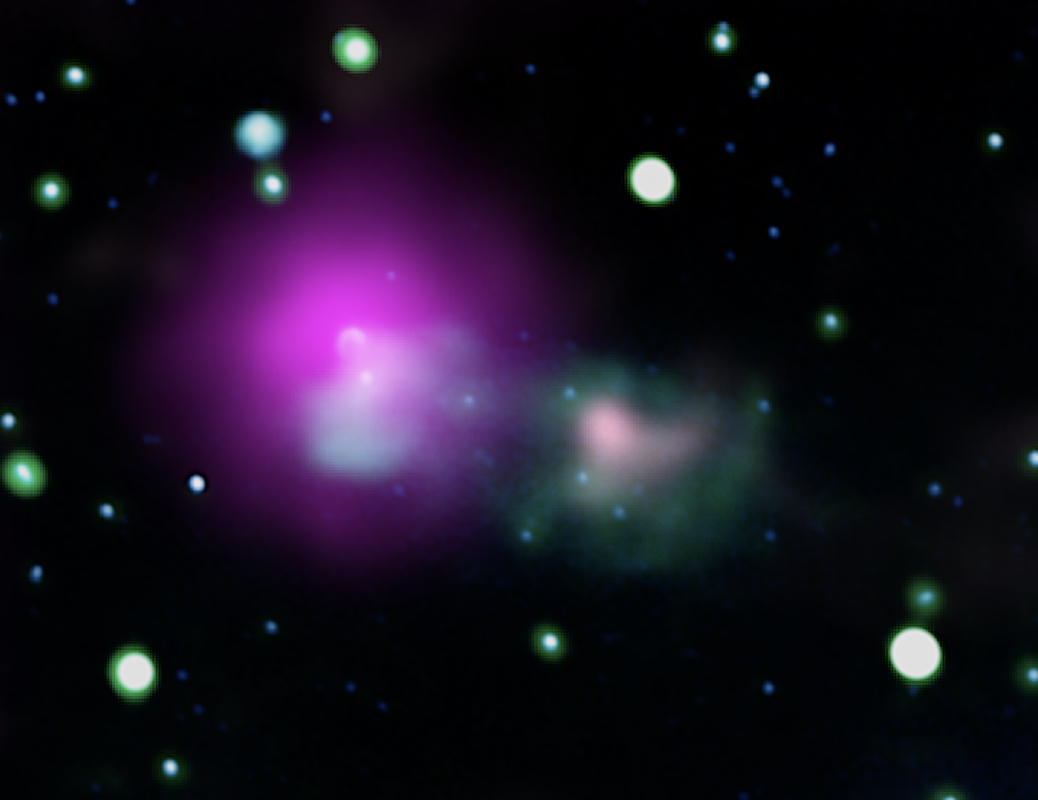 The newly discovered PeVatron (in pink) is hosted by a supernova remnant (in green) called G106.3+2.7. The supernova remnant is believed to have formed together with the pulsar (in magenta) about 10,000 years ago. Particles accelerated by the shock waves of the supernova remnant interact with the gas in the interstellar medium, producing high-energy gamma-ray emission. Credit: Jayanne English, University of Manitoba, NASA/Fermi/Fang et al. 2022, and Canadian Galactic Plane Survey/DRAO.

Previously, Fermi has shown that the shock waves of exploded stars boost particles to speeds comparable to that of light. Called cosmic rays, these particles mostly take the form of protons, but can include atomic nuclei and electrons. Because they all carry an electric charge, their paths become scrambled as they whisk through our galaxy’s magnetic field, which masks their origins. But when these particles collide with interstellar gas near the supernova remnant, they produce a telltale glow in gamma rays—the highest-energy light there is.

“Theorists think the highest-energy cosmic ray protons in the Milky Way reach a million billion electron volts, or PeV (for peta-electron-volt) energies,” says Ke Fang, an assistant professor of physics at the University of Wisconsin–Madison’s Wisconsin IceCube Particle Astrophysics Center. “The precise nature of their sources, which we call PeVatrons, has been difficult to pin down.”

Fang, who led the study, performed the data analysis and developed the theory models. She and her co-authors published their findings this week in the journal Physical Review Letters.

The research team identified a few suspected PeVatrons, including one at the center of our galaxy. Supernova remnants, or SNR, top the list of candidates. Yet out of about 300 known remnants, only a few have been found to emit gamma rays with sufficiently high energies.

One particular star wreck has commanded a lot of attention from gamma-ray astronomers. Called G106.3+2.7, it is a comet-shaped cloud located about 2,600 light-years away in the constellation Cepheus. A bright pulsar caps the northern end of the SNR, and astronomers think both objects formed in the same explosion. 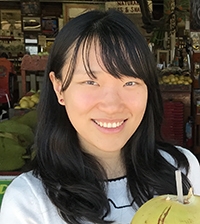 SNR are leading candidates for sources of cosmic rays, according to Fang, because of how efficiently they bounce charged subatomic particles like protons back and forth until they reach very high energy levels — a process called diffusive shock acceleration.

“However, only a couple SNR have been observed above 1 TeV (a tera-electron-volt, or 1 trillion electron-volts),” Fang says. “Our work provides observational evidence for one of them as a PeVatron.”

The Very Energetic Radiation Imaging Telescope Array System (VERITAS) at the Fred Lawrence Whipple Observatory in southern Arizona recorded even higher-energy gamma rays from the same region. And both the High-Altitude Water Cherenkov Gamma-Ray Observatory in Mexico and the Tibet AS-Gamma facility in China have detected photons with energies of 100 TeV from the area probed by Fermi and VERITAS.

The pulsar, J2229+6114, emits its own gamma rays in a lighthouse-like beacon as it spins, and this glow dominates the region to energies of a few GeV. Most of this emission occurs in the first half of the pulsar’s rotation. The team effectively turned off the pulsar by analyzing only gamma rays arriving from the latter part of the cycle. Below 10 GeV, there is no significant emission from the remnant’s tail.

Above this energy, the pulsar’s interference is negligible and the additional source becomes readily apparent. The team’s detailed analysis overwhelmingly favors PeV protons as the particles driving this gamma-ray emission.

“So far, G106.3+2.7 is unique, but it may turn out to be the brightest member of a new population of SNR that emit gamma rays reaching TeV energies,” says Fang, a member of the Fermi LAT scientific collaboration. “More of them may be revealed through future observations by Fermi and very-high-energy gamma-ray observatories.”

The Fermi LAT scientific collaboration currently includes more than 400 scientists and students at more than 90 universities and laboratories in 12 countries.

The Fermi Gamma-ray Space Telescope is an astrophysics and particle physics partnership managed by NASA’s Goddard Space Flight Center. Fermi was developed in collaboration with the U.S. Department of Energy, with important contributions from academic institutions and partners in France, Germany, Italy, Japan, Sweden and the United States.