Supermoon? Meh. It may be closer, but it won’t be super duper 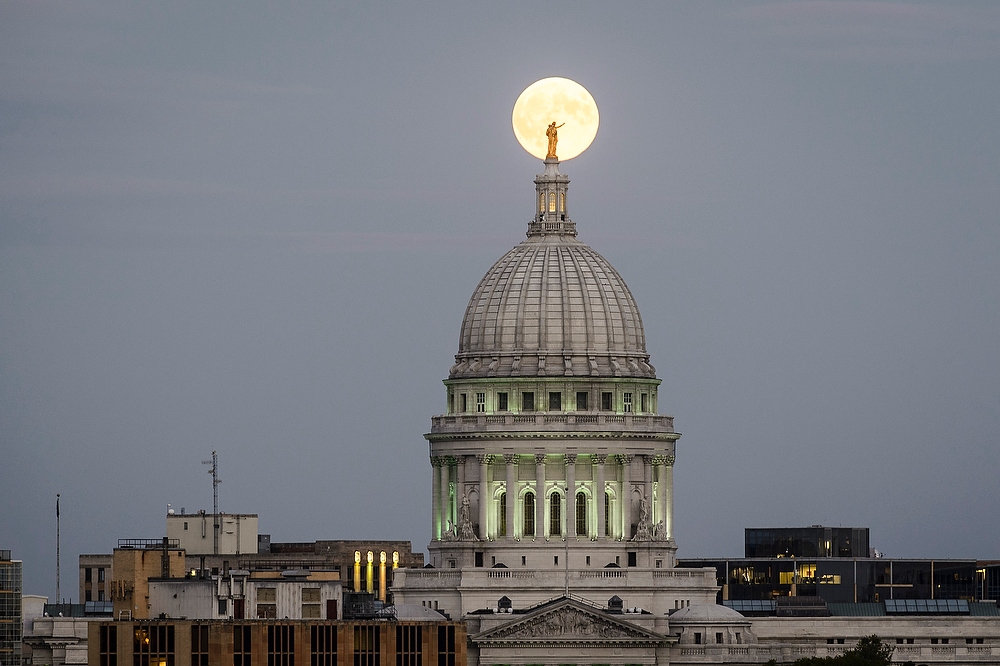 Seen from the roof of Memorial Library on the UW–Madison campus, a supermoon rises in the nighttime sky behind the Wisconsin State Capitol on Sept. 27, 2015. A rare lunar eclipse, or blood moon, occurred a few hours later. Photo: Jeff Miller

NASA, Space.com, Sky & Telescope magazine, observatories everywhere — just about any entity with a stake in the night sky — have been busy telling us how great the full moon will be Nov. 14 because the satellite will be closer to Earth than it’s been for almost 70 years.

But to the casual observer, the moon will look little different from any other full moon. 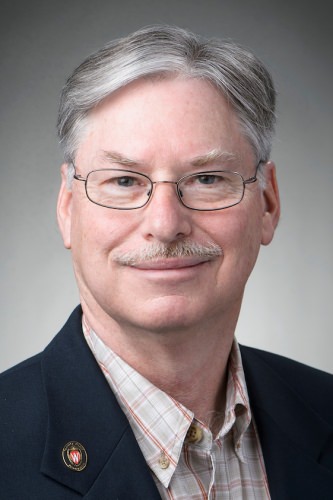 “I encourage people to go out and take a look. It’s always good when people take an interest in astronomical objects,” explains Jim Lattis, a science historian and director of the University of Wisconsin–Madison’s astronomy outpost, Space Place. “But I wouldn’t wake the kids up at 3 a.m.”

What worries Lattis is that “supermoon” hype may lead people to believe they’ll see something truly out of the ordinary. “I don’t like to send people out to see something they’re not going to be able to see. There really isn’t much to see.”

Lattis notes that we’re in a run of supermoons. A supermoon occurs when the moon, in its elliptical orbit around our planet, achieves perigee, the point closest to Earth on its orbital track, and coincides within a few hours with a full moon. About every 14th full moon is a supermoon.

Nov. 14 will see the moon come within 216,486 miles of the surface of the Earth. The moon hasn’t been that close to our planet since January of 1948 and won’t be that close again until November of 2034. However, Lattis notes, the distance differences between those record perigees are small, about 50 to 100 miles, which is almost nothing in the realm of interplanetary spaces.

For the casual observer, the moon will appear slightly larger. “The perigee moon will indeed be bigger. If you could stack up full moons next to each other, there is clearly a difference,” says Lattis, noting that from North America the moon will appear about seven percent larger than the average full moon. “It is a question of expectations.”

“It’s always good when people take an interest in astronomical objects, but I wouldn’t wake the kids up at 3 a.m.”

Even the name supermoon can rub astronomers the wrong way and, in fact, is not used in the community of astronomers. The term was coined by astrologer (not ever to be confused with astronomer) Richard Nolle in 1979. The technical name for the phenomenon is “perigee-syzygy” or “perigee full/new moon.” Syzygy is a reference to a straight-line configuration of three astronomical objects, in this case the sun, moon and Earth.

“We have perigee moons during every lunar orbit,” says Lattis of the satellite, which takes just under 28 days to go around our planet. The only time it really matters, he adds, is when perigee coincides with a spring tide and a storm tide, a combination that can cause serious flooding of coastal regions.

But while a full moon can be a delight to observe to those who love the night sky, the upcoming perigee moon will be just a little bit more than ordinary, says Lattis: “This full moon is just another full moon.”