Student to student: Four unexpected benefits of staying on campus for the summer

You get empty sidewalks and shorter lines at brunch 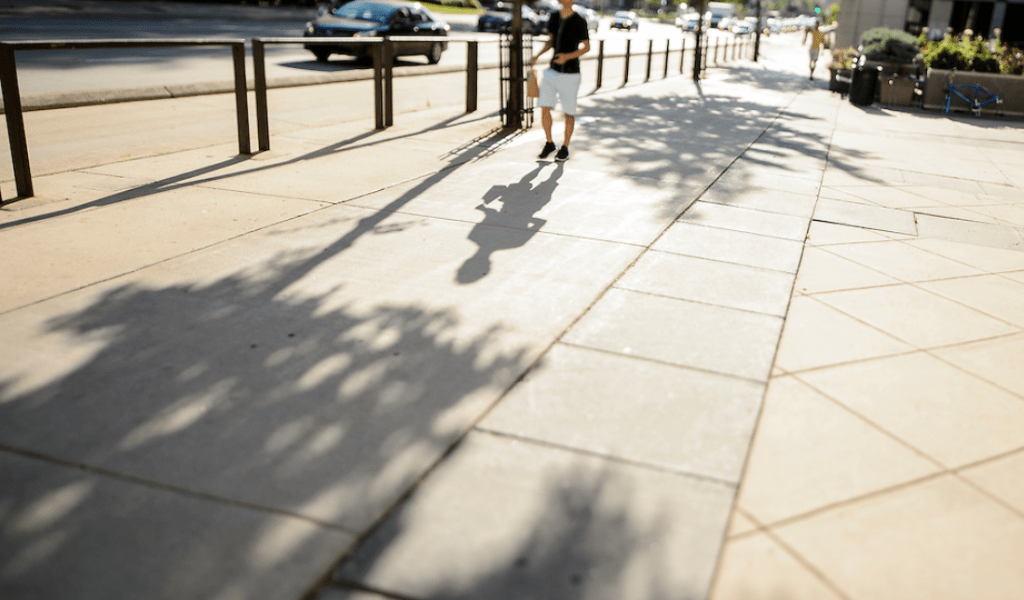 A passing pedestrian casts a shadow on a sidewalk along University Avenue near Grainger Hall of the University of Wisconsin–Madison campus as the sun rises during a summer morning. Photo: Jeff Miller

If UW was a city, it would be the 11th largest municipality in Wisconsin. It’s easy to become accustomed to this fact when you’re in the midst of the academic year, but during the summer when the most of the 43,000 students are off campus, it’s impossible to ignore the enormity of the university’s population and the impact it has on Madison at large.

During the summer you remember that the act of walking along University Avenue is not a Tour de France like interplay of drafting, overtakes and maneuvers but simply a method of travelling from point A to point B. And that brunch is supposed to come between breakfast and lunch, not somewhere, depending on how many parents are in town for the weekend, between breakfast and the break of dawn the next day.

You get to witness true academic dedication 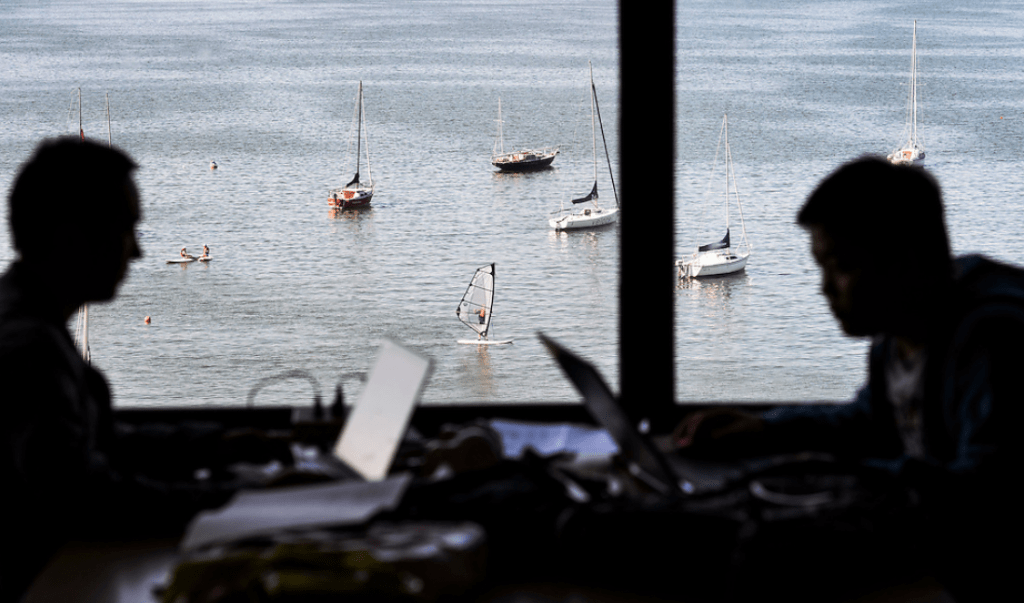 The juxtaposition of campus life during Summer Term is seen as two silhouetted students study next to a lakefront window in College Library at Helen C. White Hall. Photo: Jeff Miller

A library after school has let out for the summer is a deeply uncanny place. Like passing by a 24-Hour Fitness in the dead of the night and seeing through the windows a handful of people exercising, I am somehow always stunned at first that these places continue to exist beyond their socially designated times and then intensely curious about who would choose to be there.

While I was walking to the stacks of College Library to check out a book that would use up all three of my renewals and still remain unread on my desk for the entire summer, I passed by a handful of these curious persons.

One student, ignoring the windsurfers and sunbathers no more than 50 yards away, showed me a level of academic dedication I had never seen before. As I walked out the door, never to return for months, I was relieved there are people who study during the summer. If it weren’t for people who devote themselves to serious, laborious disciplines in all months of the year in order to shift the paradigms of our world, how would people like myself be able to take two naps within the span of an hour?

You get to savor the little things – like A/C 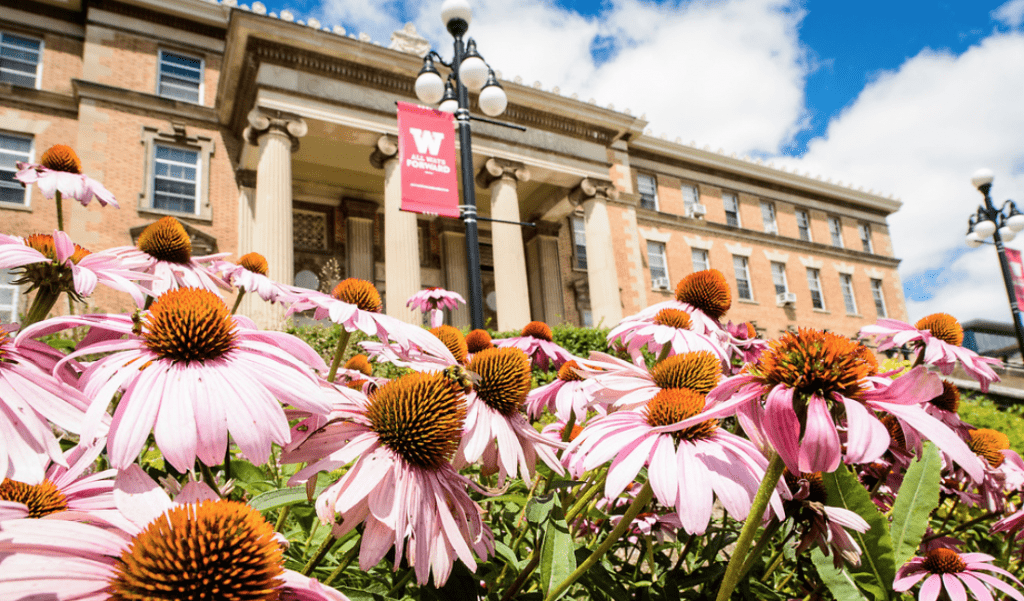 When you have more time to relax and take in UW’s campus during the summer, you start to notice the many little things that make it unique and beautiful. For instance, the Discovery Institute becomes a whole new building in the summer, with sunbeams bouncing and refracting off its wood floors and foliage without much interference from passersby. Or the air conditioning in campus buildings – now that’s really something special.

Every summer I live in an apartment without A/C pushes me closer and closer to the conclusion that it is humanity’s greatest achievement thus far. Yes, the printing press allowed the spread of knowledge beyond the restrictions enacted by the ruling class and the wheel had a fundamental impact on transportation, agriculture and commerce, but A/C makes hot things cold. As far as I’m concerned, that’s magic.

I’d like to meet whoever runs the campus A/C, shake their hand and thank them for making my summer significantly more bearable.

You get to inspire the next generation 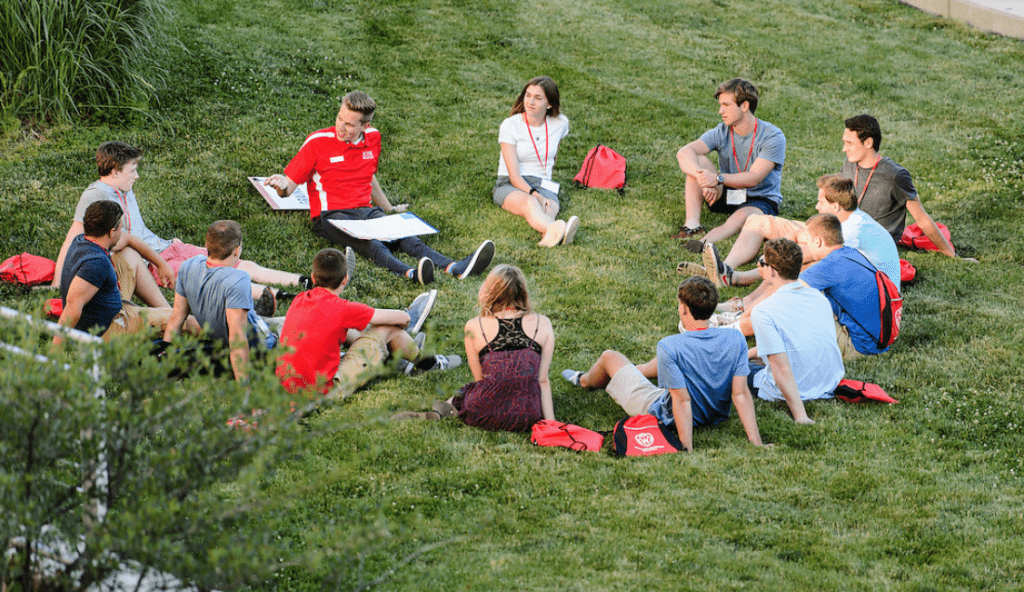 My first impression of a prototypical college student came from me watching way too many episodes of “Gilmore Girls” with my sisters. Rory Gilmore, Yale Bulldog and the prodigious, whip-smart daughter of Lorelai Gilmore, was what I thought all college kids would be like: stylish yet grounded, clever yet humble.

Because there are so few students on campus during the summer, I think it is quite likely that I am some incoming student’s Rory Gilmore.

Perhaps a line of freshmen sporting SOAR sling bags saw me take a call and say something suave like, “I’ll be there in a sec.” Maybe they turned their heads to see me struggle to make it up Observatory Drive on my bike, and then, ashamedly, turn around and coast to the bottom, opting to park and walk up, avoiding eye contact the whole way.

Either way, I am honored to be Rory to a new generation. As I start my final year at this university, this will likely be my lasting legacy.