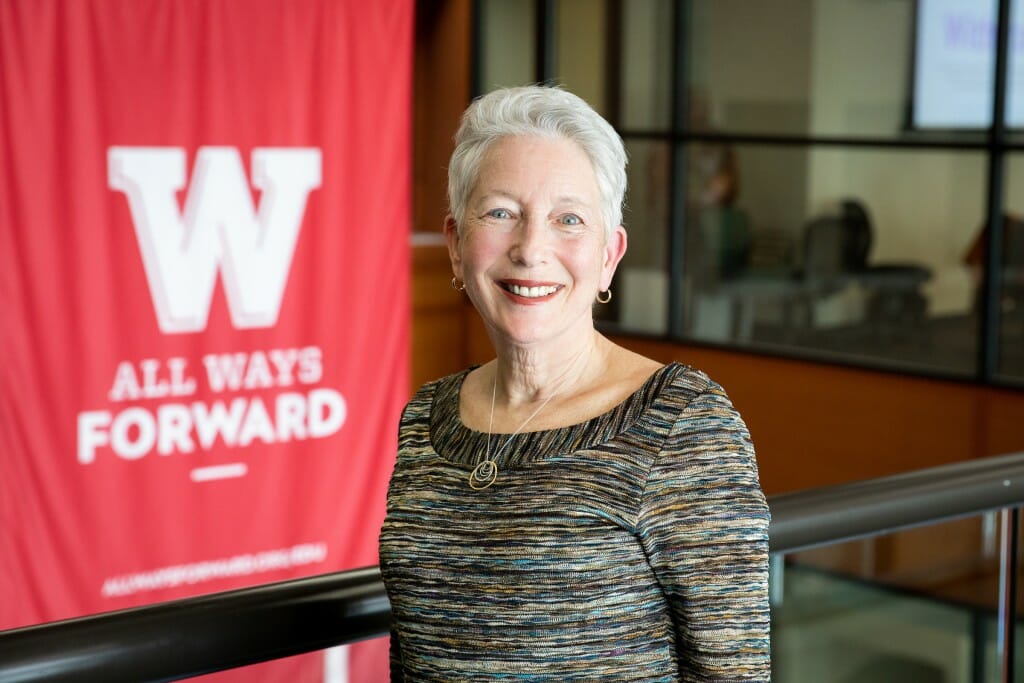 The University of Wisconsin–Madison’s Dorothy Farrar Edwards is a co-author of a study released today in the Proceedings of the National Academy of Sciences (PNAS) that found an optimal time for intensive rehabilitation of arm and hand use after a stroke.

It’s estimated that 750,000 new strokes occur each year in the United States — with almost two-thirds of the people who have a stroke not recovering complete use of their hands and arms. This impairment can significantly restrict a range of daily activities — such as getting dressed, cooking, and using a computer keyboard — that impact quality of life measures.

“Understanding that there could be an important window for best rehabilitating after a stroke is exciting because it gives us an optimal period for using a range of techniques and therapies to enhance recovery,” says Farrar Edwards, the UW–Madison School of Education’s associate dean for research and a member of the Center for Brain Plasticity and Recovery at the Georgetown University Medical Center.

In addition to regular therapies, the participants in the clinical trial were randomly assigned to get 20 additional hours of activity-focused motor skills therapy, starting at different times after their stroke. This additional therapy began either at 30 days after their stroke, at 60 to 90 days post-stroke, or at six months or more. The outcomes were compared to a control group that received prescribed rehabilitation therapies — but no extra motor rehabilitation training.

To make the additional intensive rehabilitation more palatable, researchers and practitioners worked with participants to find activities they enjoyed and found meaningful.

“My biggest contribution to this project was helping to design a study that allowed participants to choose the activities that they wanted to work on for these intense motor trainings,” says Farrar Edwards, who is a professor of occupational therapy with the School of Education’s Department of Kinesiology. “Stroke rehabilitation work is really difficult. In order to keep people engaged in this very intensive rehabilitation training, you have to find things that they really want to do in order to keep at it. That’s where the hand experts and hand therapists on the study team were able to take what I wanted to do theoretically — and turn it into intensive treatment that kept the participants motivated and moving forward.”

Farrar Edwards, who also holds appointments with UW’s departments of Medicine and Neurology in the School of Medicine and Public Health, is hopeful that future stroke studies in this realm can combine therapy from occupational therapists with brain stimulation, medications, and other treatments to further examine improved outcomes.

Another author on the PNAS report is UW–Madison alumna Shashwati Geed, who earned her PhD from the School of Education’s Department of Kinesiology in 2014. Geed is an assistant professor with Georgetown University’s Department of Rehabilitation Medicine and a research scientist with the MedStar National Rehabilitation Hospital in Washington, D.D.

“The study’s findings are particularly exciting because previous stroke rehabilitation trials have shown relatively small improvements in motor function, beyond what is achieved with standard rehabilitation and spontaneous recovery,” says Geed. “The current study demonstrated improvements in motor function that were not only statistically significant, but also large enough to be perceived as functionally meaningful by the patients in the study. This makes it an important breakthrough in stroke rehabilitation.”

Read more about the study and its findings from Georgetown University.

In addition to those previously noted, the authors of the manuscript include Georgetown’s Matthew A. Edwardson, Ming T. Tan, Yizhao Zhou, and Elissa Newport; Kathaleen P. Brady, Margot M. Giannetti, and Abigail Mitchell are at MedStar NRH; and Jessica Barth is at Washington University, program in physical therapy, St. Louis.