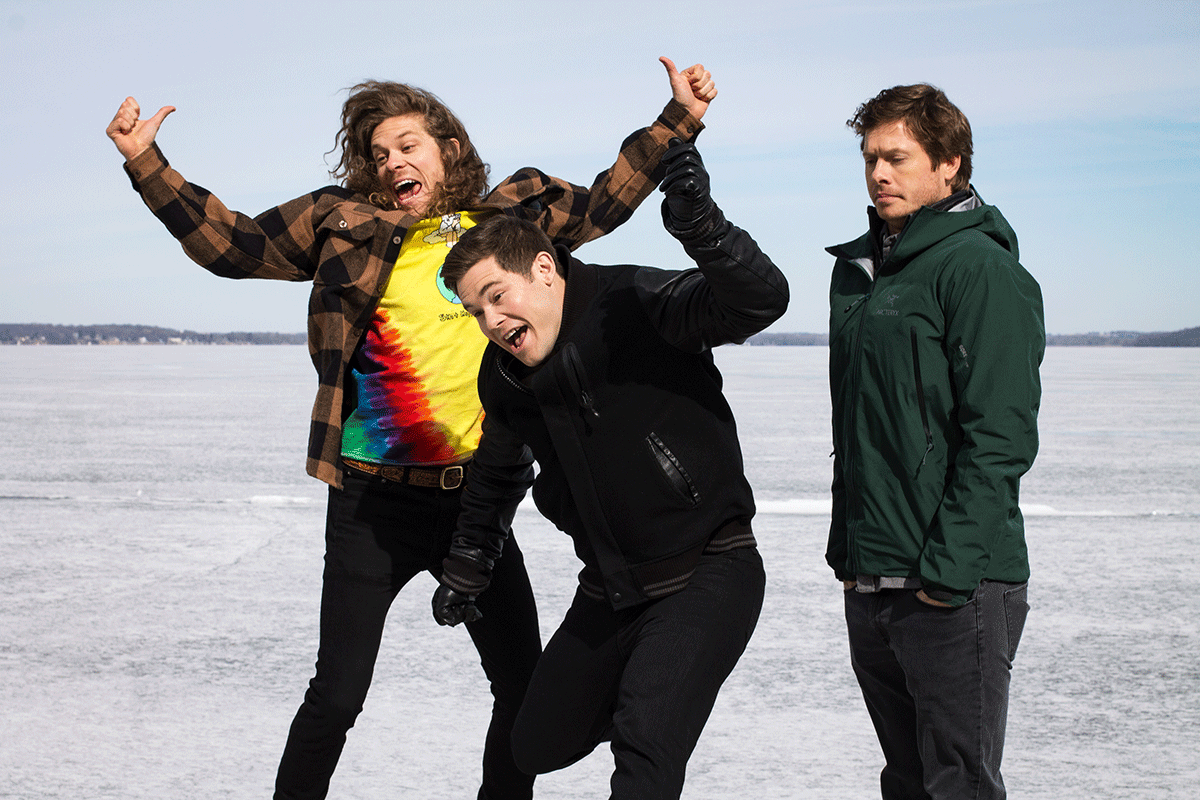 Out of all of the universities in the country, Netflix picked UW–Madison as one of two schools for a special screening of its new movie “Game Over, Man!” — and Adam Devine and Blake Anderson say it has nothing to do with the fact that their co-star Anders Holm is a Badger alumnus.

“I think it’s ‘cause Madison’s the best and it was in no way in relation to Ders [Anders] being an alumni with a brick with a quote etched into it outside in the park,” Devine says. 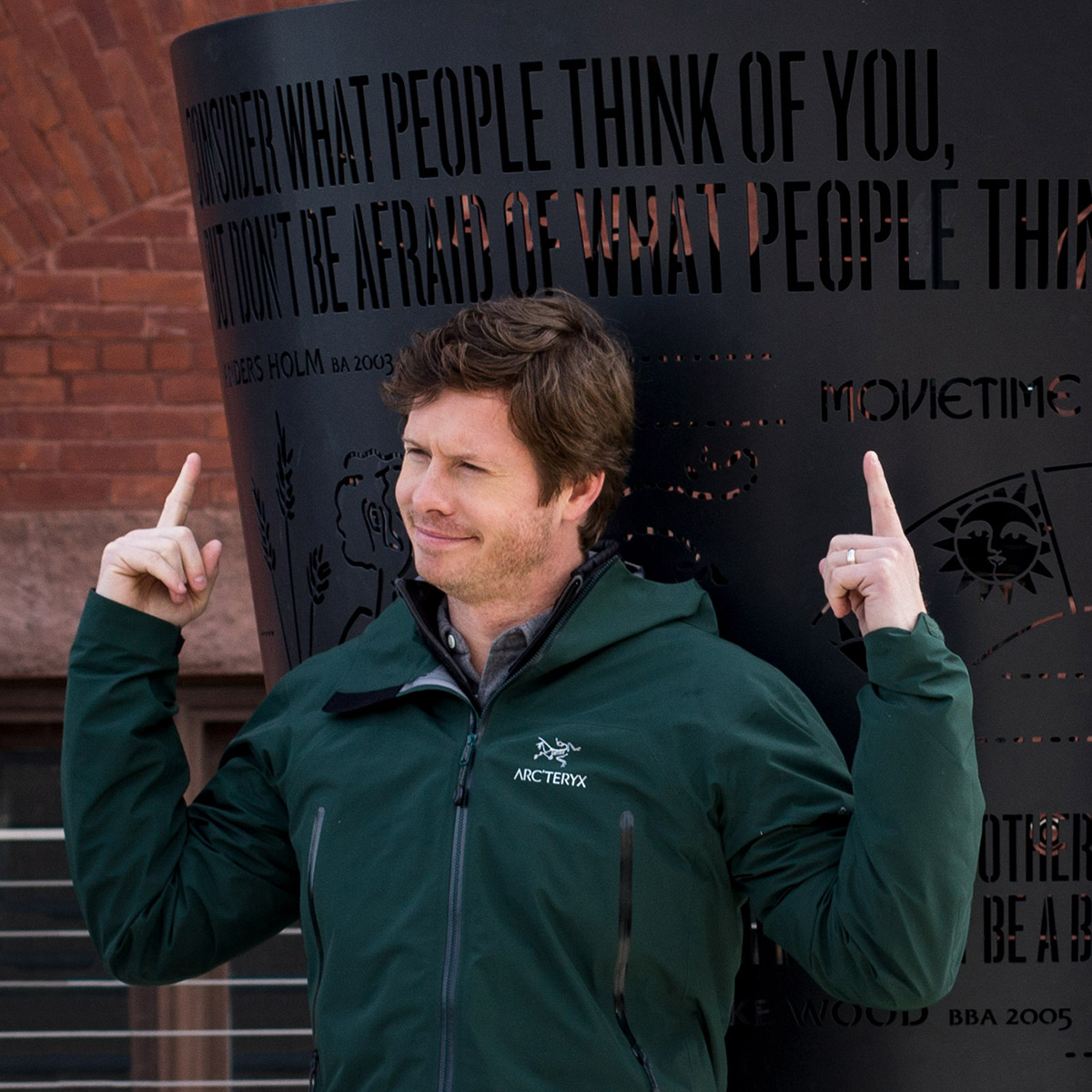 The comedy trio, best known for their show “Workaholics,” headed to campus last week not only to visit Holm’s brick in Alumni Park, but also to introduce their new movie “Game Over, Man!” at a special screening for students and the Madison community.

In the movie, which comes out on Netflix this Friday, March 23, Devine, Anderson and Holm play housekeepers at a Los Angeles hotel who stumble upon a criminal plot. The “lovable losers” are the only three in the hotel who have a shot at saving the day.

In addition to being one of the stars in the film, Holm also wrote the screenplay — which is what he hoped to do when he was done with school. After Holm graduated from UW in 2003 with a degree in history, he headed to LA to pursue becoming a screenwriter.

Devine says students and UW staff “rolled out the Badger red carpet,” to welcome Holm back yet again (he was here in 2013 as the commencement speaker, too).

Holm, Anderson and Devine are also co-producers of the movie, and worked on the story together. Their characters are similar to the roles they play in “Workaholics” — three recent college grads working dead-end jobs and spending most of their time messing around or partying instead of working.

Despite their real-life accomplishments (Holm currently stars in NBC’s “Champions,” Devine has starred in “Pitch Perfect” and Anderson starred in the critically acclaimed comedy-drama “Dope”), Holm says him and the guys are actually exactly like their on-screen characters.

“We’re like werewolves,” Anderson says. “We turn into our characters after midnight when the moon is full.”

In all seriousness, Anderson says what rings true both on screen and in real life is their friendship. In both “Workaholics” and “Game Over, Man!,” they “ratchet up” their personalities, but not their relationship. 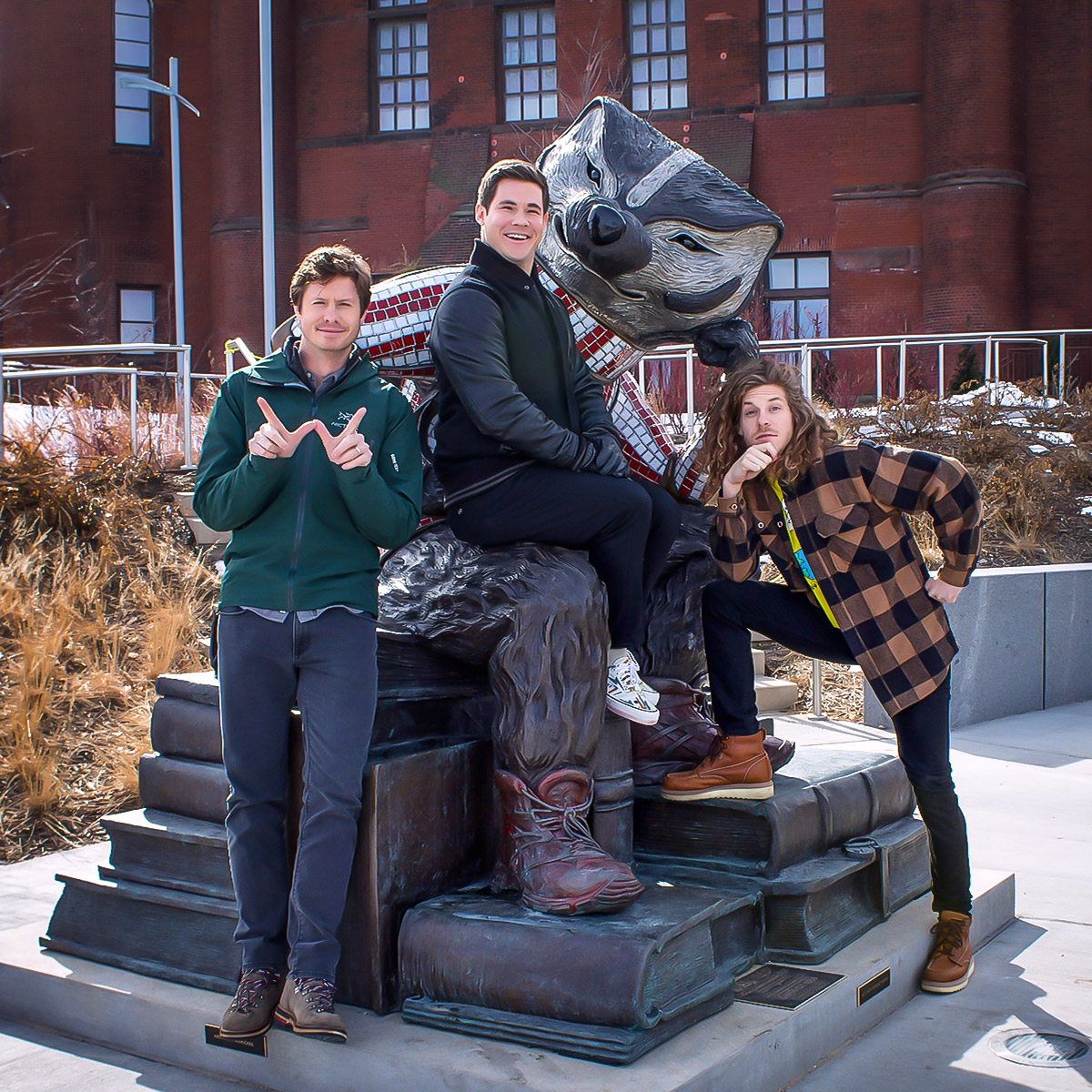 “You can tell that we’re not just actors that are just slapped together,” Anderson says. “We do have that love for each other and that friendship and I think that translates to the screen pretty well. So that’s very real.”

In contrast to their onscreen characters, Devine says they’re starting to get more mature because “the older you get, the more adulty you get, just by accident.”

But for current UW students who are afraid of their imminent adulthood, Holm says he thinks the cutoff for being able to get away with acting completely immature is age 25.

Devine says students should stay in college as long as possible because they’ll look back on it as the best time of their lives. While in town Holm, Devine and Anderson planned to get another little taste of college life — Wisconsin style.

Anderson had been to Wisconsin before, and was warned that the ice cream and cheese were delicious. “All the dreams were fulfilled” when he was here last time, so he knew a milkshake was in his future.

“We’re going to go to the fields and pet badgers — wild ones,” Devine says.

Anderson and Devine say their favorite part of Madison is the lake. Holm says “you can’t beat” sitting by the Terrace, especially when the sun comes out.

Devine goes to a lot of college towns while doing stand up comedy shows, and he says Madison really is one of his favorites. He hopes to come back with Holm for a Badger football game between Wisconsin and Nebraska, where he’s from.