The Student Personnel Association recognized eight distinguished UW–Madison employees for their work in student services during its annual reception April 11.

Since its establishment in 1956, the SPA has worked to foster connections between individuals who work with students to support, enhance and reinforce the learning mission of UW–Madison. Membership is also open to student services professionals from around the area, including Edgewood College and Madison College. 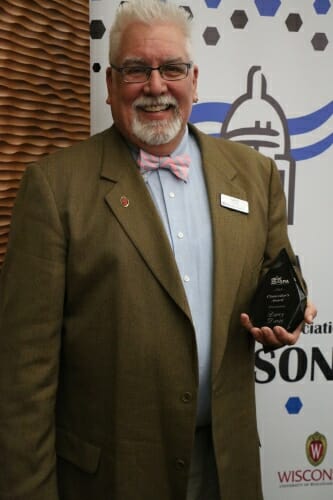 Larry Davis, associate residence life director, received the Chancellor’s Award — the association’s highest honor — for his contributions to University Housing and residence life. The award recognizes campus leaders for making an impact on student services, particularly beyond the scope of their office, as well as distinctive contributions throughout campus in all aspects of the recipient’s professional and personal life.

“His depth of experience with individual students, as well as university systems and policies, make him an invaluable advisor, consultant and collaborator,” said Healthy Campus team manager Katherine Loving. “We can count on him to prioritize learning in his relationships and interactions with students, and lucky for us he extends that ethic to his colleagues as well.”

Davis’ colleagues emphasized his willingness to help others and his impact on University Housing, especially with suicide prevention, substance abuse prevention and mental health promotion. He has also helped to oversee diversity initiatives and academic programs in University Housing, as well as the student misconduct process within residence life at UW–Madison. 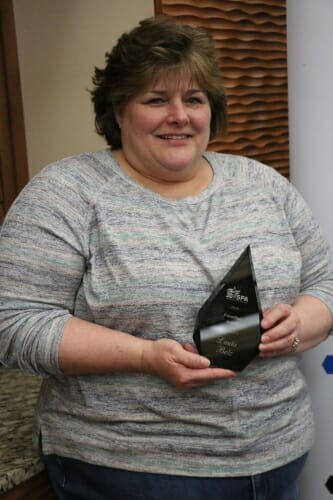 The Frontline Award recognizes a university staff member who positively influences students’ perceptions of the university, either as the first person a student meets or as one who works “behind the scenes” in a program.

Linda Belz received the Frontline Award for her work in the Division of Student Life, particularly in the financial sector. Those who nominated Belz said they admired her positive attitude and willingness to help both students and coworkers. 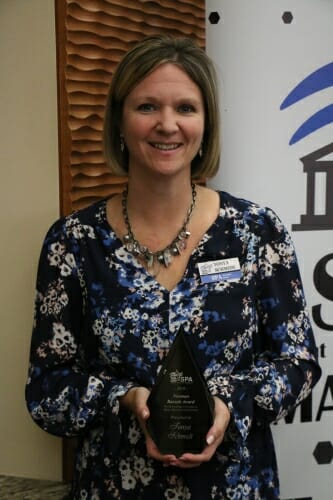 Tonya Schmidt, assistant dean of students and director of Student Conduct and Community Standards, was honored with the Norman Bassett Award, which recognizes excellence in student services work of 10 years or more and distinguished achievement in developing new, creative and effective programs to meet student needs.

Schmidt’s nominators commended her efforts to address sexual assault on campus and alcohol use among students.

“Being an educator in the field of conduct is a unique challenge that requires patience, supreme confidence and a strong belief in yourself,” said Kevin J. Helmkamp, associate dean of students. “Tonya possesses these qualities and many more as she leads her team in tackling complex issues with an eye to both accountability and compassion.” 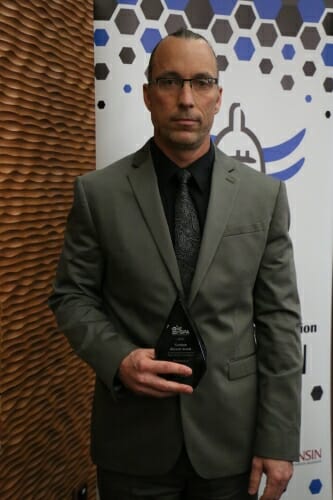 Tiedt was nominated by colleagues for his significant role in supporting student-athletes. He has developed multiple programs for student-athletes throughout his tenure at UW–Madison, including inclusion initiatives and mental health resources. 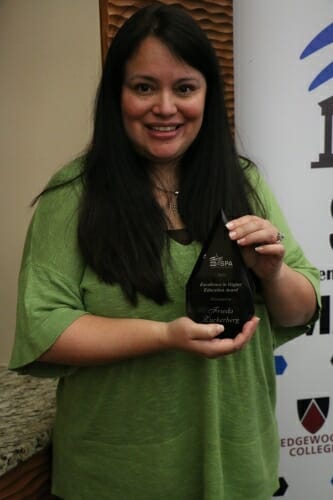 Advisor Frieda Zuckerberg was presented with the Excellence in Higher Education Administration award, which distinguishes a leader for their effective qualities and practices in student services.

Zuckerberg plays an active role in the Office of Undergraduate Advising and the Learning Community Program. She was nominated by associates in various departments for her creation of “The Gatherings,” a support group for first-generation graduates who work at UW–Madison.

The program allows members to share their experiences with other graduates and to create resources for current first-generation UW–Madison students.

“As members of the community, we experienced the care, compassion, and hugs that are waiting for you whenever you see Frieda and especially when greeted in the Gatherings,” said a nomination letter from a team of people involved with the Gatherings. “The space felt warm, brave, and  sacred because of her concerted effort each meeting to be clear about the purpose of our group.” 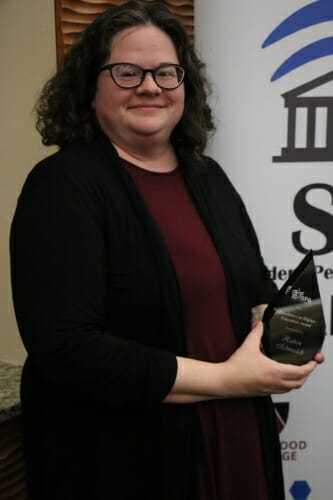 “Robin works to ensure activation and lively programming at Union South, especially in The Sett and outdoor spaces,” said Mary Russell, director of education and art programs for Wisconsin Union. “She collaborates with other Union staff to develop and sustain marketable identities for Union South programming spaces and foster a reputation for each space as a premier destination on campus. 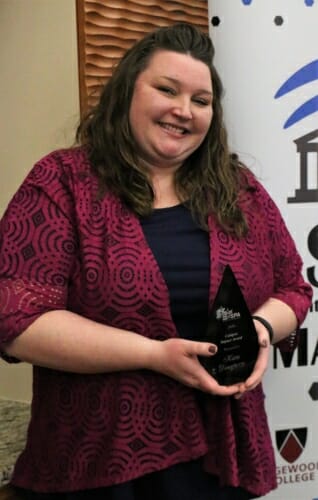 The Campus Impact Award was given to Kate Dougherty for her significant impact at the university in fewer than five years.

Dougherty serves as the student assistance specialist in the Dean of Students Office. She has implemented multiple campus-wide events focusing on mental health and the well-being of students, as well as promoted social justice efforts across campus.

“Kate is a dedicated student services professional, a change-maker and a contributor to positive campus climate while simultaneously providing a wealth of knowledge to the campus community,” said student conduct coordinator Erin Strange. 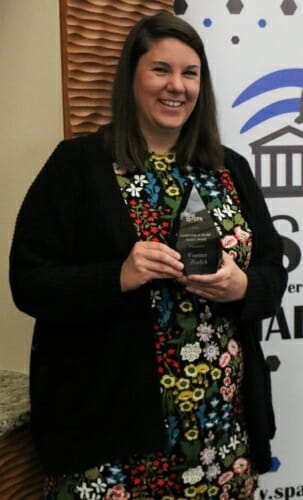 Wisconsin Union Directorate music committee advisor Courtney Byelich was granted the Leadership in Social Justice Award. The award is dedicated to a recipient who demonstrates leadership and courage while initiating a more socially just learning and work environment for students and staff.

“Courtney has worked over the years to channel the committee’s desire to be a diverse, eclectic, socially just, safe music program into tangible actions,” said Wisconsin Union director of education and art programs Mary Russell.

Byelich has implemented various programs during her time at the WUD, such as mentorships to keep diverse, young professionals in the Madison area and a functioning gender neutral bathroom system at university concerts. 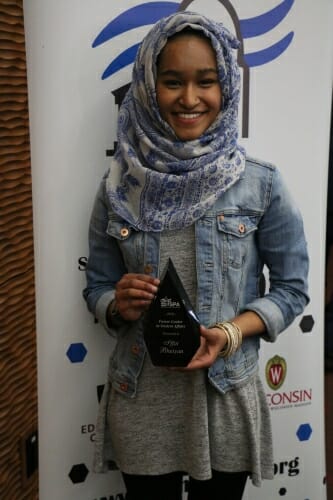 The SPA also announced Iffat Bhuiyan as the winner of the Future Leader in Student Affairs award. The honor is intended to recognize students who have expressed interest in pursuing student affairs and have provided exceptional service to other students during their time on campus.

Bhuiyan holds many leadership positions in organizations at UW–Madison, including director of the WUD alternative breaks committee and president of the Wisconsin Union.

“As Alternative Breaks Director, Iffat helped to create immersive experiences for over 100 students that delved into critical service learning issues such as the environment, education, immigration and poverty within the United States,” Bhuiyan’s advisors Mark Guthier and Heidi Lang said in a nomination letter.

They also recognized Bhuiyan for her site leader program, which ensured a deeper reflection in students while on Alternative Breaks service trips.

“Because of the site leader program, trip participants reported greater learning outcomes, a deeper connection to trip participants and interest in bringing back what they learned on campus,” Guthier and Lang wrote.